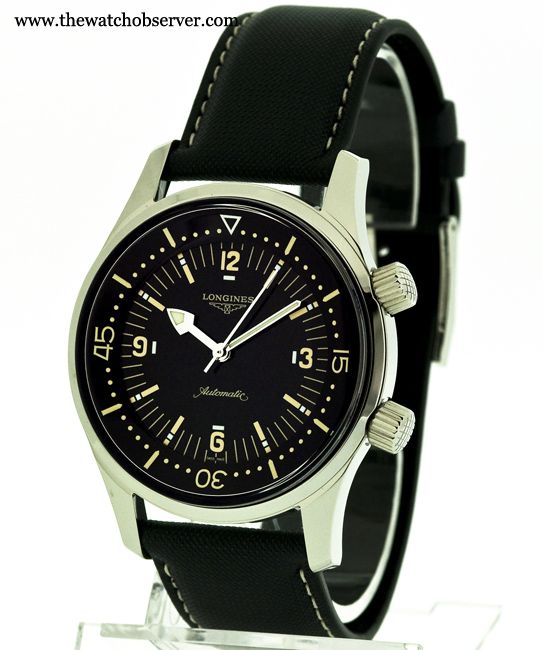 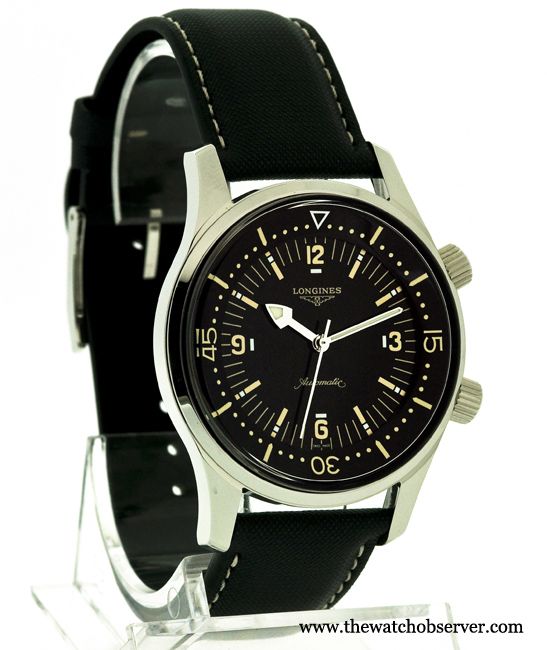 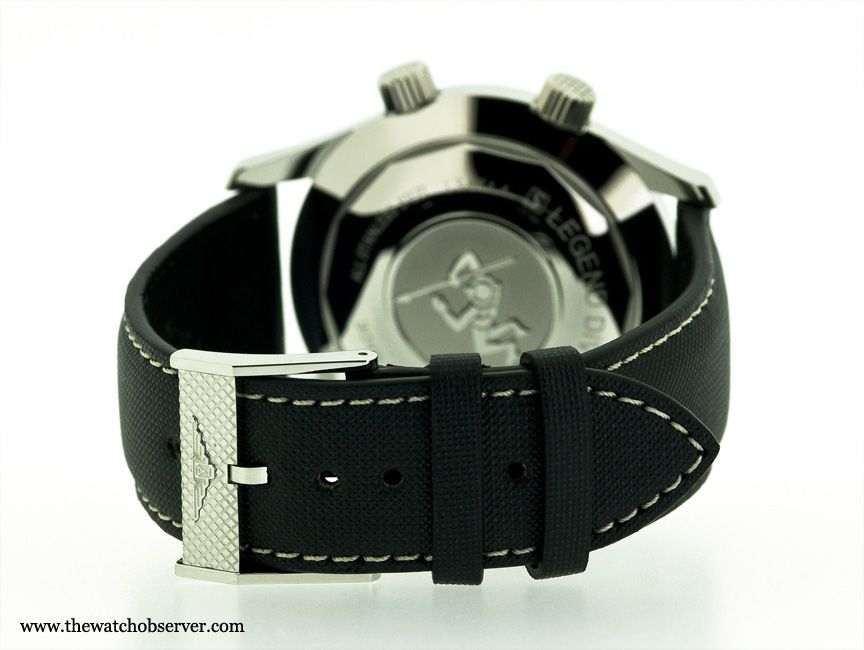 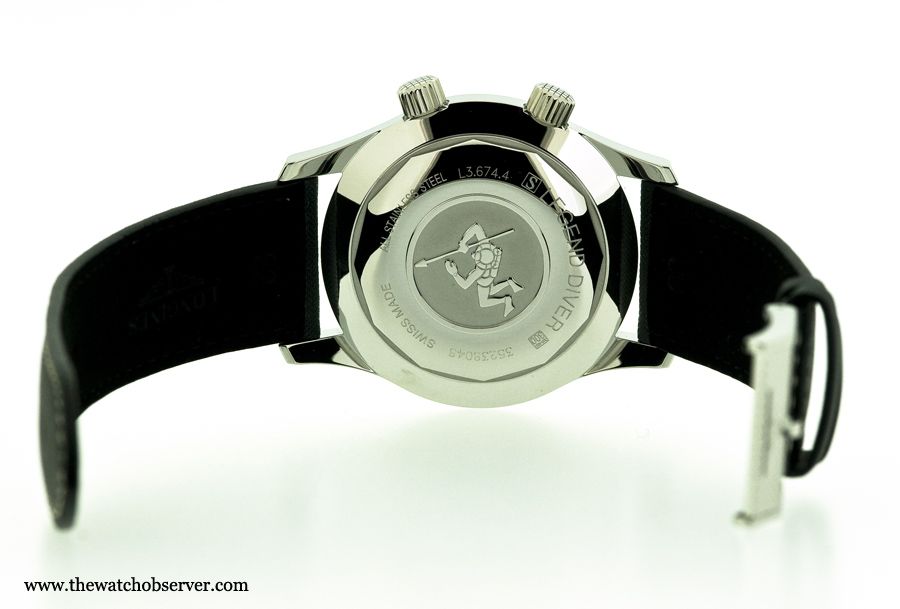 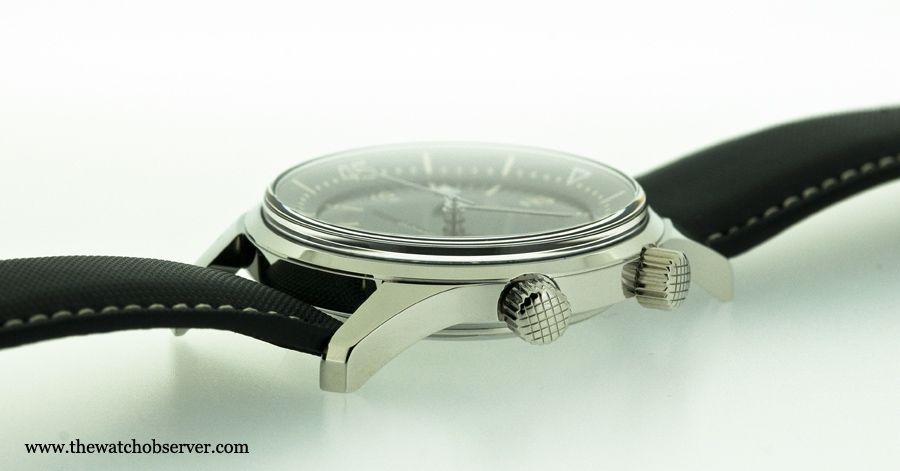 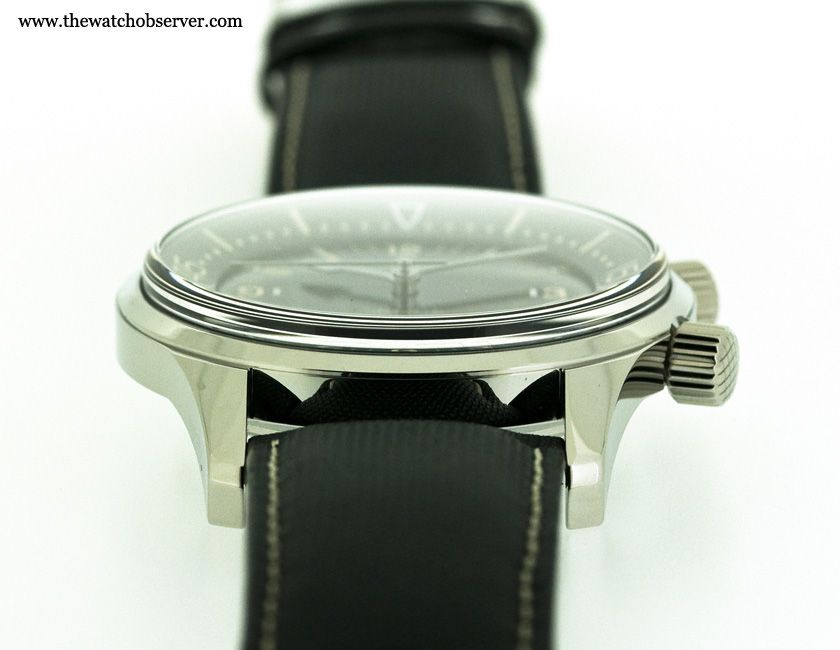 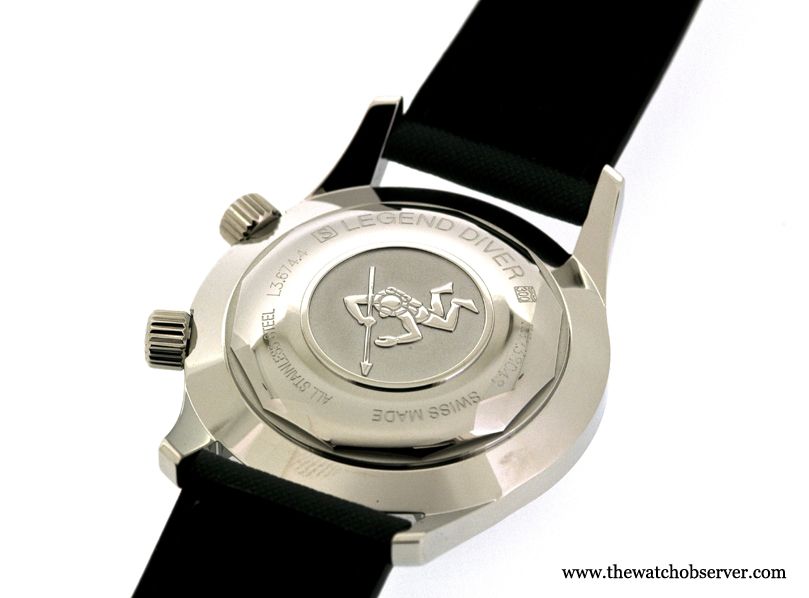 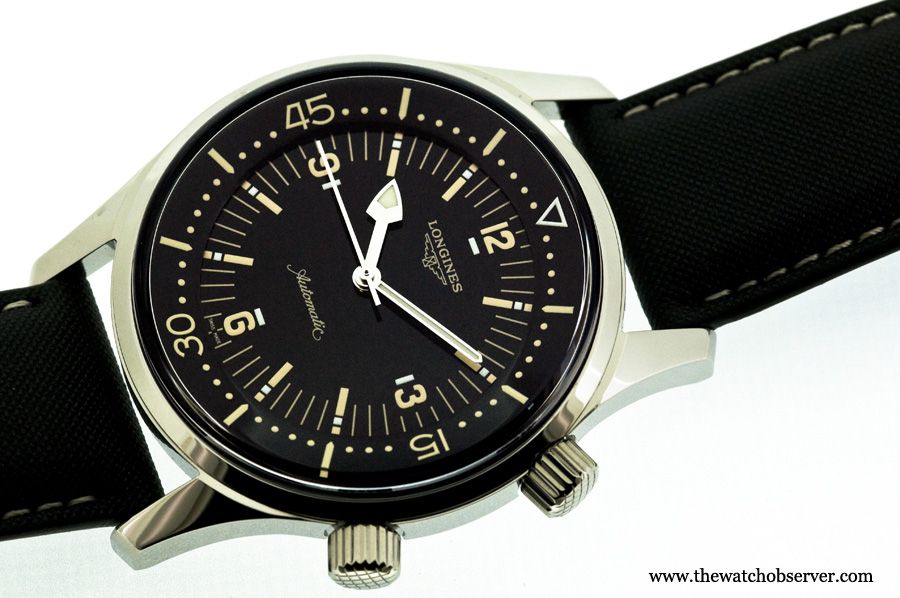 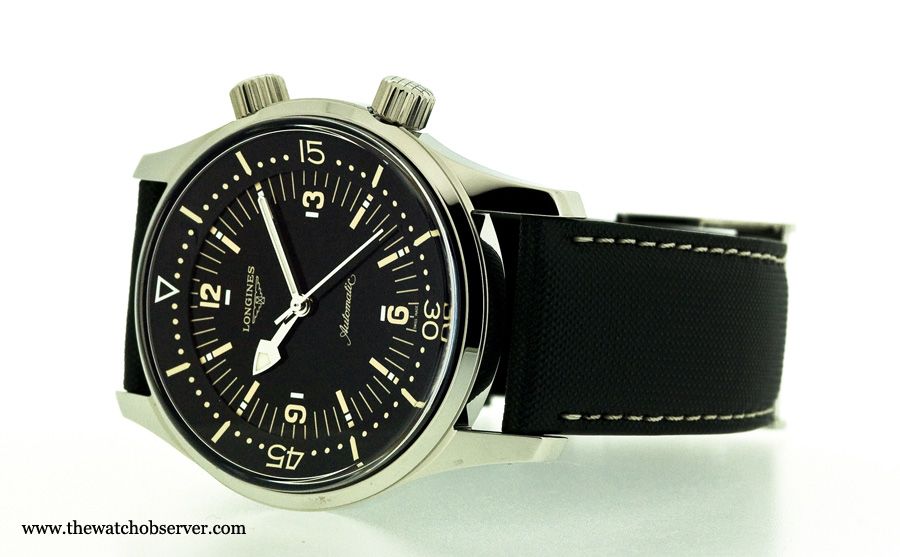 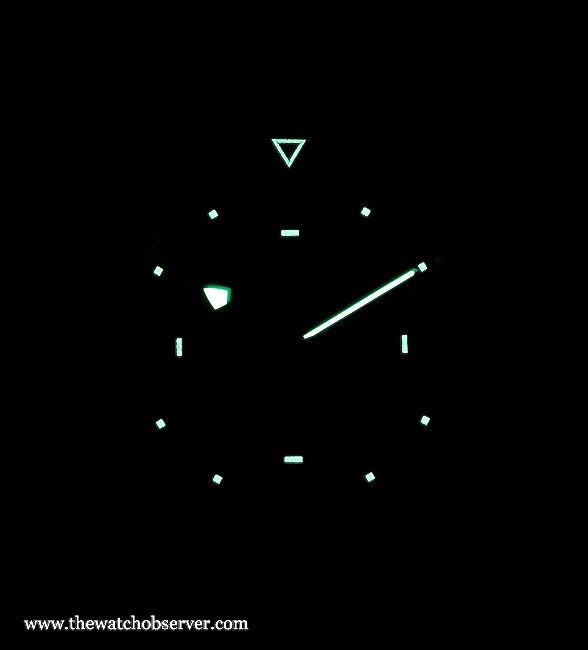 A leading brand in the 30’s through the 50’s, Longines, after its integration with Swatch Group, went through a “floating” period when it was trying to become a mass market watch.
In particular with models that, while high in quality, lacked personality.

The introduction of the “Sports Legends” line, designed to revive Longines’ legendary models from its golden age, was a great surprise for lovers of watchmaking.
This Legend Diver model is one of the best example of this line.

The Legend Diver’s case is an exact replica of its older sister’s from the 60’s.
Like many dive watches from that period, the case has a rotating internal bezel and two screwed-in crowns.

The whole concept of this Longines has been conceived down to the upmost details: the case’s polished finish is well executed; the screwed back has a nice engraving on it, and the crowns are striated and thus easy to manipulate.
Nicely done!

Furthermore, the “vintage” drawing of the case, with its long lugs, provides noticeable personality, despite a reasonable 42 mm diameter. Thanks to its reasonable weight of 87 grams, the Legend Diver proves to be very comfortable once put on.

The main strong point of this watch is its anti-reflective sapphire glass which reclaims the “domed” form of the plexiglass design of yore, and gives coherence to the watch as a whole.

We should note that such sapphires are quite expensive to manufacture: thus, certain reputable brands don’t hesitate to use them exclusively on its most expensive models.

The lacquered dial is also conform to the older model, with particular attention paid to the markers, with an eggshell color similar to the one a 40-year old tritium dial would have today…
A real delight for the knowledgeable connoisseur! 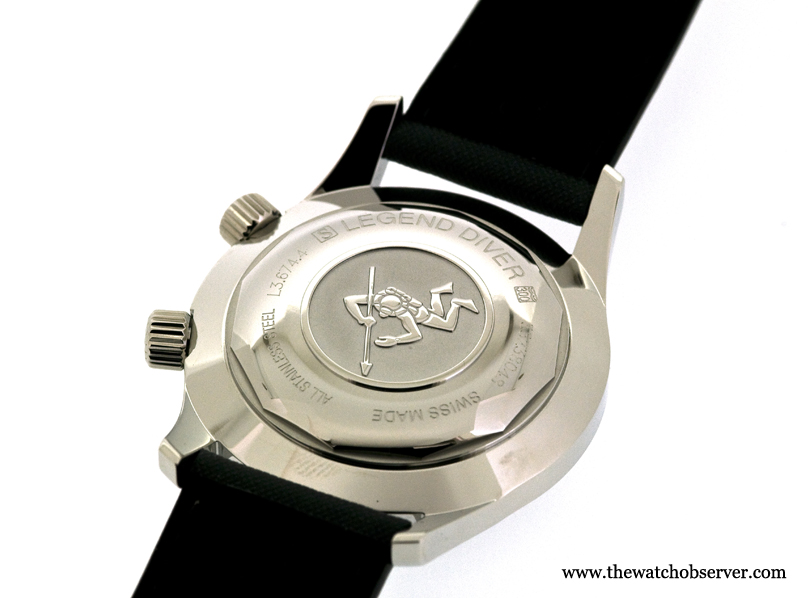 Vintage from the 21st Century

But don’t be fooled by its vintage appearance!

Waterproof up to 300 meters, it’s a genuine diving watch, totally suitable for diving.

Finally, the old fashion charm of this reissue gives it certain polyvalence in its usage. While very at ease with casual wear, it will not shock anyone when worn with a formal suit.

Only downside: its nylon strap.
While well-executed esthetically, it doesn’t really historically fit with the rest of the watch.
However, it can be favorably and easily be substituted with a NATO or a Tropic rubber strap for less than 50 Euros.
Overall, nothing crippling.

Let’s finish with a detail that is nonetheless important to the connoisseur: the jewelry box, or presentation-case.
On the whole, Longines did not cut corners to set this line apart from the rest of its production: the case that comes with the Legend Diver is made out of wood and leather, and greatly complements the watch.
Unheard of for this price range!

The Legend Diver is a self-winding watch that will seduce the knowledgeable connoisseurs that appreciate its vintage charm along with its modern capabilities.

For less than 1,500 Euros, it is simply an amazing deal: there are very few alternatives that provide a similar “historical legitimacy” and such meticulous production quality in this price range.