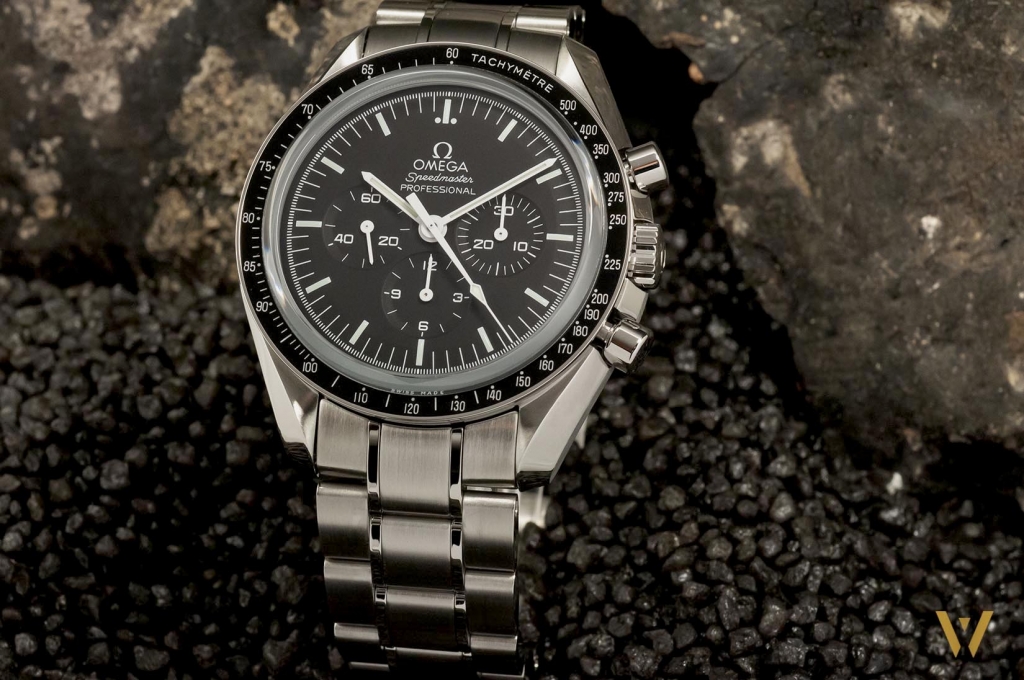 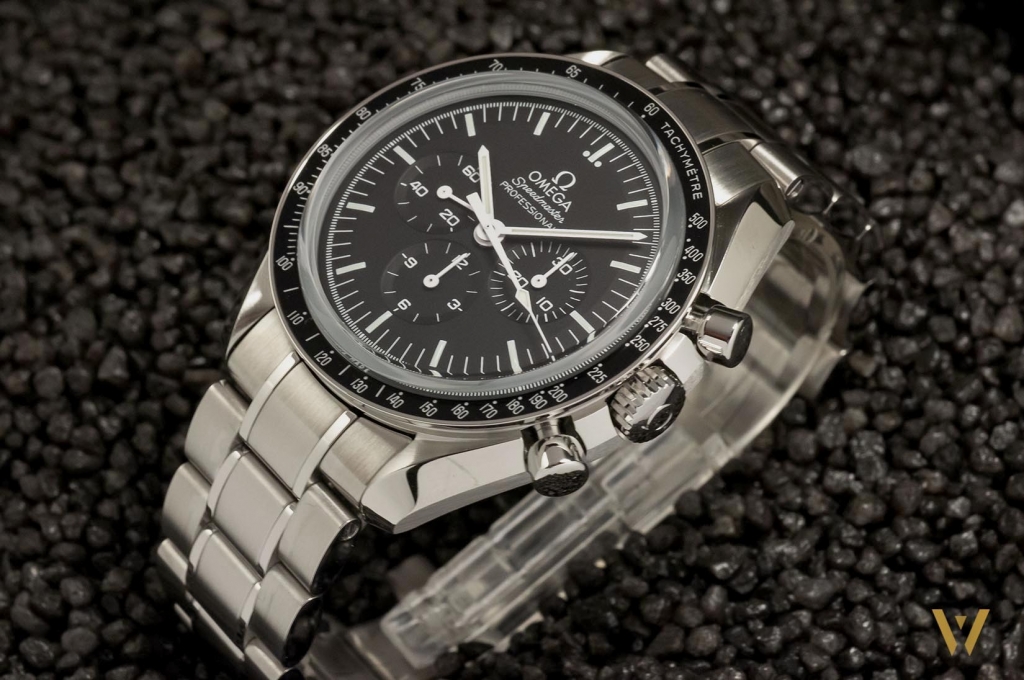 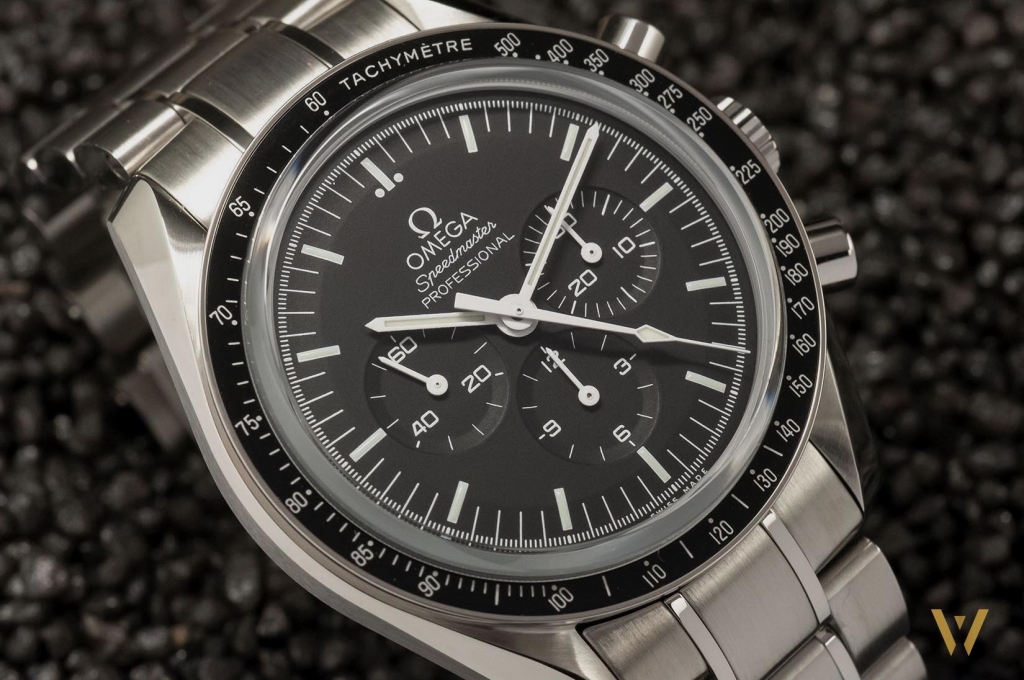 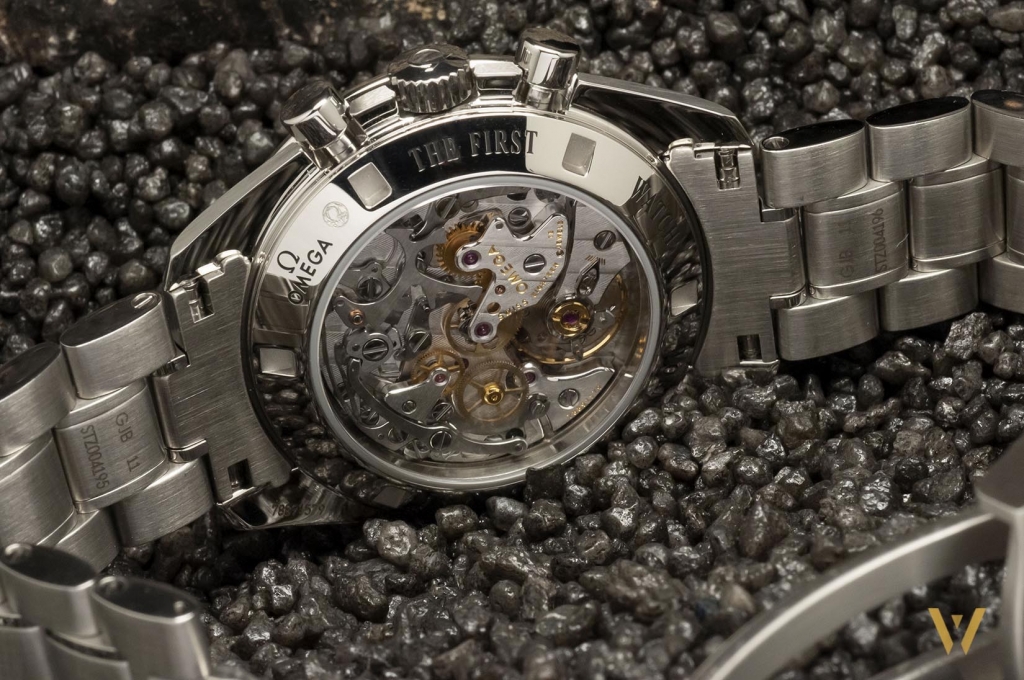 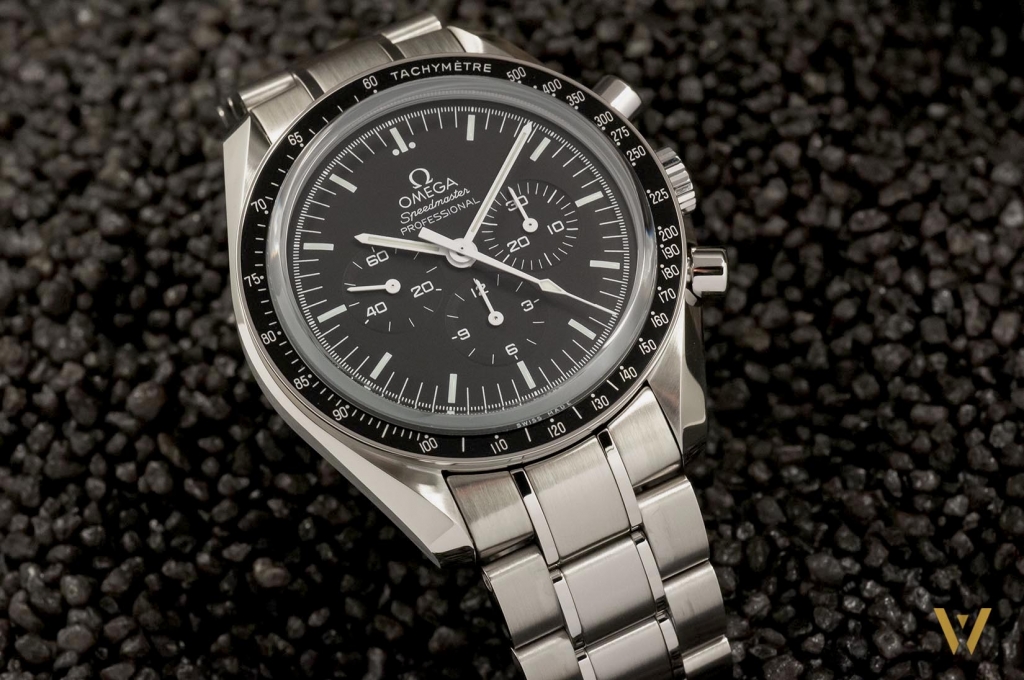 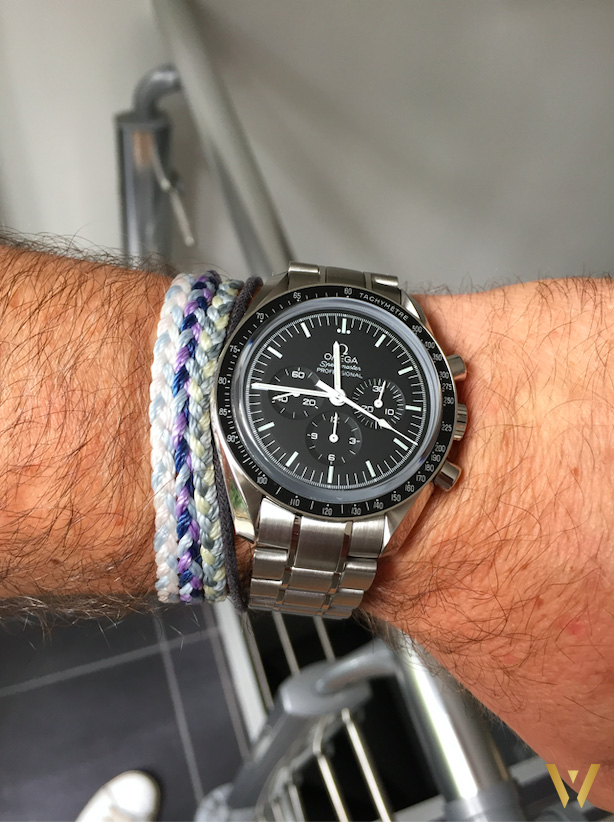 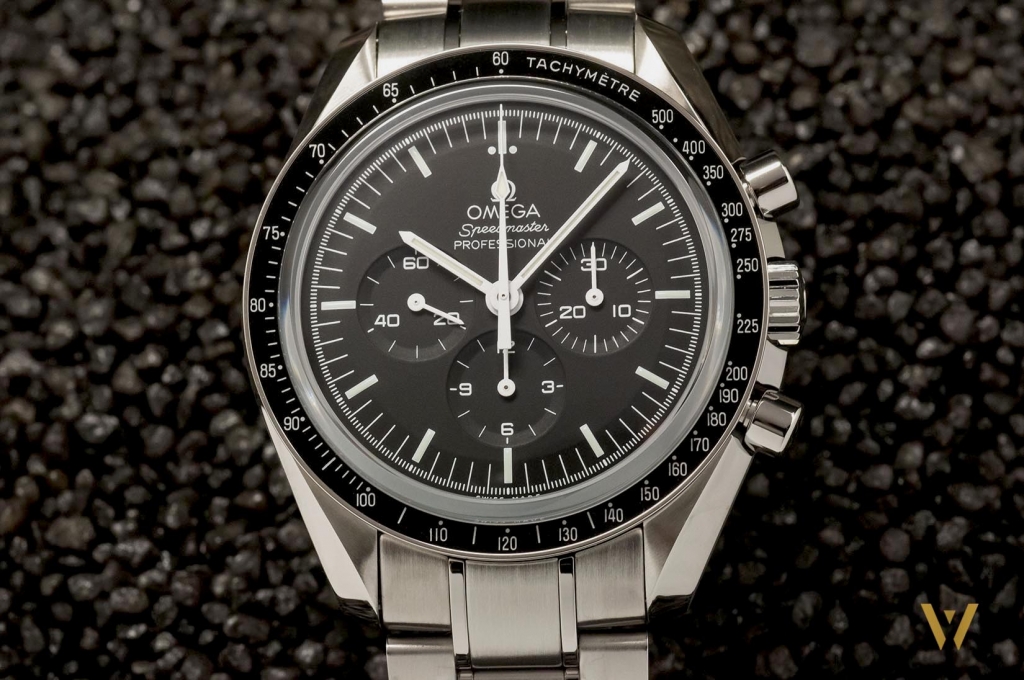 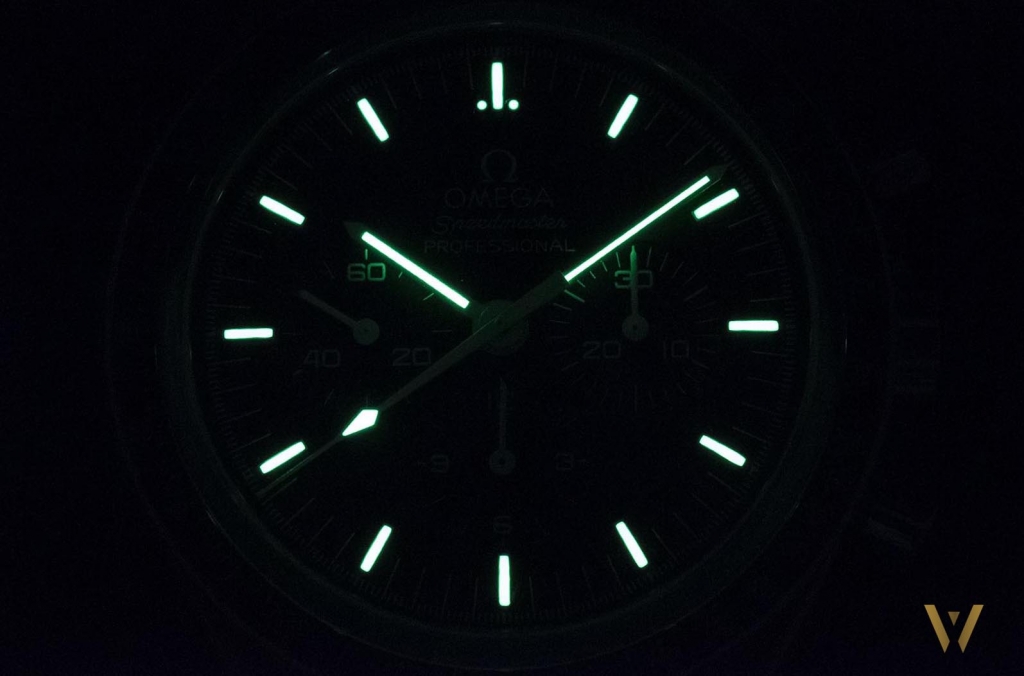 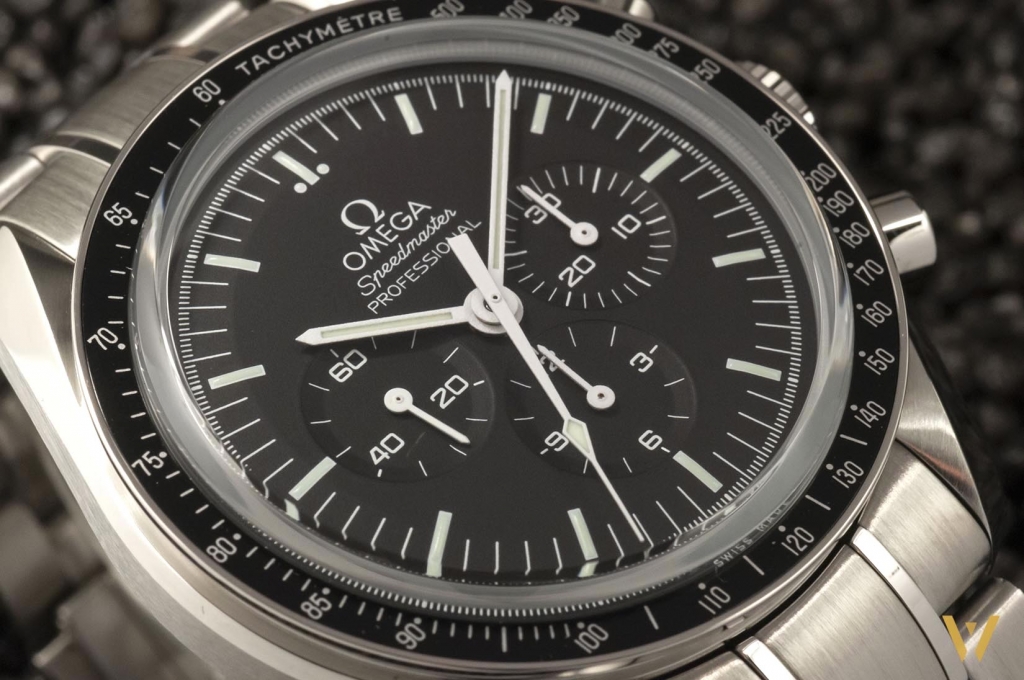 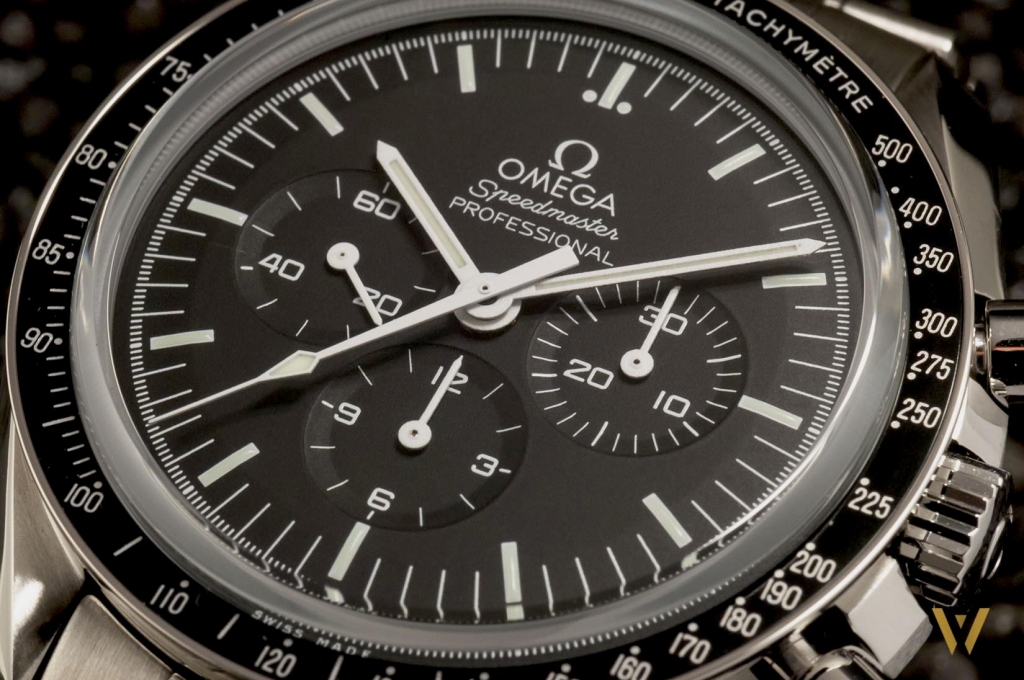 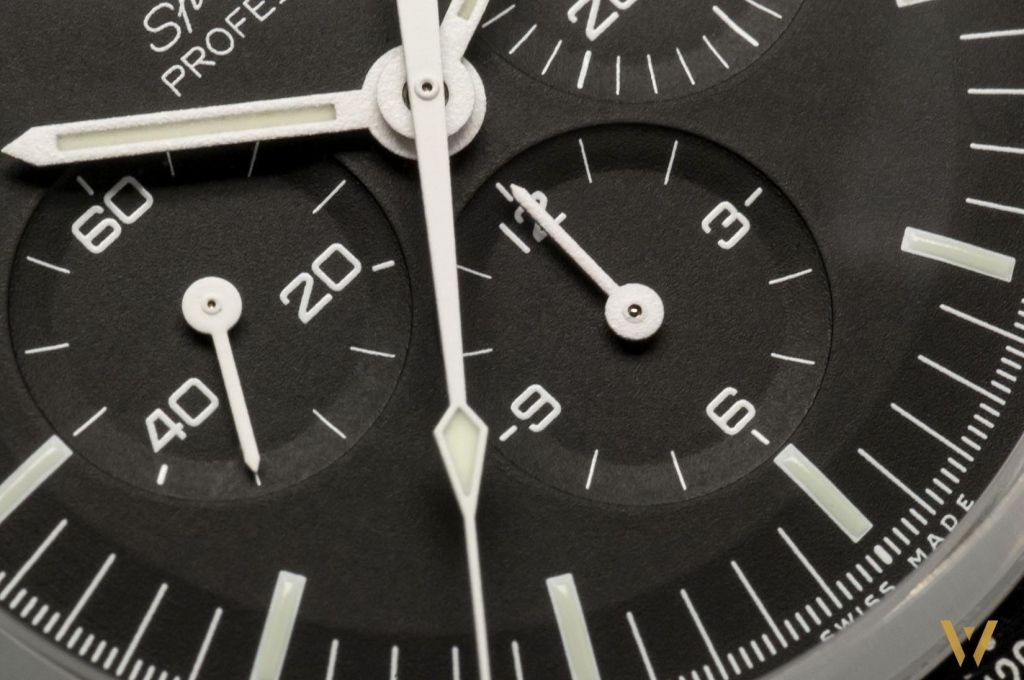 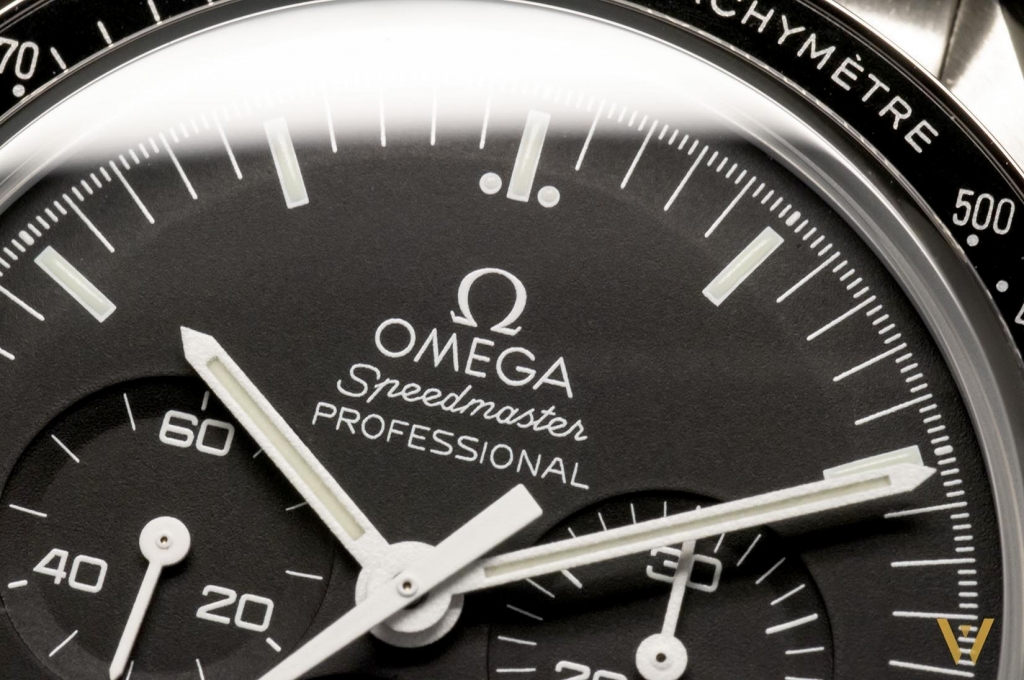 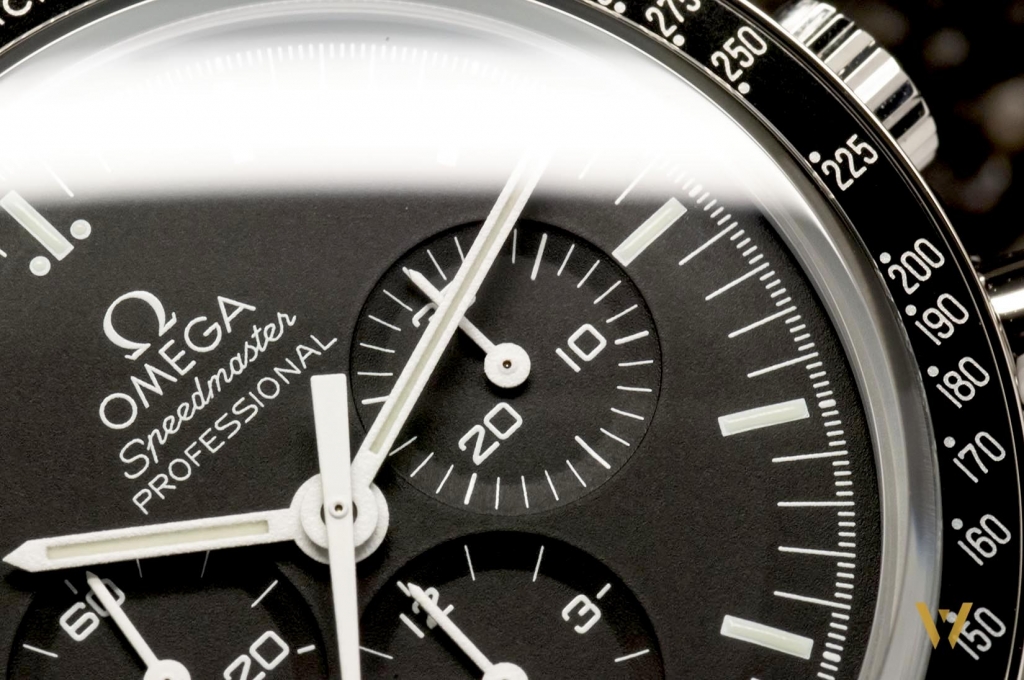 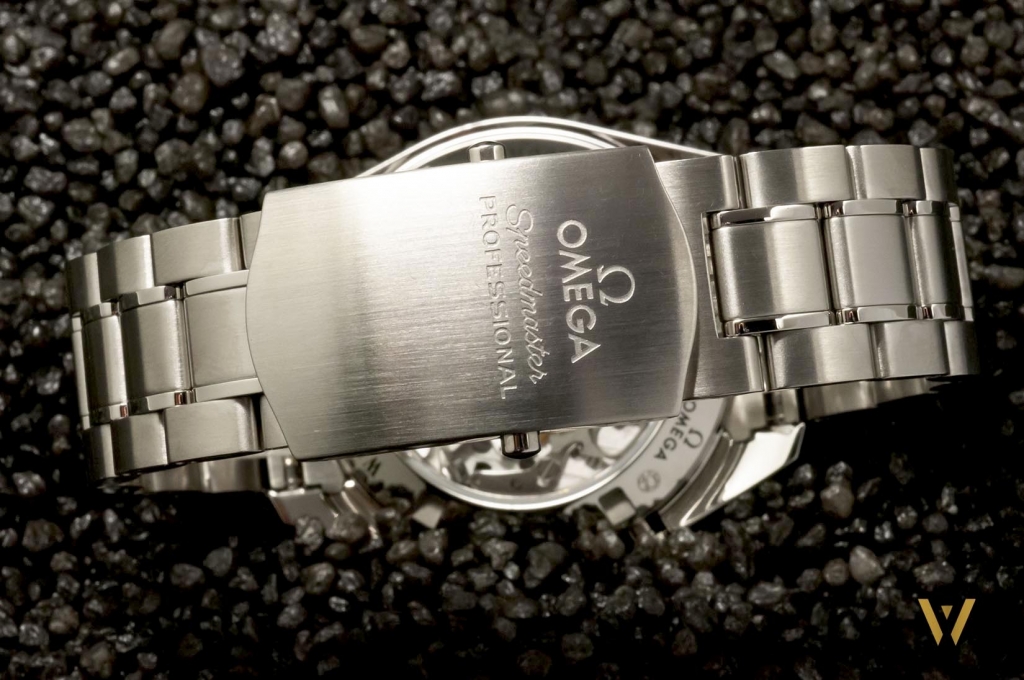 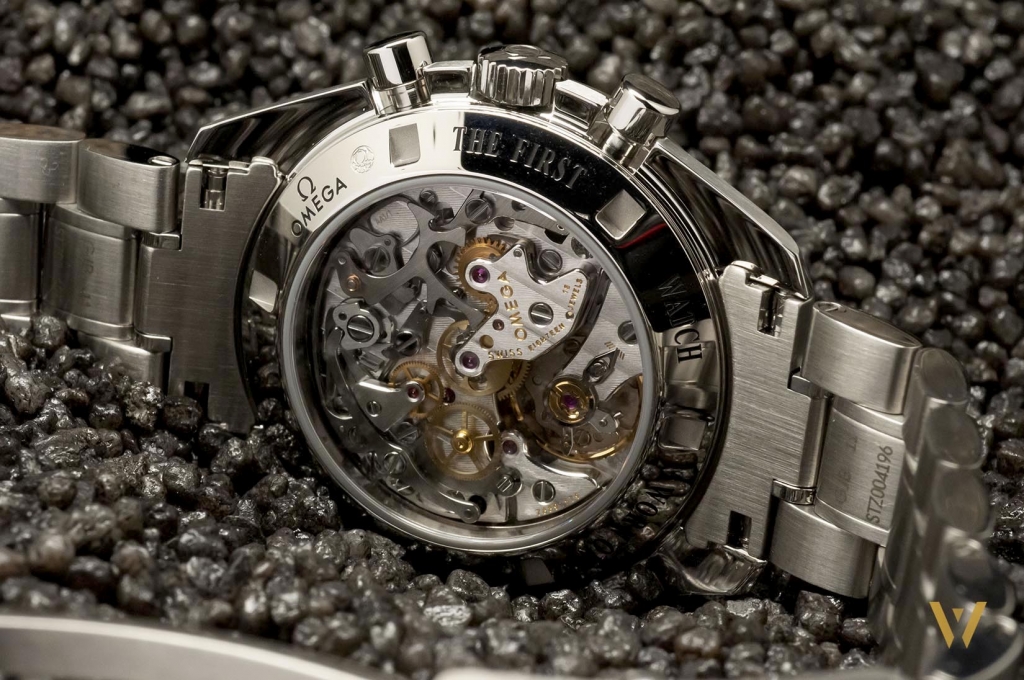 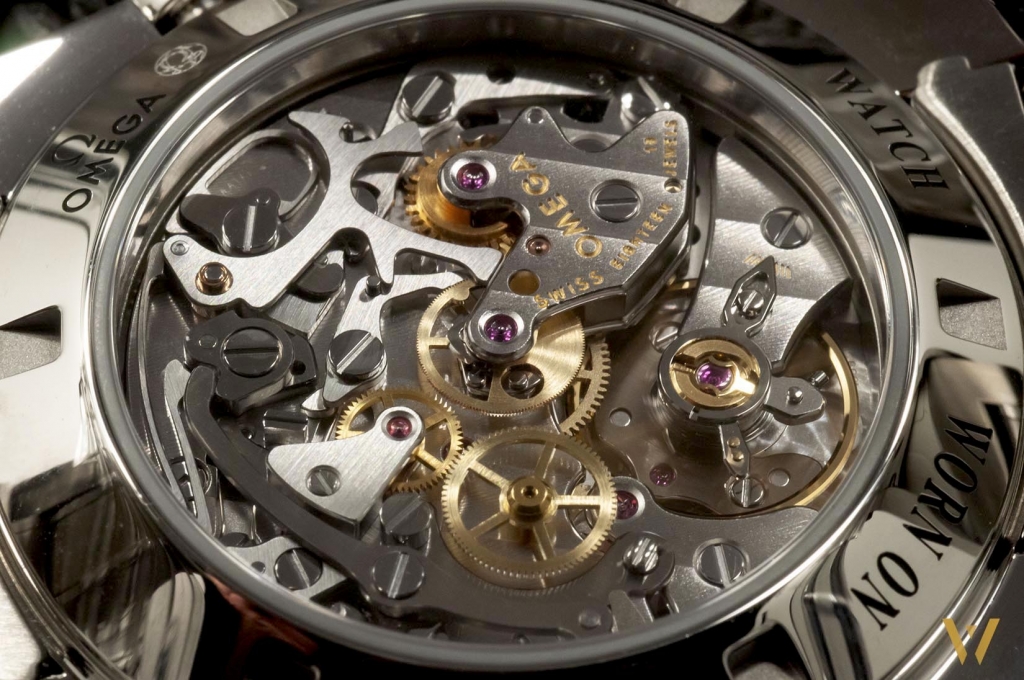 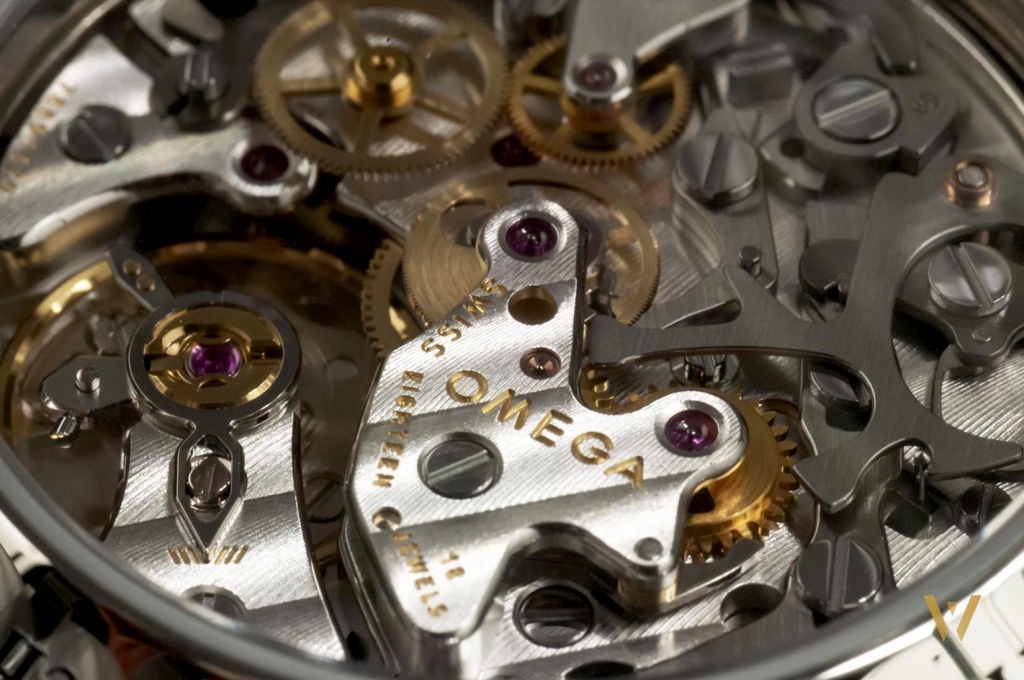 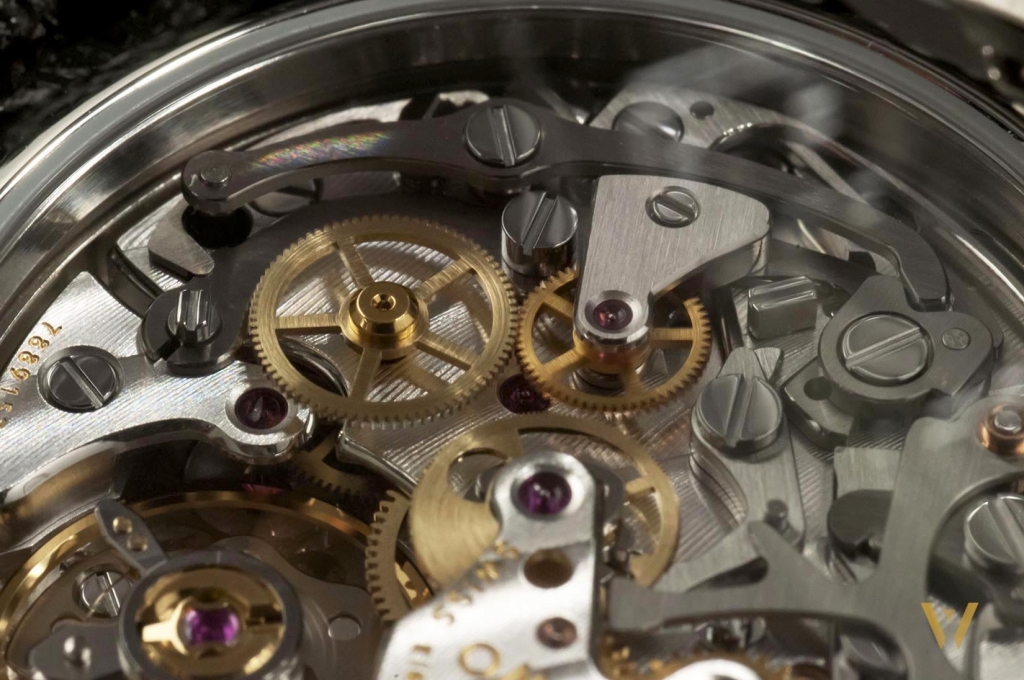 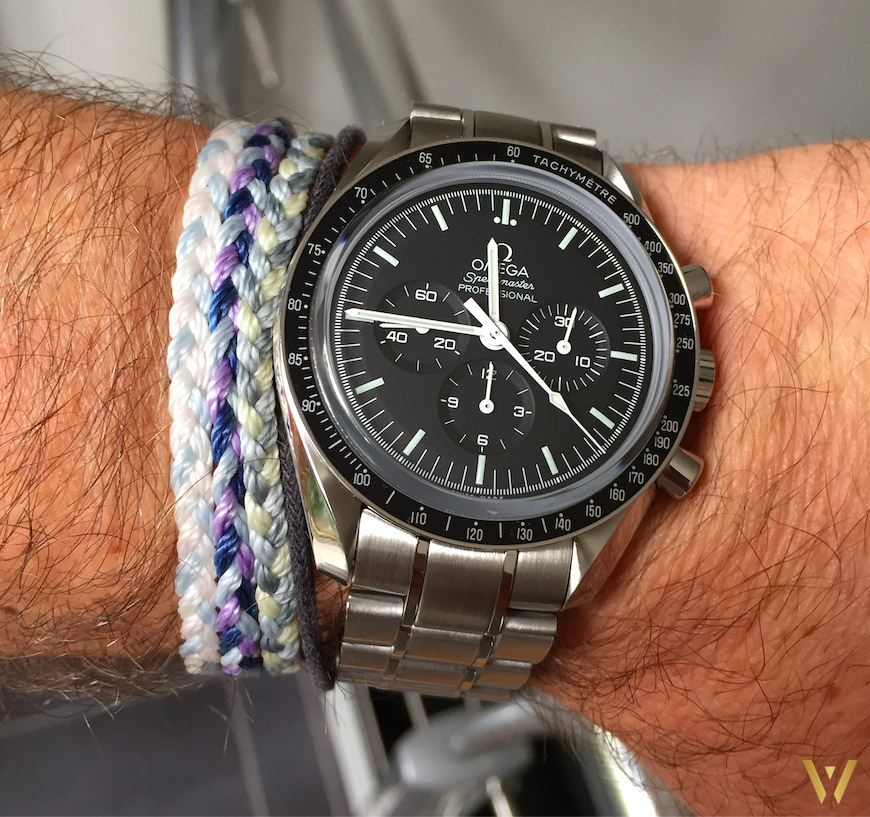 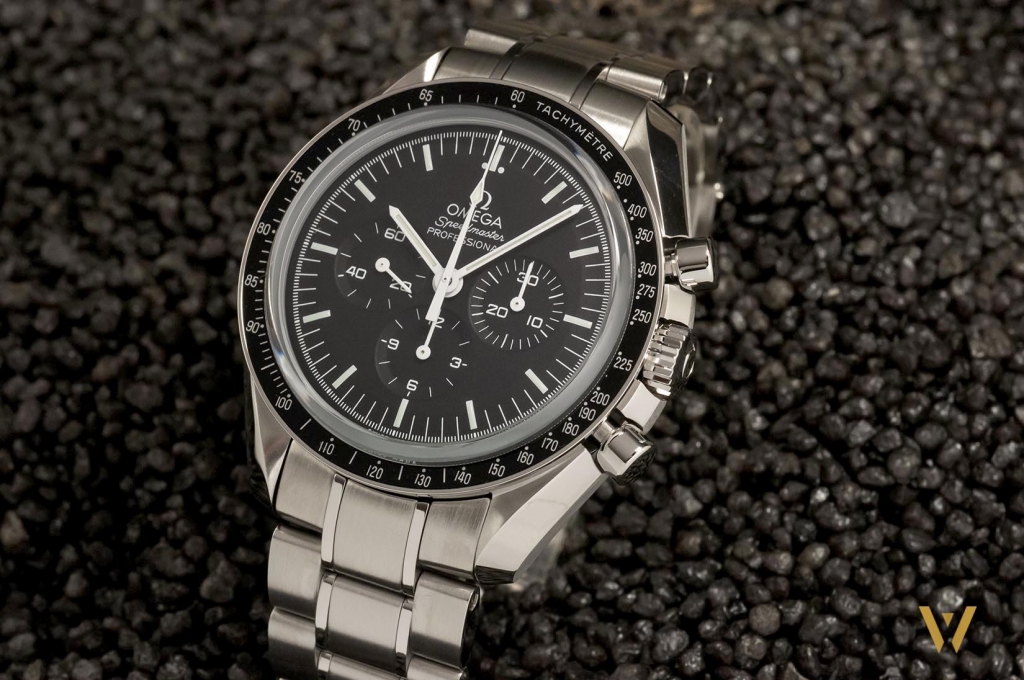 If you’ve said and heard everything about the Omega Speedmaster Moonwatch, you can’t get enough of it. At least not me, who is lucky enough to own one and who wears it on my wrist every time with infinite pleasure.
That’s why I wanted to put this legendary chronograph in the spotlight before reviewing the Caliber 321 version and the brand new Master Chronometer one.

Those who are not really familiar with the Speedmaster Moonwatch may wonder how this Omega watch achieved iconic status.

In my opinion, there are two major reasons that explain its status and the fact that the Speed (for friends) is probably the most sold luxury chronograph in the world.

First of all, the Omega Speedmaster Moonwatch has an absolutely extraordinary history.
In 1962, astronaut Walter Schirra made an orbital flight aboard the Sigma 7 capsule for the Mercury-Atlas 8 mission, wearing on his wrist an Omega Speedmaster which he acquired personally – a Speed ref. CK2998, the second generation of this chronograph.

Very satisfied with his Omega, Walter Schirra drew the attention of his superiors to the performance and reliability of his chronograph.

At the time, NASA astronauts were not equipped with any particular watch.
It is the astronauts of the Mercury mission who will express the wish to be equipped with a watch model capable of accompanying them during their training and missions.

Their request comes at just the right time: a team of engineers has just been appointed to test, select and certify the equipment supplied to NASA astronauts for the Gemini and Apollo programs.

A circular dated September 21st, 1964 insists in particular on the need for astronauts to have chronographs that are both precise and resistant in the context of their future missions.

A set of specifications for this chronograph was drawn up by the engineer James Ragan, who sent it to several watchmaking companies and asked them to send him three models each.

Only four brands responded favorably to this invitation to tender, and the twelve models sent in could then begin a battery of incredible tests that neither you nor I would be able to resist…

I will quote two of them:
– Chronographs are subjected to temperatures ranging from 71° to 93°C over two days and then frozen at -18°C;
– they are exposed to impacts of 40 g in six different directions.

At the end of this series of tests, only the Speedmaster is intact!

But the incredible story of this chronograph does not end here. And I look forward to continuing it very soon, as Omega has just launched the Speedmaster Silver Snoopy Award 50th Anniversary, which I am expecting in the next few days for a test.

Let’s now come to the second reason which, in my opinion, explains the exceptional notoriety and desirability of the Omega Speedmaster Moonwatch.

It can be summed up in two words: functionality and aesthetics.

It is above all its functionality and more particularly its day and night legibility that explains why NASA chose it.
Indeed, the Omega Speedmaster Moonwatch is adorned with a matte black dial which absorbs light perfectly.

This dial is also punctuated with white graduations and markings, like its hands, which offer an optimal contrast from which stems its legendary daytime readability.

At night, the Super-LumiNova coating on the hour markers and hands ensures readability until the morning.

Functional as it may be, the Omega Speedmaster Moonwatch does not forget to be aesthetically appealing.

First of all, it is dressed in a very beautifully crafted steel case: satin-finished twisted lugs (known as lyre lugs to borrow from the collectors’ lexicon) with a wide mirror-polished chamfer, thin satin-finished case middle, mushroom-shaped chronograph pushers, thin and legible tachometric bezel…

It is worth recalling here that the Omega Speedmaster, before accompanying the conquest of space, was intended for speed enthusiasts and other racing drivers.
At the time, it was the first chronograph to display a tachymeter scale on the outside of the dial to offer an optimized reading of times.

To conclude on this point, it is a flawless: the case of the Omega Speedmaster Moonwatch is very beautiful and impeccably crafted.

If its dial is impeccably functional, it is also beautiful.
Slightly curved at the periphery, it is punctuated by three counters hollowed out of the surface which offer a magnificent spectacle to the eye.
There is a 30-minute totalizer at 3 o’clock, a 12-hour totalizer at 6 o’clock and a small seconds at 9.

The Omega Speedmaster Moonwatch owes its tricompax layout to the mechanics on board.
While this legendary chrono is available with a solid steel case back (ref. 311.30.42.30.01.005), Omega also offers a version equipped with a sapphire back.

This is the one I undoubtedly prefer because the view offered by the caliber 1863, a hand-wound mechanical movement with a classic 48-hour power reserve, is a permanent delight.
Its open, almost aerial architecture allows you to see its various components in motion: a spectacle you never tire of!

Omega achieved a masterstroke when it launched the Speedmaster in 1957.
Propelled by history thanks to its intrinsic qualities, the Moonwatch is for me an essential piece in a watch collection worthy of the name.

First of all, it is a timeless chronograph that you will be able to keep all your life without it getting wrinkled and, what is rare, without ever getting tired of it.

Secondly, the Omega Speedmaster Moonwatch is both elegant and sporty, allowing you to wear it in all circumstances.

I only regret the fact that its water-resistance is limited to 50 meters, which means that it should not be worn on the wrist when swimming. It’s a pity.

The Omega Speedmaster Moonwatch is finally of a formidable functionality and discretion that make it a chronograph that is completely irresistible to me.

If its price has increased somewhat in recent years, this Omega watch still benefits from an excellent quality/price ratio compared to what the competition offers, with Rolex at the forefront with its Daytona selling for more than $13,150.

In conclusion, the price increase for the Omega Speedmaster Moonwatch has been accompanied by a very nice new package including, in addition to the steel bracelet, two additional straps (a NATO one and an astronaut’s Velcro strap) and the necessary tool to switch from one to the other.