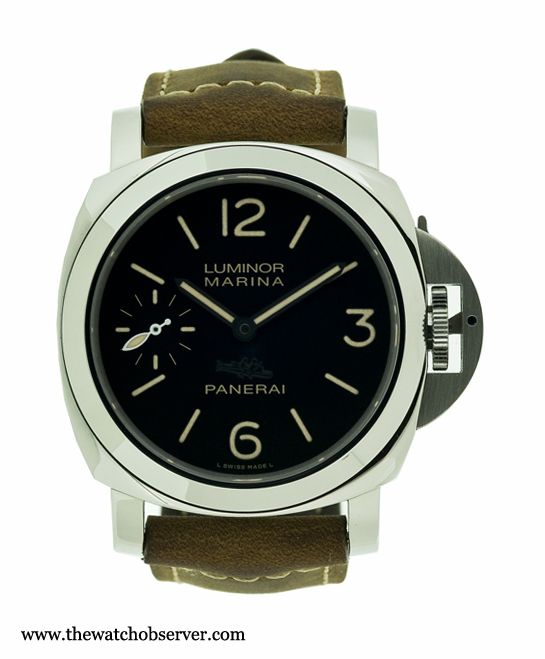 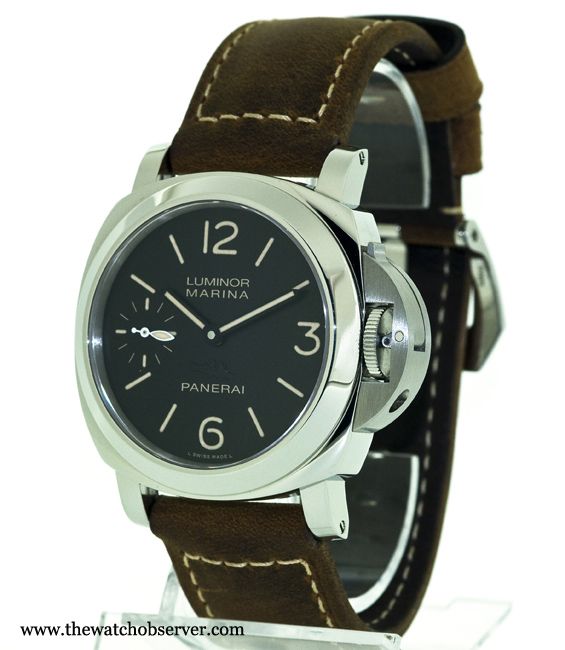 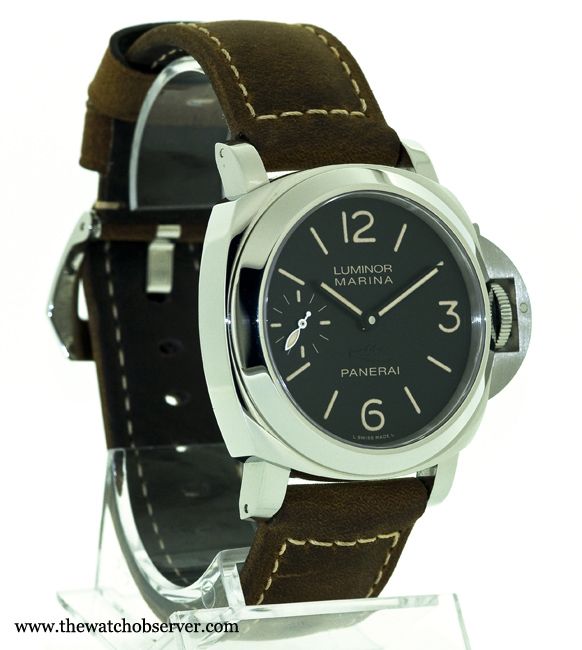 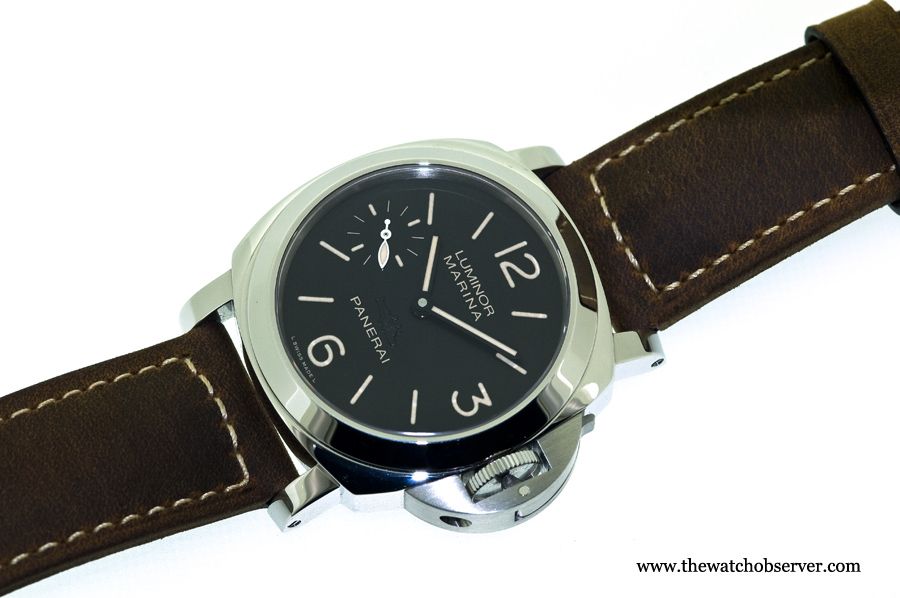 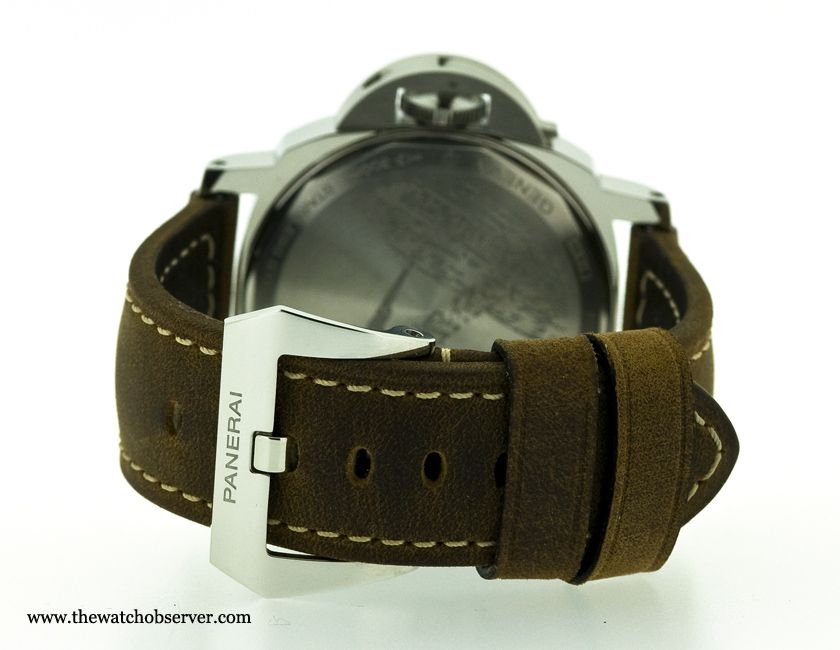 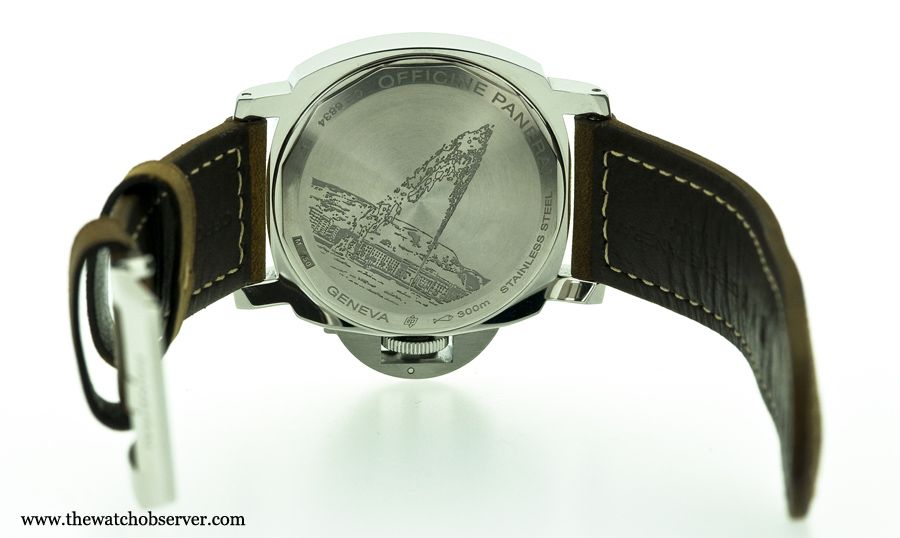 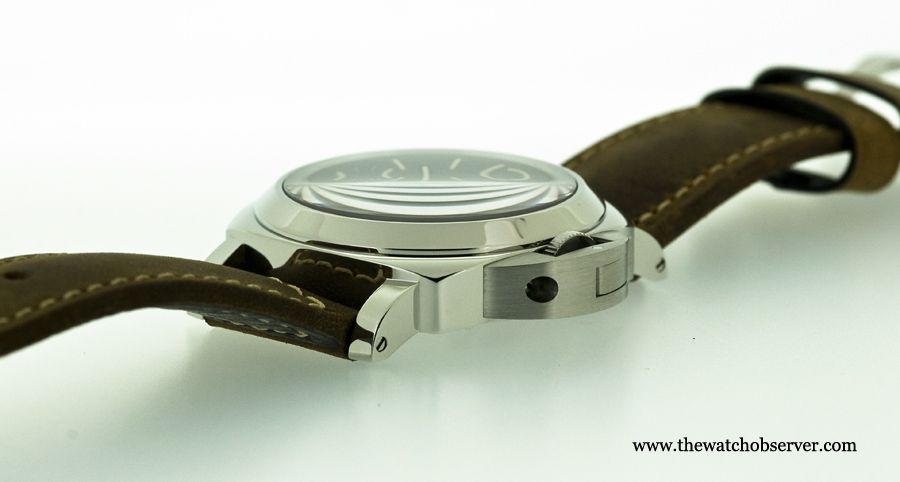 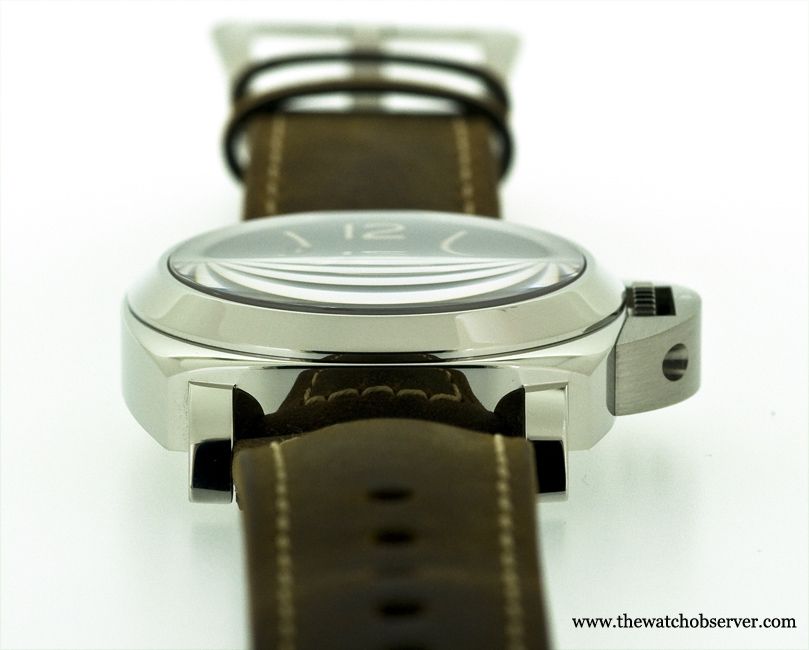 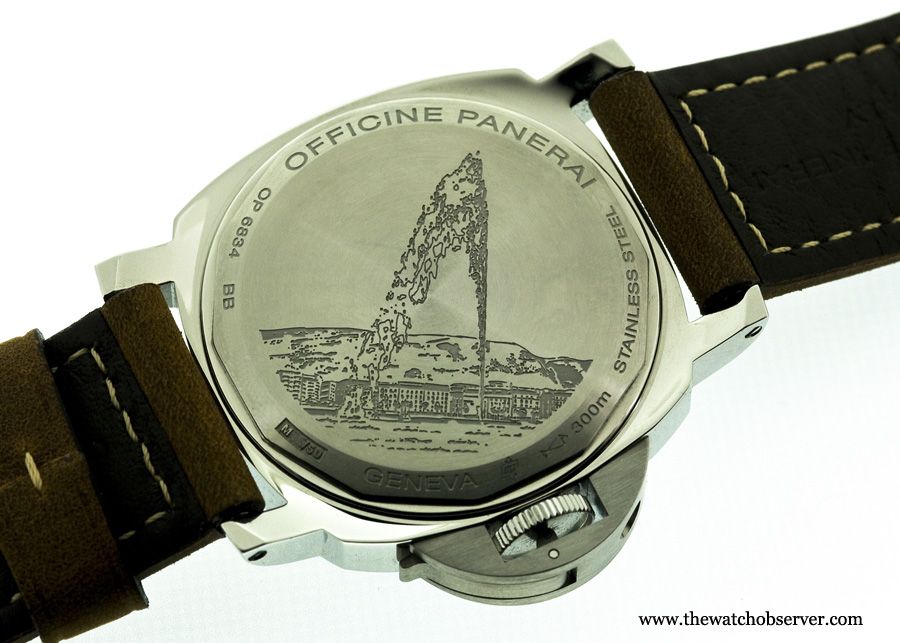 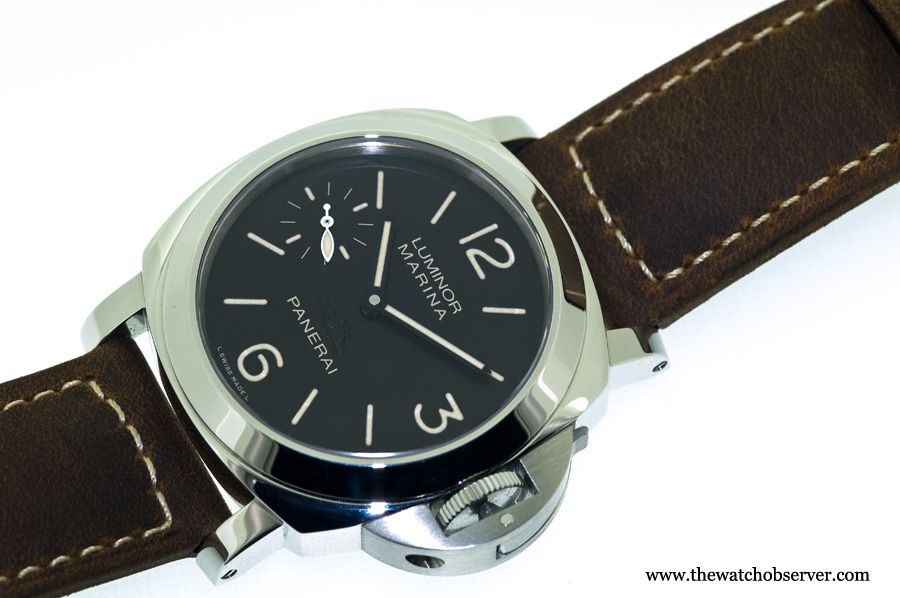 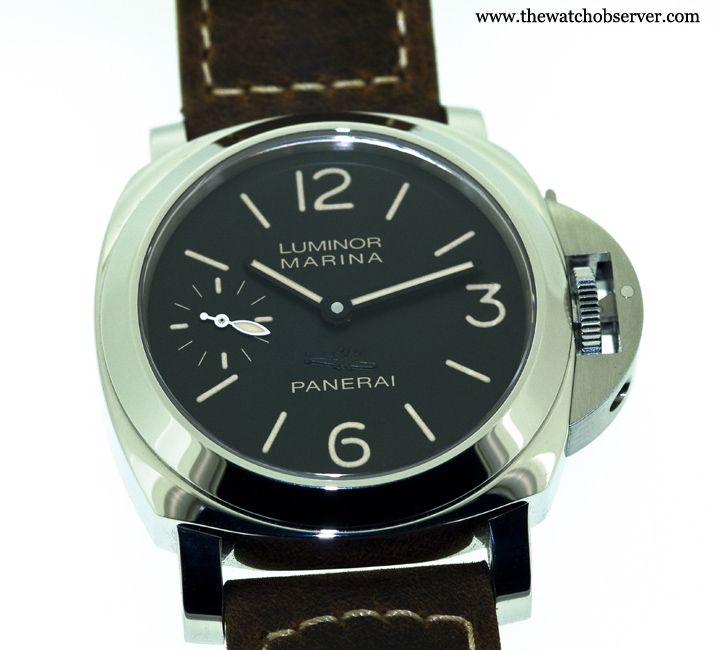 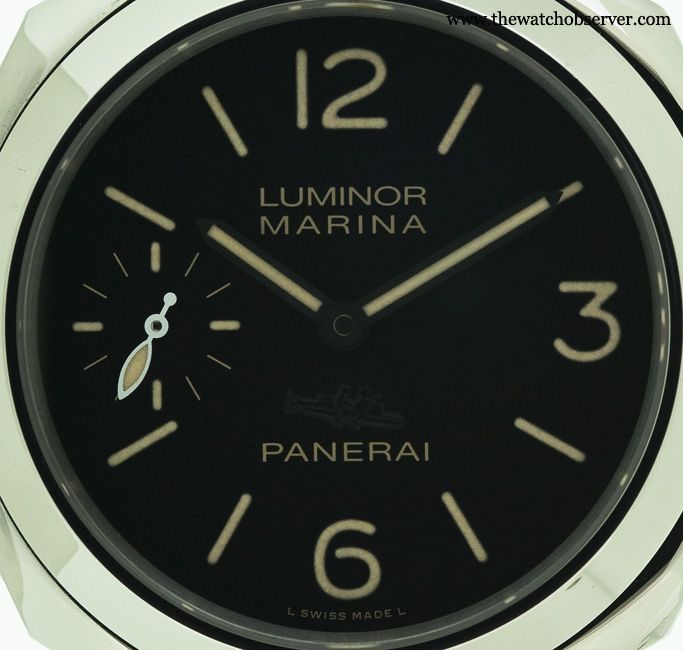 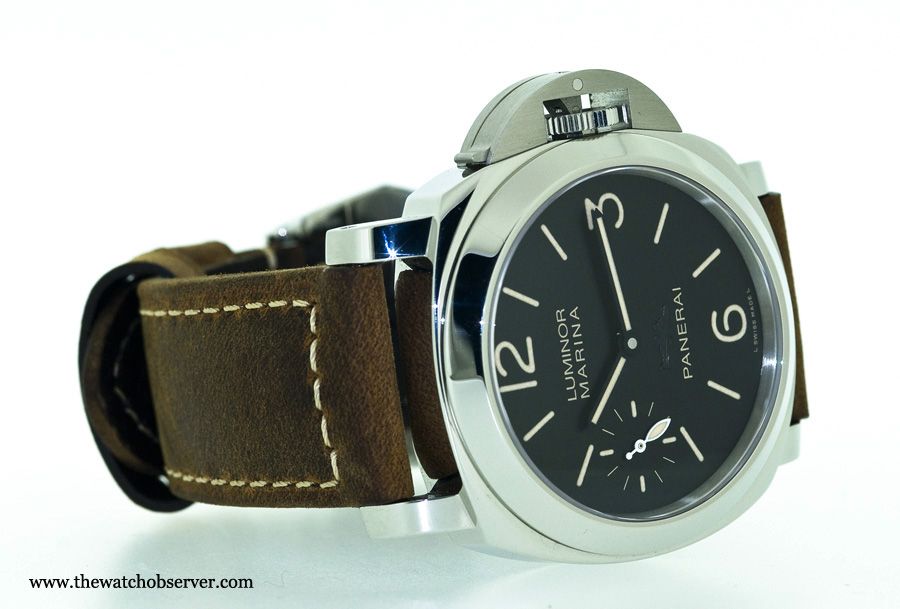 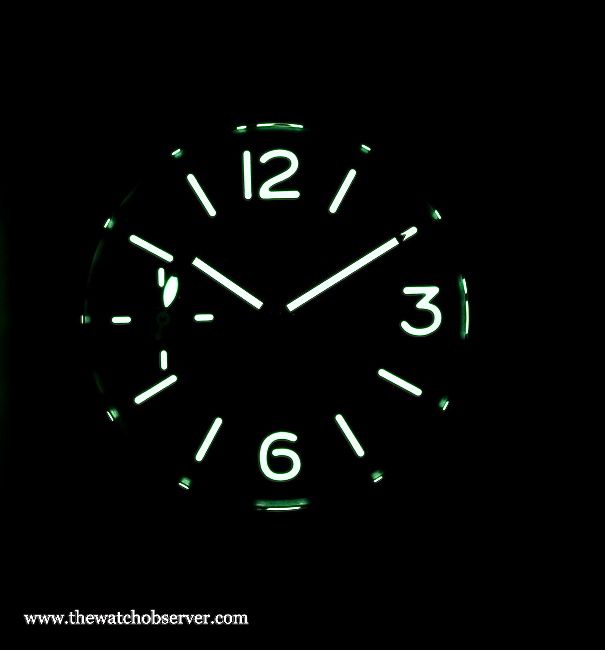 When its release was first announced in August of 2010, the new Luminor Marina “Special Boutique Edition” triggered a lot of passionate reactions from the brand’s fans and enthusiasts, a great example being the 25-page inflamed discussion from our French friends at paneristi.fr!

Indeed, Panerai has released multiple limited series all through 2010: the PAM 358 Chronopassion, PAM 357 Dubail, PAM 366 Fu, PAM 360 Ten Years of Paneristi.com, etc.
Some simply saw these additional limited series as a cheap means to increase sales… and a watering down of the “exclusive” image of the brand.

The “Boutique” Luminor Marina is only available in Panerai stores (not to be confused with the brand’s retailers).
Each store has its own serial reference and its own number of copies, from 50 to 150: PAM 419 for Geneva (reviewed in this Test), PAM 414 for Paris, etc.

Main characteristics of the Panerai PAM 419

All the references are identical with the exception of the engraving at the back of the case, which is country-specific: The Eiffel Tower for the Paris store, fountain for Geneva, etc.

The watch itself retains the main characteristics of the Luminor Logo 05: the case has the “bettarini” 44 mm design (using the name of the engineer who designed it in the 90’s), and the movement is the classic OP II caliber.

Based on an ETA Unitas caliber and certified by the C.O.S.C., the OP II differentiates itself from the OP XI movement – which we can found on the Panerai with a sapphire back – with a simplified ornamentation using a standard carving on the bridges and the absence of a swan neck.

The OP XI on the other hand has a specific carving which makes it look like a vintage Panerai Corteberg movement.

While this movement is not of the greatest interest from a watchmaking point of view, its simplicity and large diameter (16.5 lines, or slightly more than 35 mm), give it a sense of sturdiness and infallible reliability…exactly what one would expect from a Panerai!

The unique characteristics of this boutique edition can mostly be found with the dial which is packed with details reminiscent of the Pré Vendome models (models dating prior to the purchase of Panerai by the Richemont Group in 1998, holy grail of any collecting enthusiast of the Firenze brand which today go for astronomical prices).

The hands and markers have a beige color reminiscent of polished tritium.
This gives the watch a rather pleasing “vintage” look without becoming a caricature. 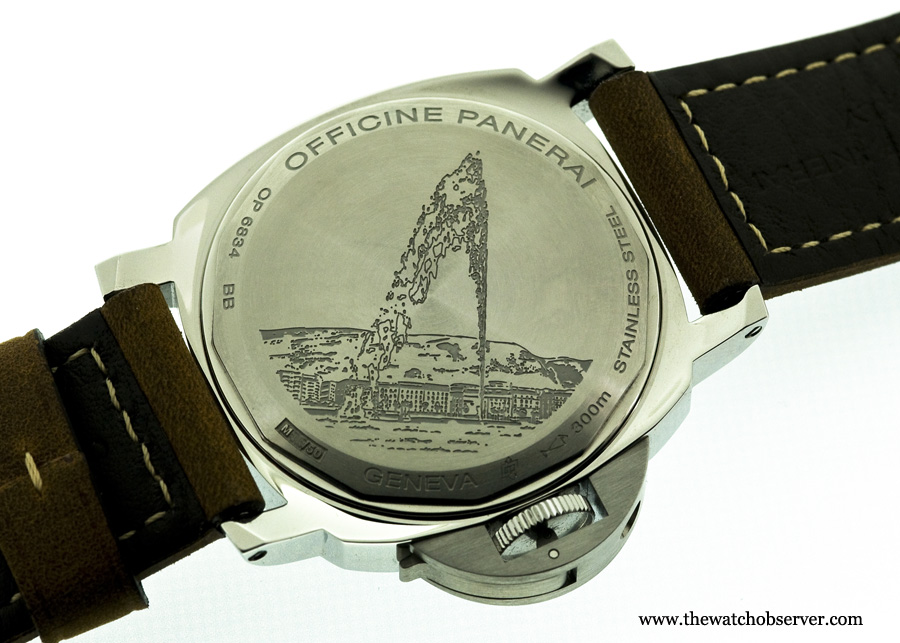 The font for the numbers is different than those of the 05 model. Its flatter appearance is also reminiscent of those used on the Pré Vendome models.
The stick markers are also thinner than the ones on the series’ models.

Another characteristic is the relief Maiale replacing the logo on the dial, with the two combat divers from the 40’s straddled over it.
To be more exact, the Maiale is a Siluto Lente Corsa  – or SLC, a type of piloted torpedo, which allowed Panerai’s initial “customers” to infiltrate enemy harbors without detection and place explosives on the hull of docked ships.
Very few of the modern Panerai watches have this Maiale on their dial.
These sought-after details make it a real bonus for collectors.

Last, but important detail – though a bit subtle!
The hands are also shaped in the Pré Vendome style: the reflecting material goes all the way up to the tip of the hand, while it stops short of it on the series models.
This “shop” series is to this day the only modern model to possess this type of hands.

On your wrist, this PAM 419 has all the usual charm of a Panerai: exceptional legibility and a sturdiness that make it a great multipurpose watch.

Its 44mm diameter is within today’s norm, and its overall size doesn’t appear at all excessive – especially with its very reasonable thickness.

This dive watch is very comfortable to wear with its rubber wristband, ideal for the summertime.

The Maiale, which can look very dominating in its presence on photographs, is actually very discreet once the watch is put on: it is practically invisible most of the time and doesn’t overwhelm the dial.

This special Panerai “shop” series is far from being a simple marketing gadget: even if its engraved back can seem at times a little kitsch (despite its excellent production quality), it is filled with tons of original details to seduce any collector while preserving the Luminor qualities that we have come to expect.
Finally, its price, only slightly higher than the standard PAM 05 model, makes it the most affordable Panerai limited series ever made available to the public.

Some more informations about the Paris limited edition

This limited edition will be available at the Panerai store rue de la Paix in Paris sometime in the first quarter of 2011.
It will have the PAM 414 serial reference, a limited production of 100, and a retail price of 3,800 Euros.
It will be sold simultaneously with another limited series, the Luminor 1950 10 Days GMT, referenced as PAM 404, with a production of 20, and sold at a retail price of 11,900 Euros.