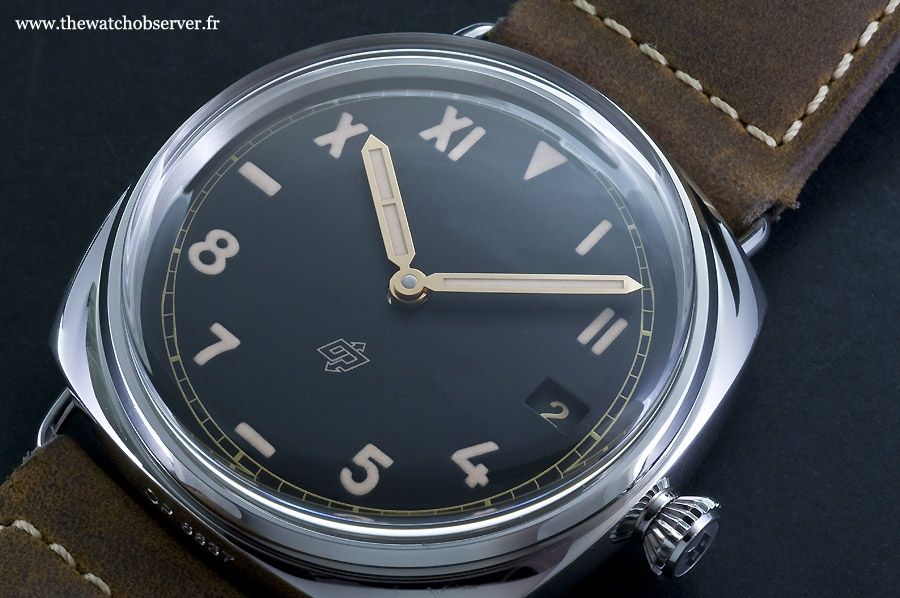 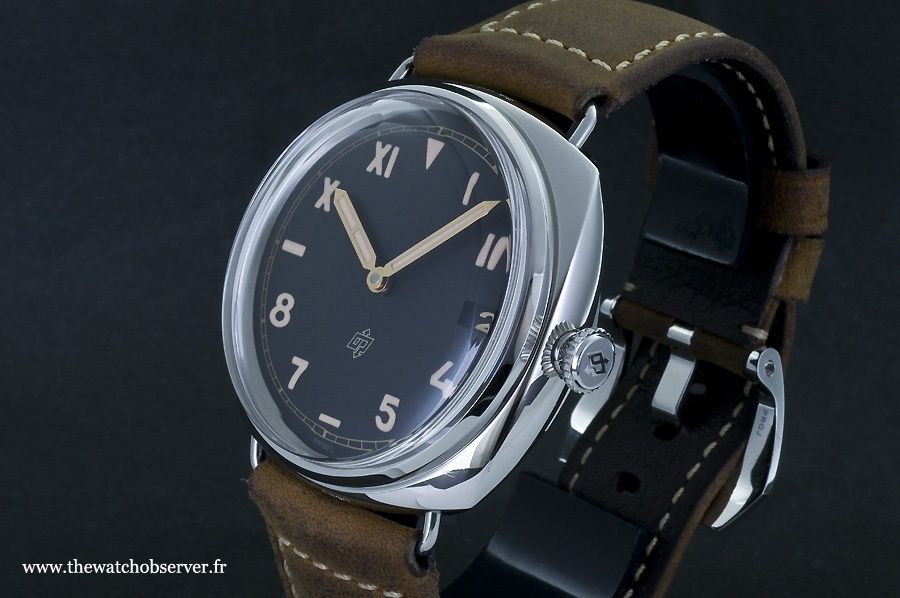 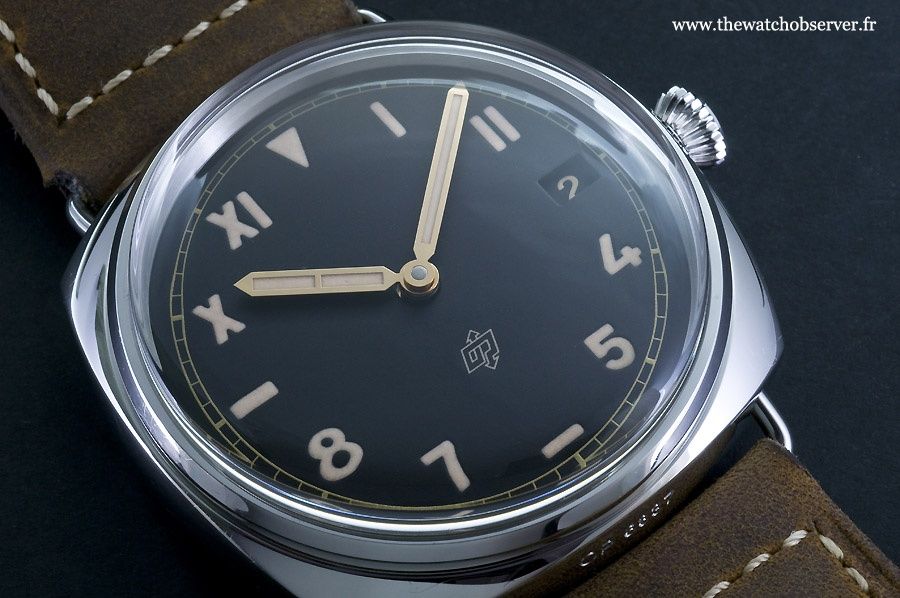 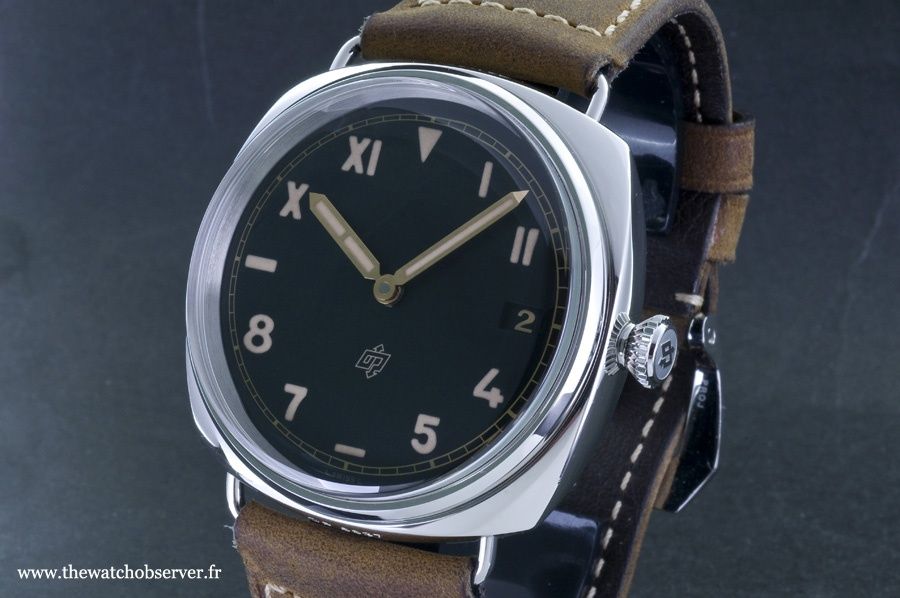 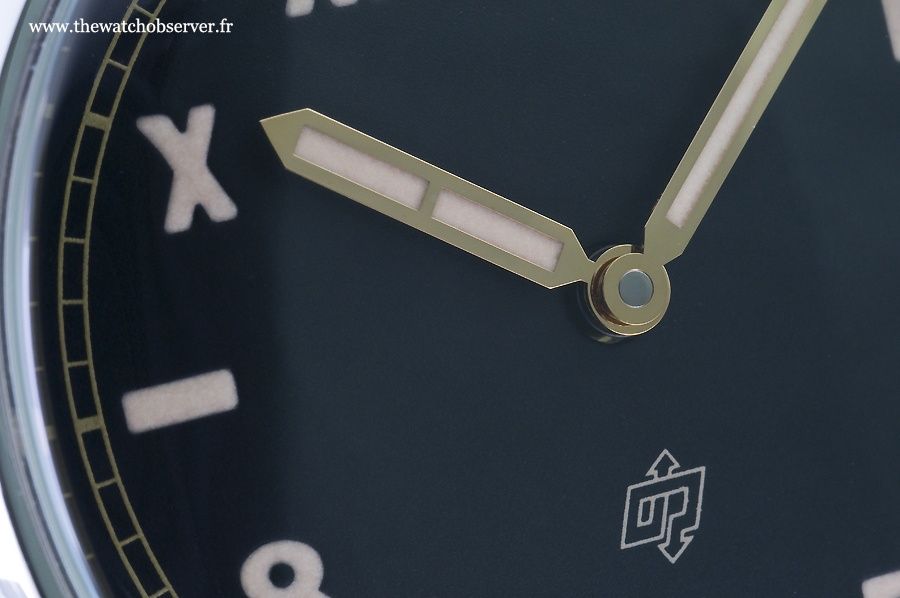 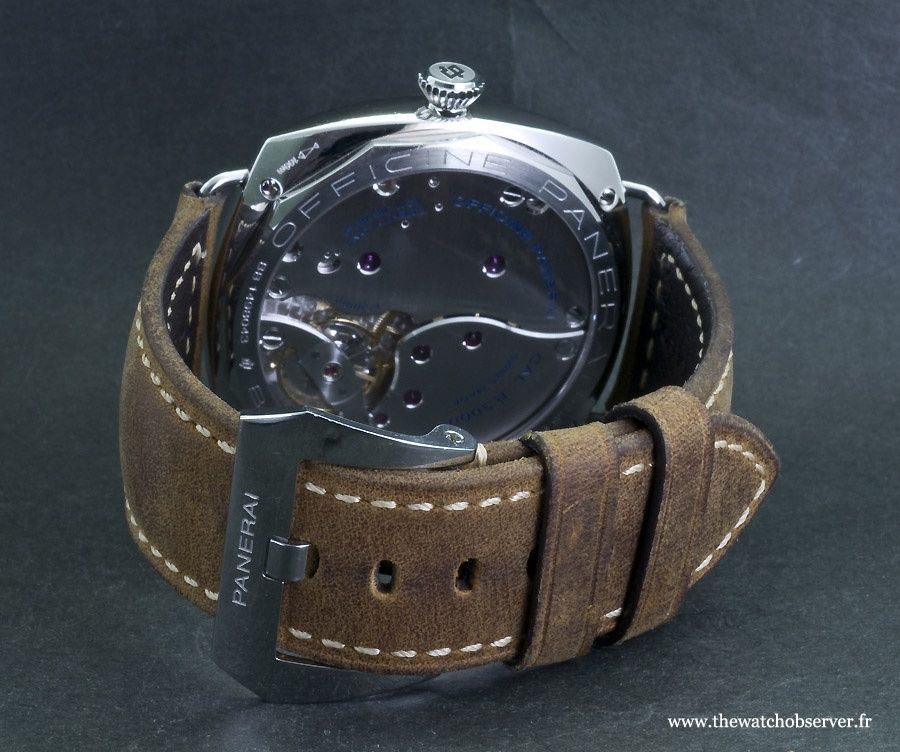 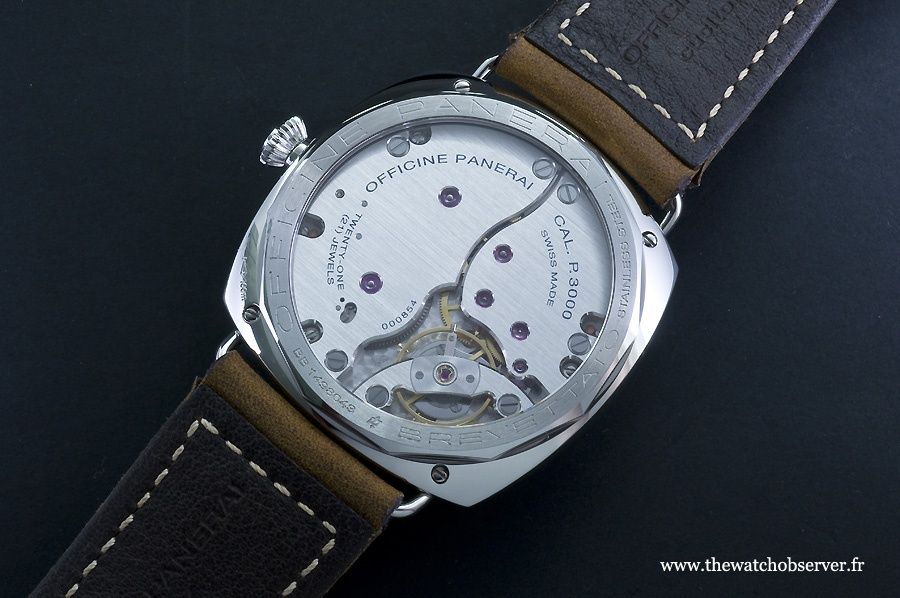 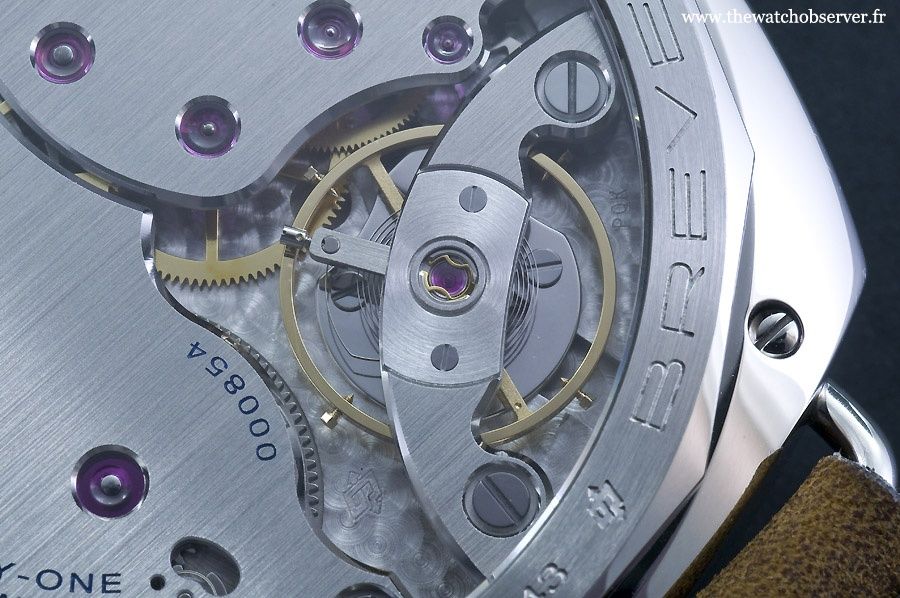 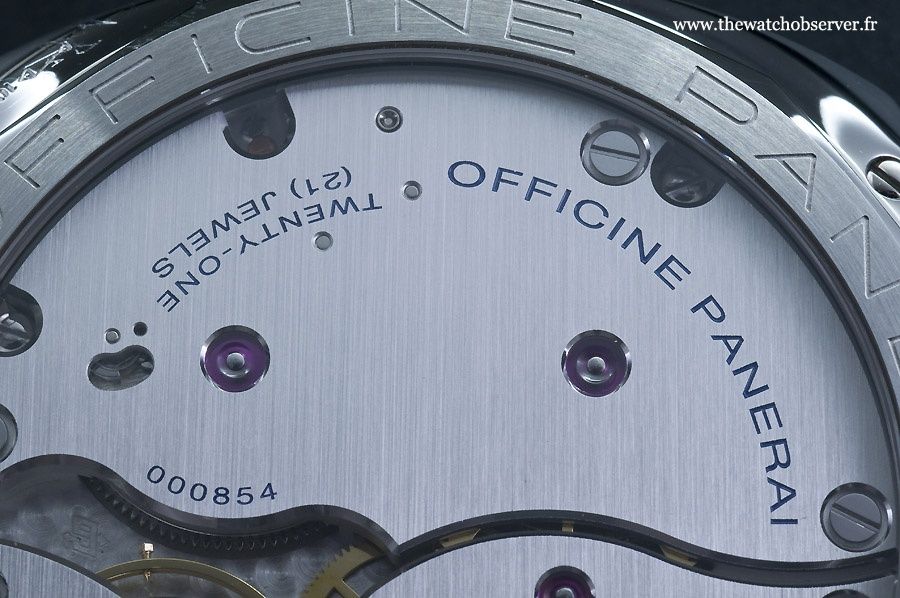 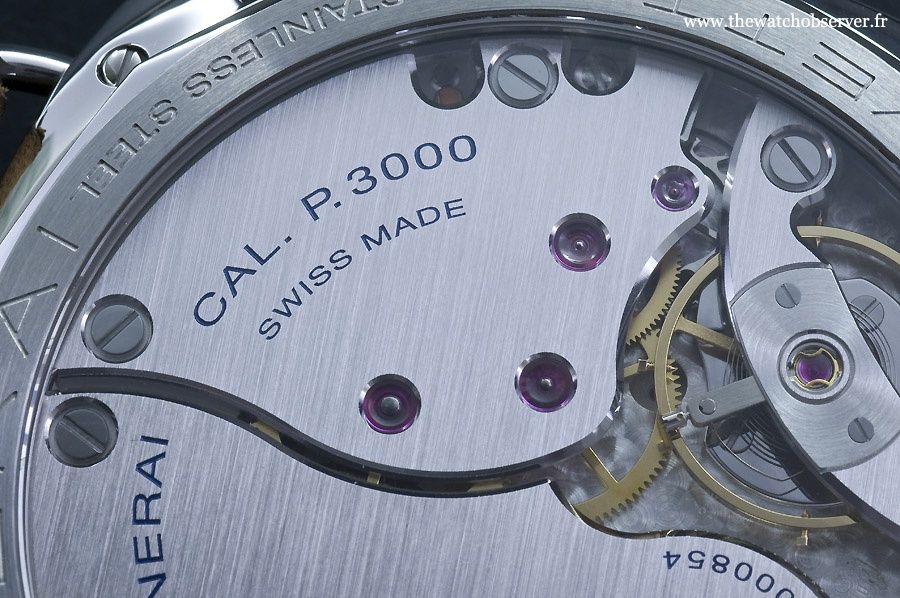 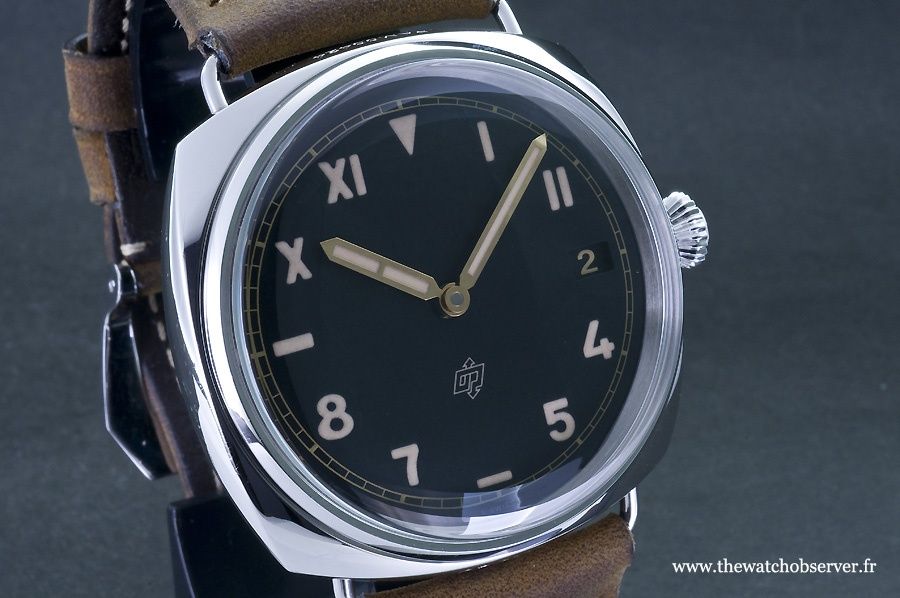 Regarding the California dial of the Panerai watches

The California dial, which mixes both Roman and Arabic numerals, is to Panerai what the Cyclops lens is to Rolex watches, namely a distinguishing, if not unique, feature which is immediately recognizable amongst thousands…

Except that while there are tens of millions of Rolex Cyclops lenses in circulation in the world, there were until now only 1,936 modern Panerai watches equipped with a California dial.

In fact, you have to go back to 2006 and the legendary PAM 249 in order to find the first contemporary Panerai to resume using this style of dial coming straight from the 1940’s – it even seems to have been the first dial to equip a Radiomir case.
The Radiomir 249, a special limited edition of 1,936 units, is therefore a dream watch for numerous Paneristi and collectors.

Available in stores for around 6,000 € during its marketing, it saw its value practically double in just a few months.
Today, even when advertised at close to 10,000 €, the few rare copies that are made available on the used watches market every year usually find buyers very quickly, the ability to tell time using a California dial being such an expensive and exclusive privilege…

The Panerai PAM 424:
A contemporary watch with a vintage look

The Panerai PAM 424 tested today has therefore in a way caused quite a stir during its presentation at the 2012 SIHH.

Indeed it resumes using not only its famous dial – the Panerai brand name does not appear on it – in a 47mm-diameter case, but on top of that has the luxury of not being a limited series…
Some purists of the Firenze brand cried out “sacrilege!” as their beloved icon became (almost) accessible to the ordinary citizen!

Actually, while very similar in their appearance, the PAM 424 and the PAM 249 are nevertheless very different watches.

While the 249 is the most faithful replica possible of its ancestor from the 1940’s – going as far as as being equipped with a plexiglas glass for a more vintage look – the Panerai PAM 424 positions itself for a different market.

Indeed, it uses the rules of the vintage watches in order to better divert them, and it resolutely sees itself as a contemporary watch.

The fact that it has a date display is a perfect example of that idea.

The same goes for the total anachronism which consists in adorning the dial with the OP logo which appeared almost 50 years later.

Same thing for the glass which is no longer made of plexiglas like it was on the 249, but is now made of sapphire.
This choice made by Panerai is in line with keeping the daily wear problem-free, with the sapphire being scratch-proof.
Meanwhile, its elaborate shape is nonetheless a reminder of that period.

Another major difference: the movement is no longer the OP X – an updated base Unitas.
Indeed, Panerai now outfits the PAM 424 with a manufacture caliber: the P.3000.

This movement, which also drives the PAM 372, provides a generous 72-hour power reserve thanks to its twin barrels.

With its large diameter, it nicely fills in the 47mm case despite the presence of a very small thin bottom ring.

Its fully-brushed finish is clean and pleasing to the eye, but without any frills.
Visible through a sapphire back, this P.3000 might nevertheless leave the enthusiast hungry for more with the bridges blocking most of the movement’s components from view.

Moreover, the P.3000 movement benefits from a GMT adjustment mechanism for the hours: it is thus possible to forward the hours hand using one-hour increments without changing the minutes – a useful detail to quickly change the time.

The appeal of this manipulation is on the other hand mitigated by a half-speed date system: you will have to use the GMT adjustment for the hour in order to change the date.
It takes a little bit of time, but frankly it’s also not exactly a fatal flaw!

The only drawback compared to the OP X which drove the 249: the P.3000, with a thickness of 5.3mm, consequently forces the Radiomir California PAM 424 to be slightly bigger than its predecessor’s – a thickness of exactly 16.06mm for the 424 versus 15.27mm for the 249.
Here again, not a fatal flaw, thanks to its cushion shape which minimizes the visual impact of this corpulence.
We are, however, allowed to miss the perfect harmony of the delicate curves which was part of the PAM 249’s charm.

The Panerai Radiomir California PAM 424 in everyday use

On the wrist, the Panerai California PAM 424 is much easier to wear than what could be inferred from its 47mm diameter.

Its cushion-shaped casing, joined to the watch’s very thin wire loop strap attachments, minimizes the sensation of volume.
Only the thickness of the watch might be an issue with slightly adjusted shirt sleeves.

The fact remains that this Panerai, thanks to its understated dial and the elegant shape of its Radiomir casing, will work just as well despite its voluminous size wearing an informal outfit as it will wearing a suit and tie.

The day-to-day readability of this watch is, like all Panerai watches, excellent day or night, thanks to the generous use of Super-LumiNova.

As is the case for many of the products coming from the Firenze factory, the 424 has a Assolutamente strap made of velvet veal skin which fastens using an impressive pin buckle.
While aesthetically beautiful, it remains however fragile – consequently be careful not to stain it!

Finally, the onion-shaped crown with its large diameter is a pleasure to handle, the winding being such an important – if not essential – part of a manual watch.

Panerai PAM 424:
What to remember

With the Radiomir California PAM 424, Panerai offers us a watch that is clearly not intended for the Paneristi purists.
It successfully blends different elements of the Panerai identity without trying to maintain any sort of historical consistency.


The result is a very original watch, pleasant to wear, and endowed with a strong personality.
In short, an excellent alternative for all those looking for a little vintage taste of Italy and a quality product, but couldn’t care less whether the shape of the hands is identical to the watches worn by the divers of the Decima Flottiglia Mezzi d’Assalto 70 years ago or not…
A nice success!