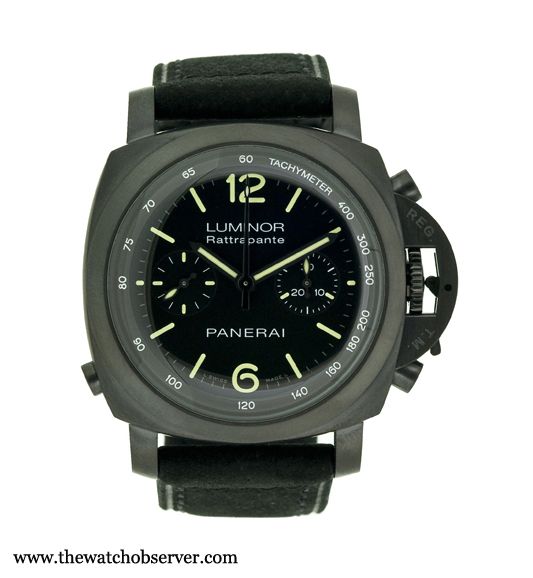 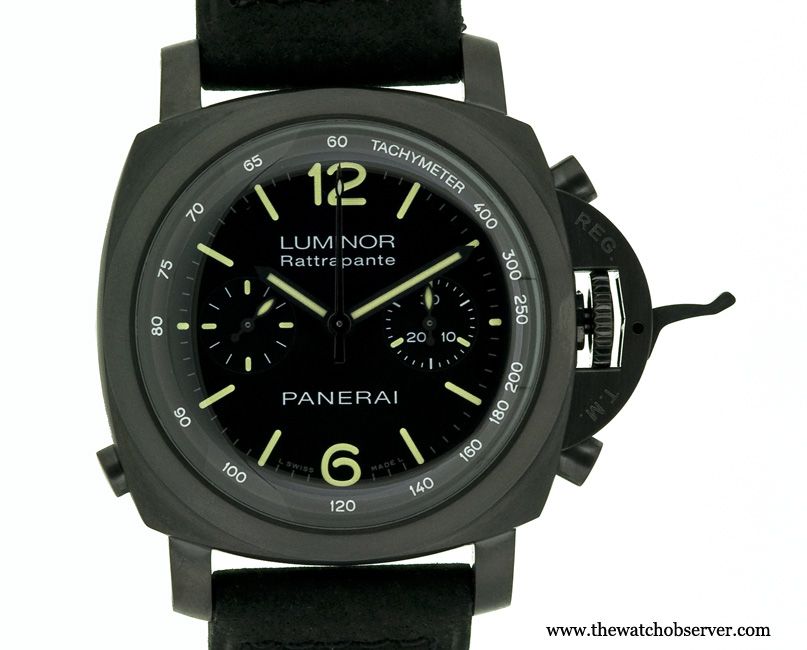 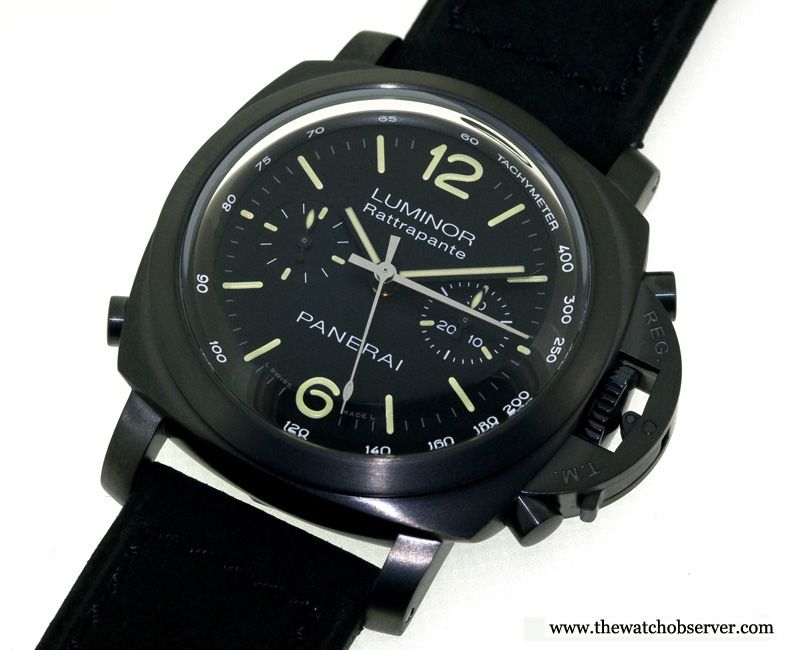 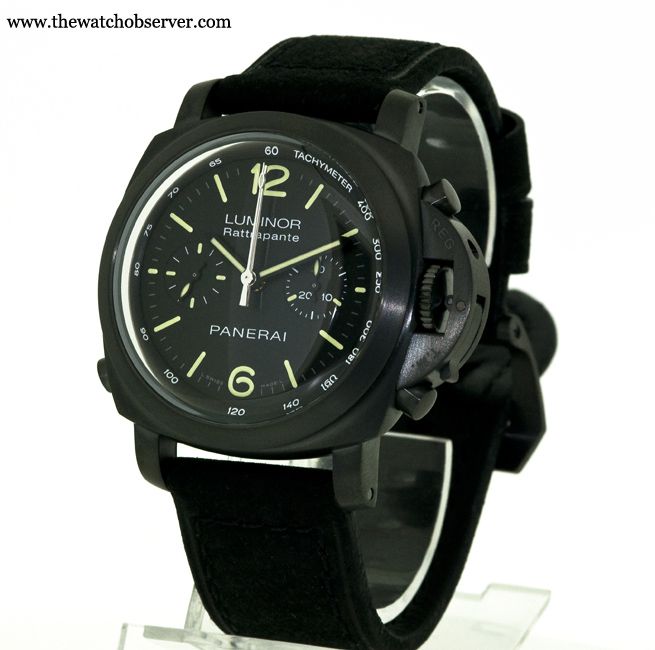 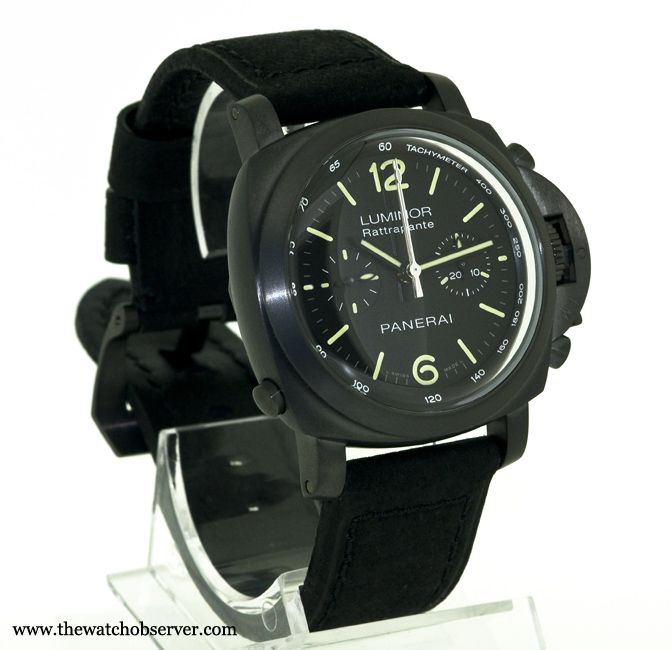 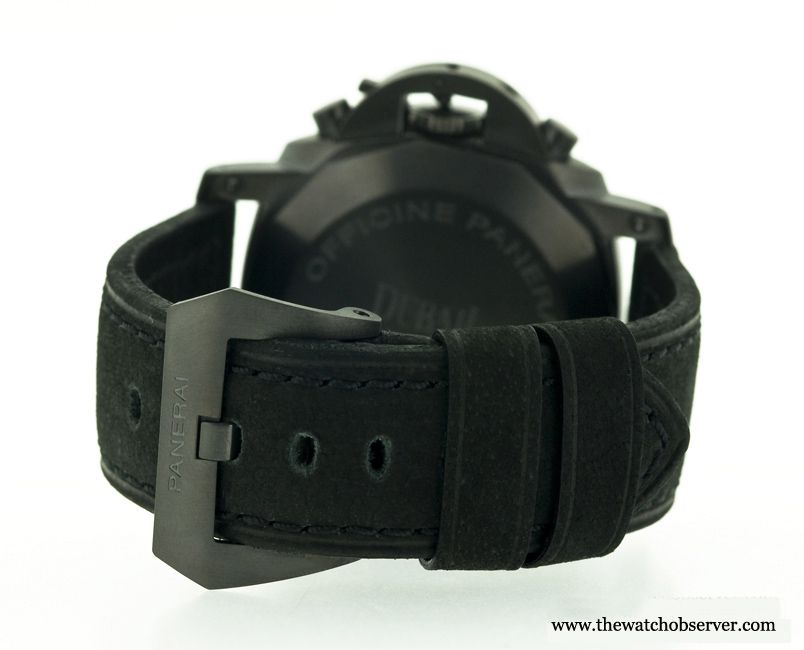 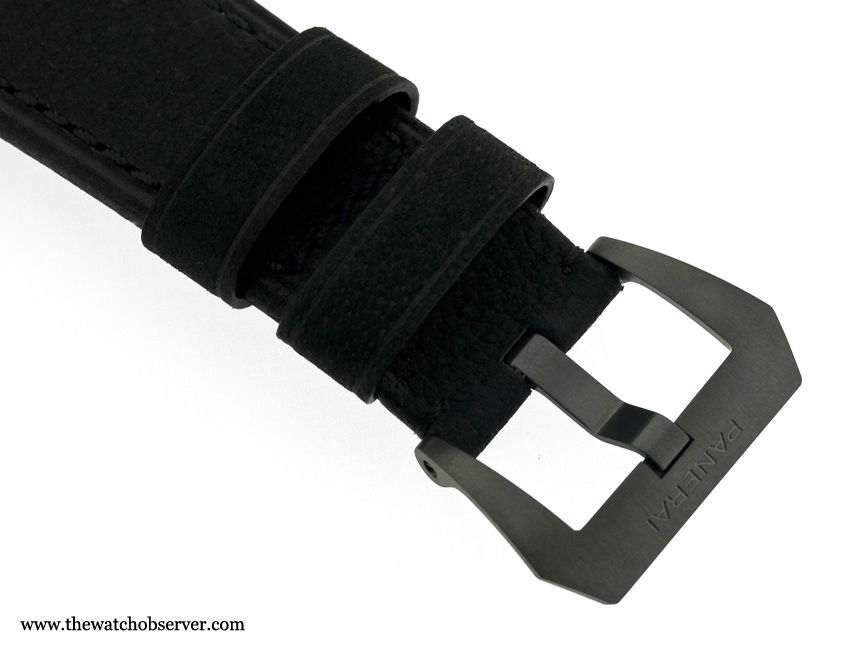 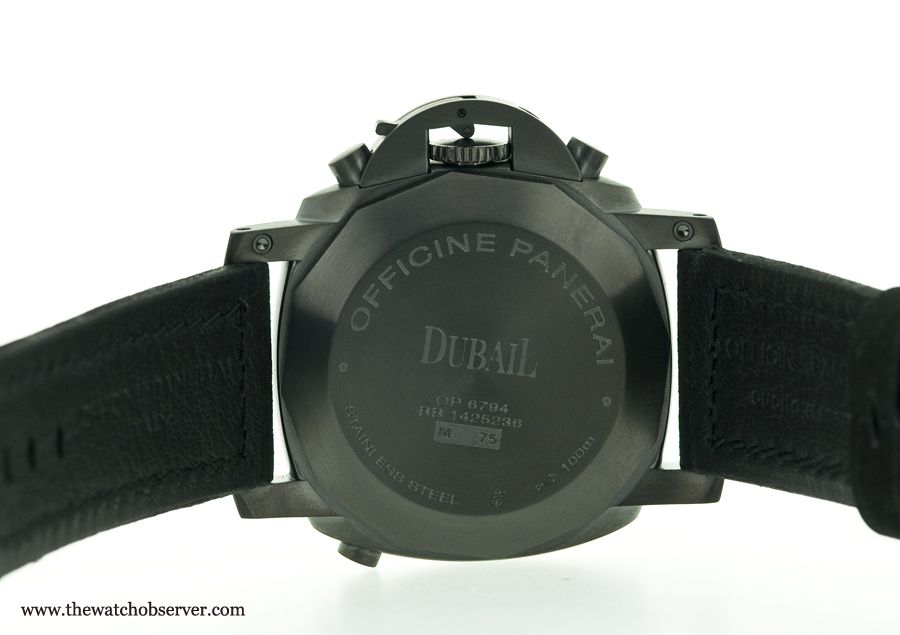 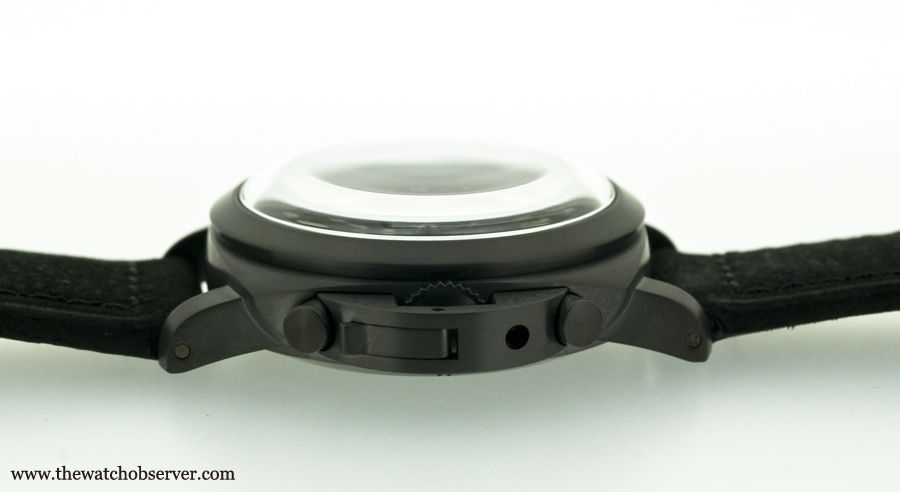 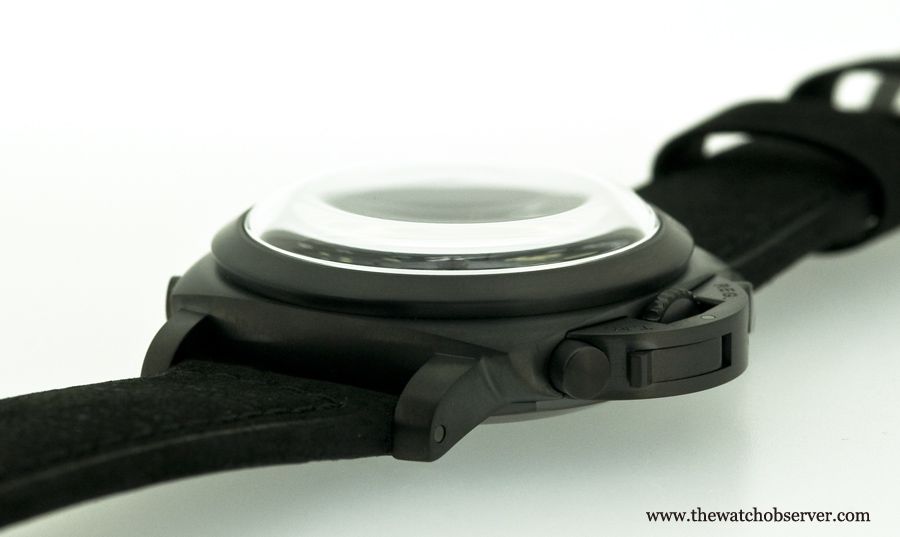 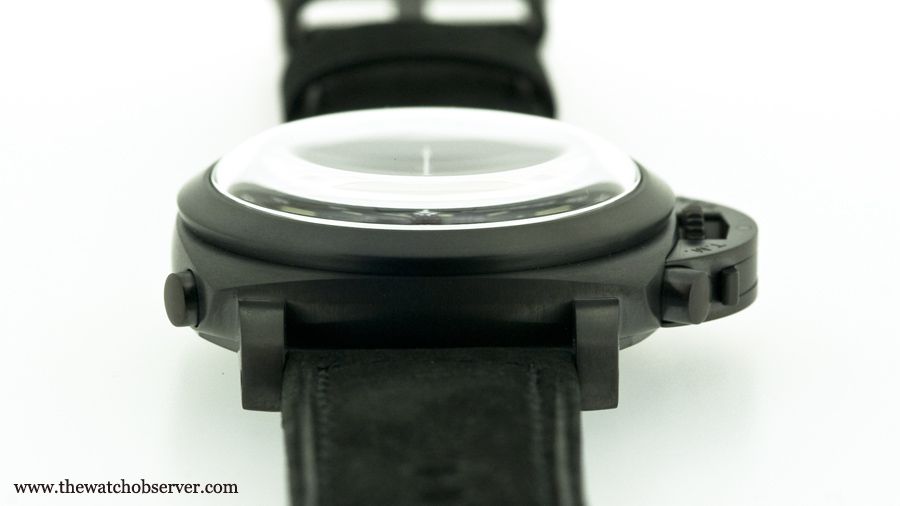 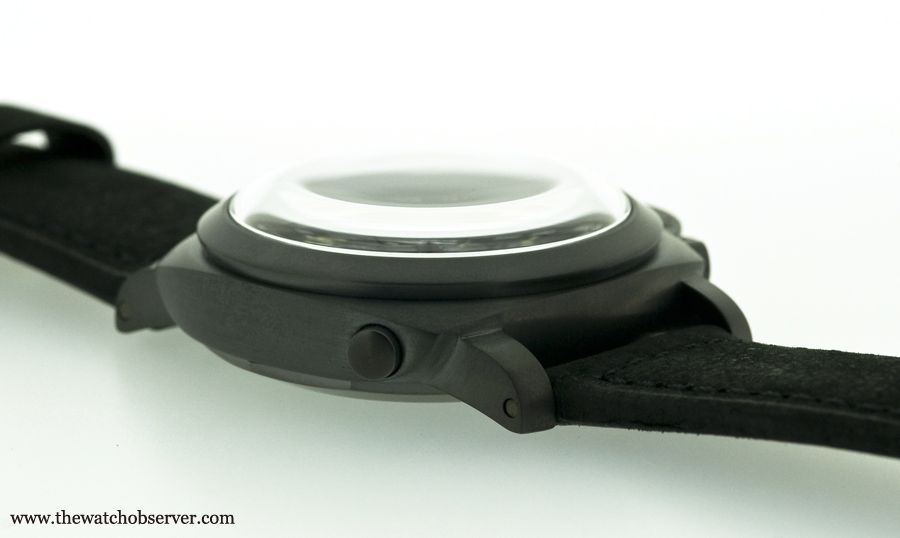 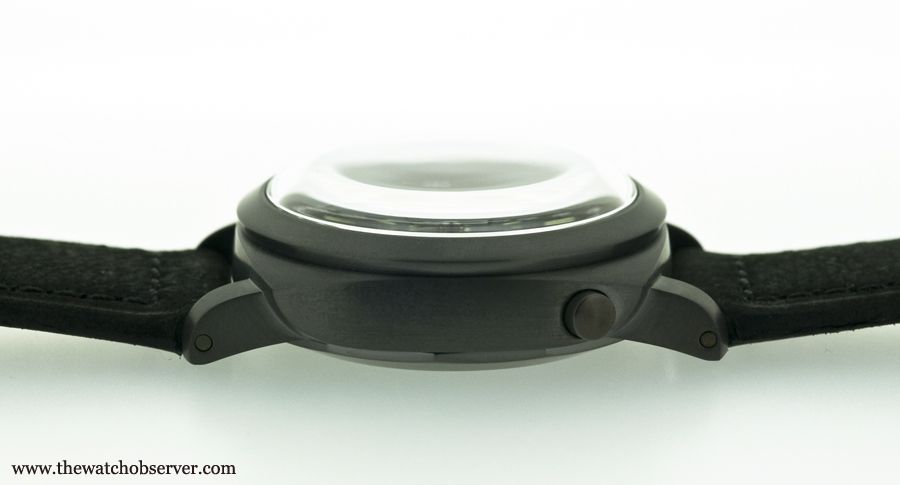 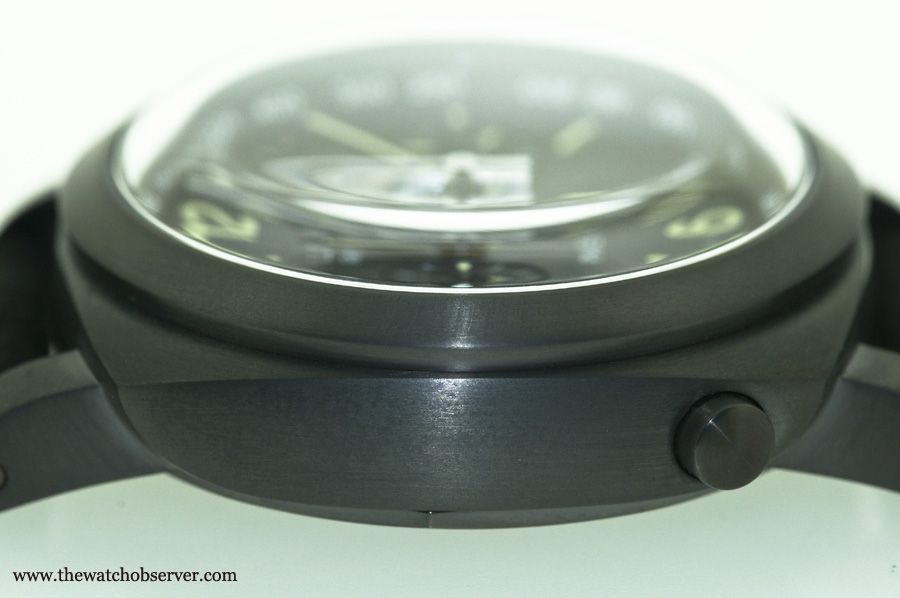 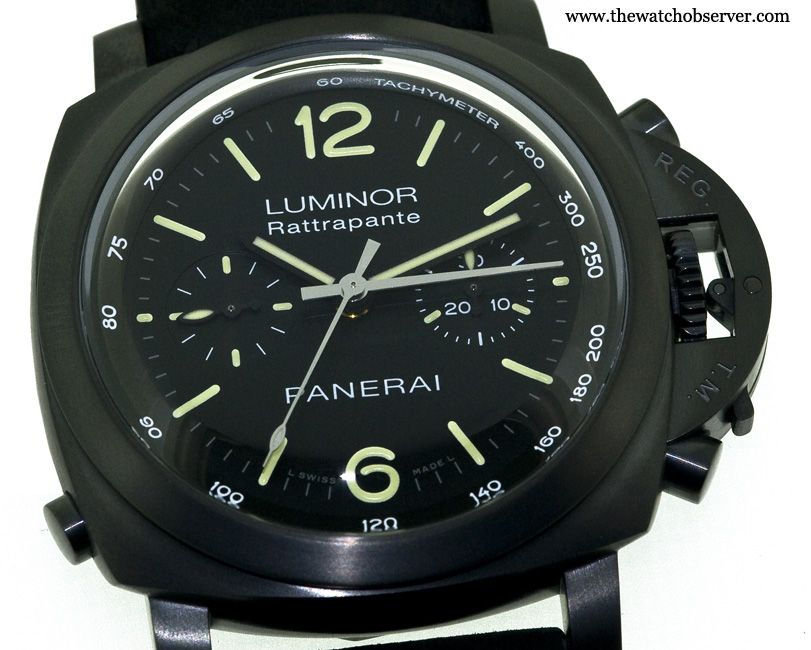 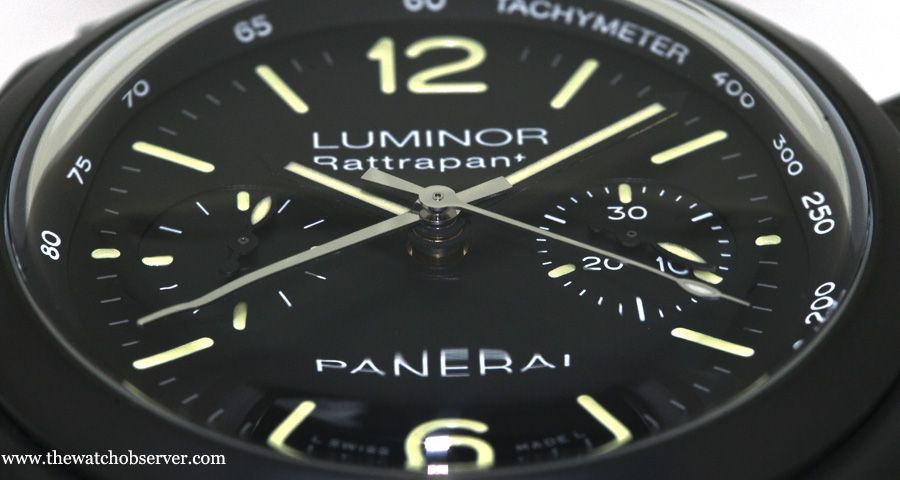 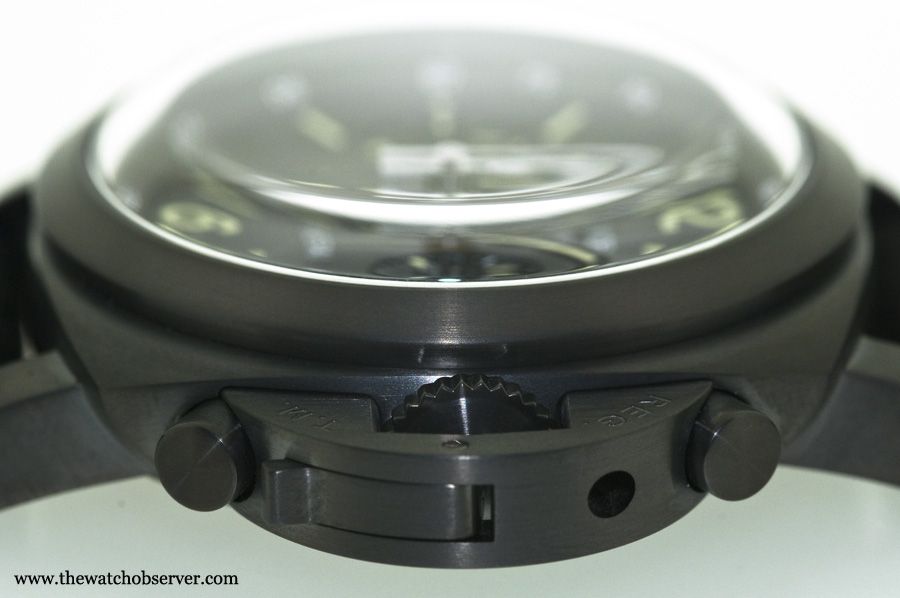 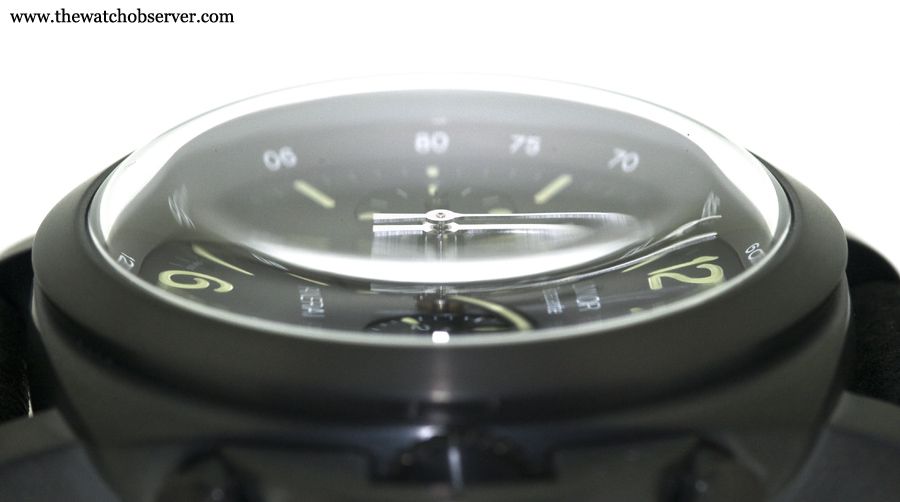 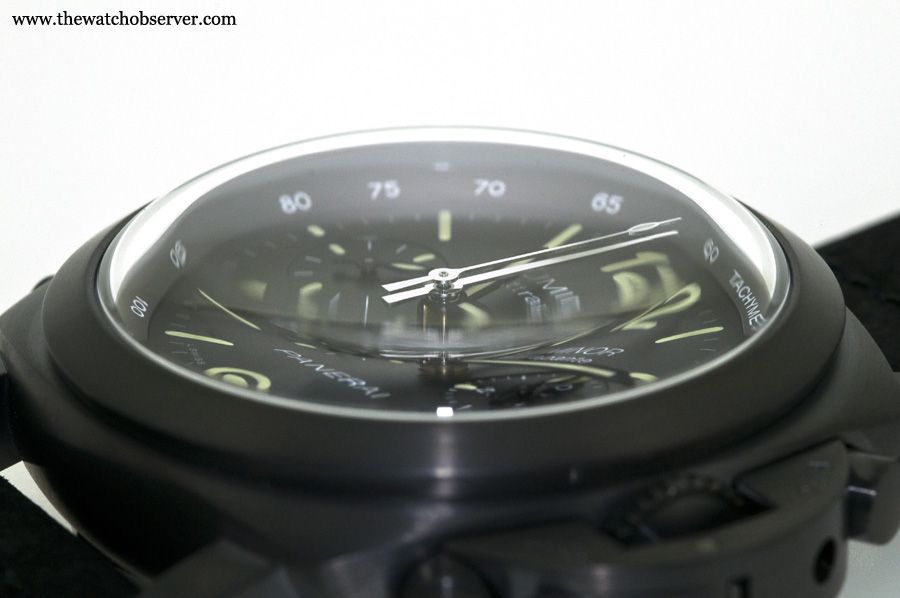 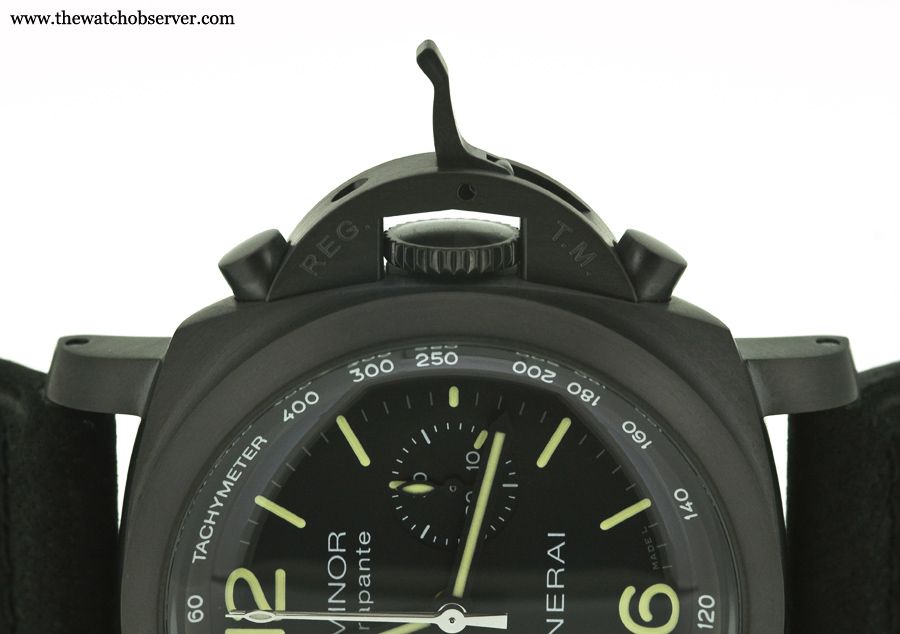 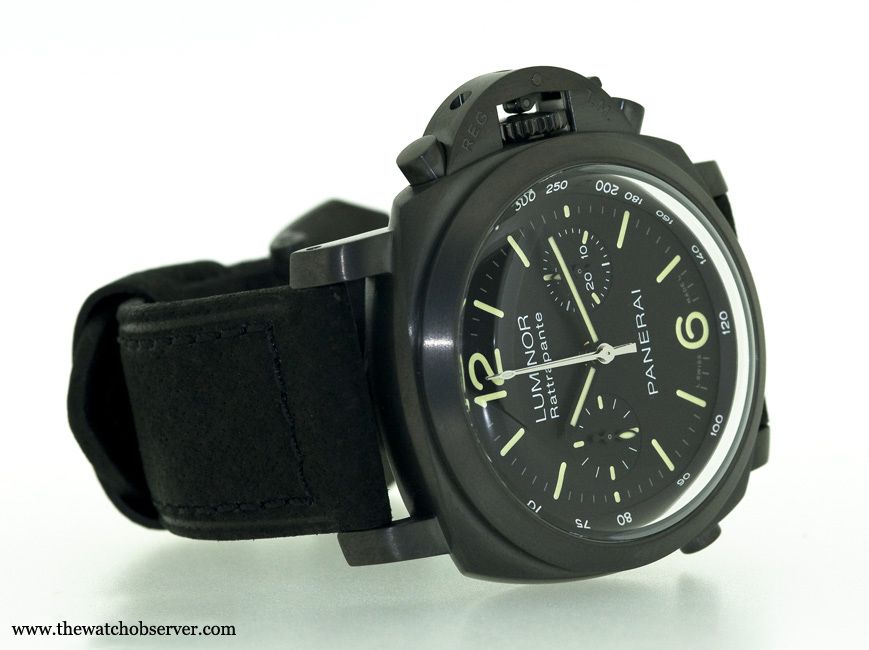 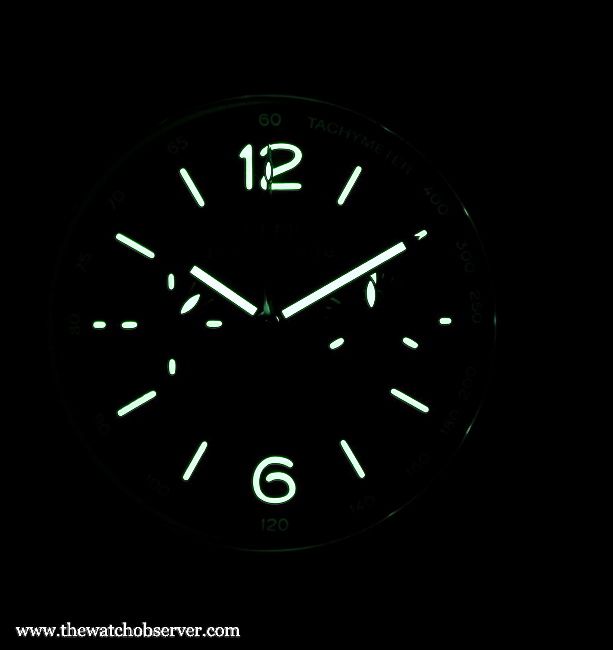 There are several categories of Panerai watches:

The “ghost” references are usually not announced at the beginning of the year and they do not appear in the Panerai catalogue.

Produced in a very limited number (75 for the PAM 357 and, recently, 100 pieces for the
PAM 358 Chronopassion), they really are extremely sought-after by enthusiasts…

And they generally sell-out before the general public even hear about them.

This will probably happen again with the Luminor PAM 357 Dubail…

For the aficionado of  stealth watches

The PAM 357 is similar to the PAM 213 – Luminor Rattrapante which was a limited edition of
2,500 pieces over four years and ex-catalogue since last year – with a DLC surface (Diamond Like Carbon).

Inspired by military equipments (blackened to minimise reflection from bare steel), Panerai watches with PVD coating – for Physical Vapor Deposition, a special method used to apply the DLC surface treatment – have a special place in the heart of Panerai collectors and are often among the most sought-after pieces.

While a PVD surface indisputably plays a major role in the look of a watch, unlike a ceramic case, it can be irreparably marked by shocks or scratches.

Hence the choice by Panerai of the tougher DLC PVD which provides a surface that is, theoretically at least, extremely resistant.

Nevertheless, even if Panerai produces mainly sport watches, you should probably take your
PAM 357 off your wrist before rolling in the mud!

The PAM 357 uses the 1950-styled case already seen on the Luminor 1950 8 Days GMT PAM 233.
But here it is fully brushed and the effect is superb.
The dark-grey reflections of the black DLC are beautiful and offer more shades than the “simple” dark matt ceramic case.

The highlighted tachometer scale goes perfectly with the ultra-rounded sapphire glass and gives great three-dimensional depth to the dial.

The level of the dial finishing and decoration is also very high, especially the Super-LumiNova painted numbers and indexes, which are great samples of precision and consistency. 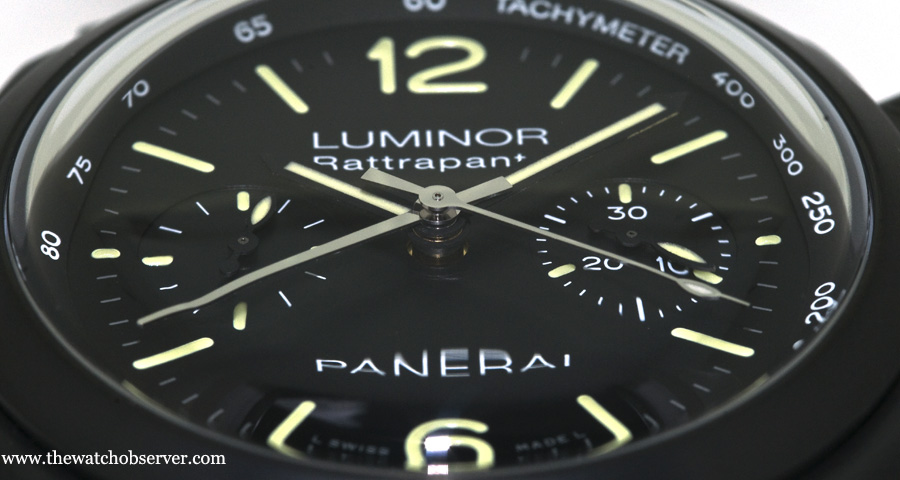 As far as the movement is concerned, the OP XVIII (ETA 7750 base), C.O.S.C certified, is known for its reliability and should be trouble-free.
Nevertheless, unlike the dial and case, the finishing of the movement is fairly basic.

While the actual practicality of a fly-back chronograph might be debated – who really needs to measure two distinct times simultaneously on a mechanical wristwatch? –  it is a real pleasure to see the second hand stop suddenly after the second timed-event and fly to its correct position timing the first event!

The push buttons are firm but not excessively so the user could happily play for hours for the pleasure of watching the ballet of those hands!

On the wrist, you will feel the 44 mm case but the watch is comfortable to wear.

Legibility is excellent – even if the shape of the domed sapphire sometimes causes a slightly distorting effect when viewed from a low angle.

The only disappointment comes from the “buffalo” strap: while pleasant to look at, it seems to mark quite easily, and does not look as if it has been designed to last.
Not so bad to be embarrassing. But a let-down on a €11,000 watch…
Good new anyway: this Luminor comes with a second strap – a rubber one.

All things considered, the Panerai Luminor 1950 Rattrapante Dubail PAM 357 is a very well made wristwatch.

While the fact that the DLC surface treatment is quite expensive for Panerai enthusiasts (an additional €2,000 more than the plain steel PAM 213), it adds to the enjoyment.
And the fact that it’s a limited edition of only 75 units should hold its value on the second hand market…
This Panerai might be bought for passion, but will be kept with reason!