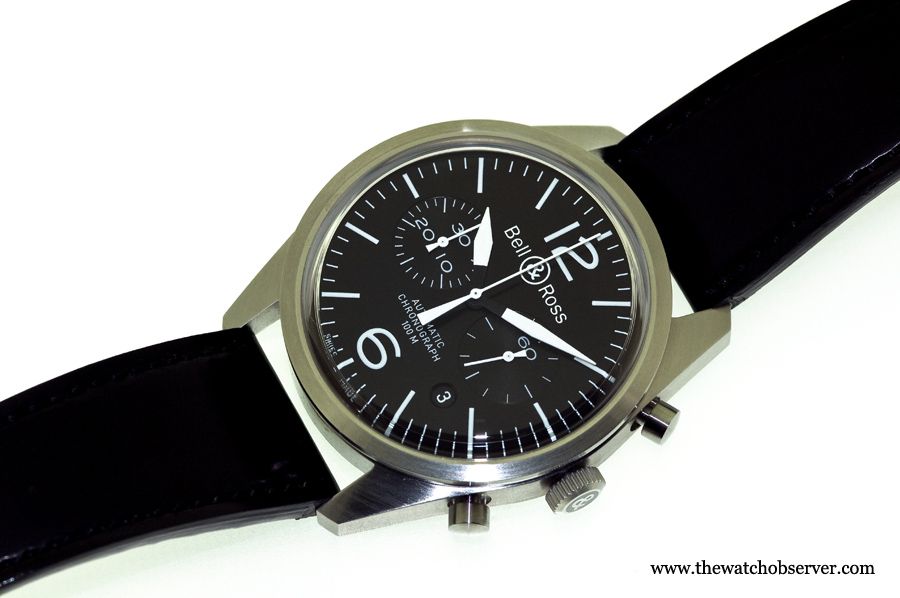 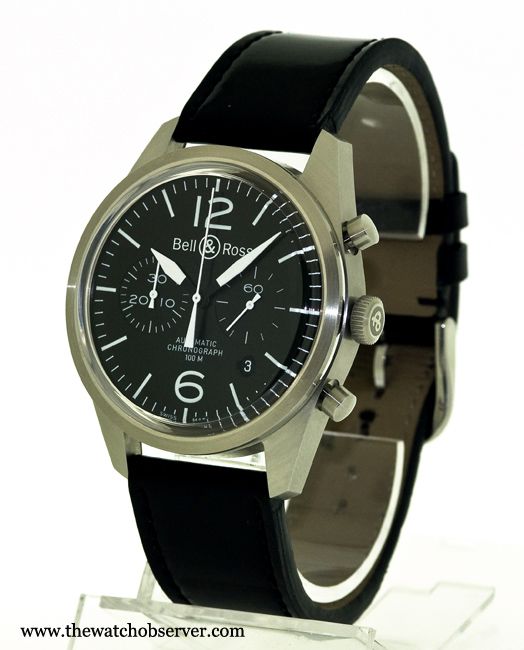 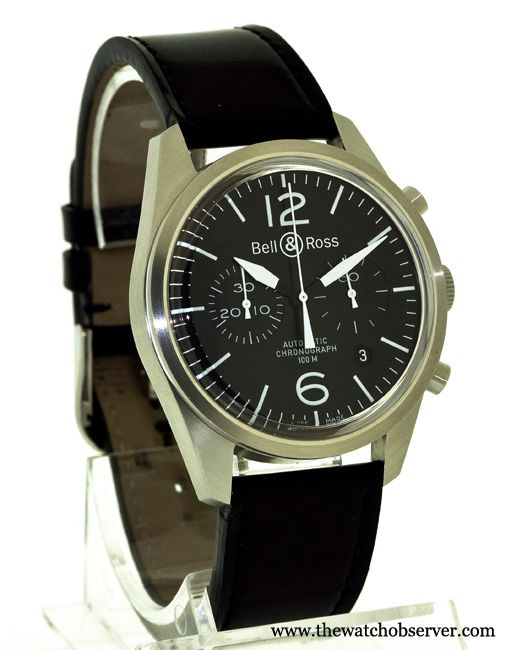 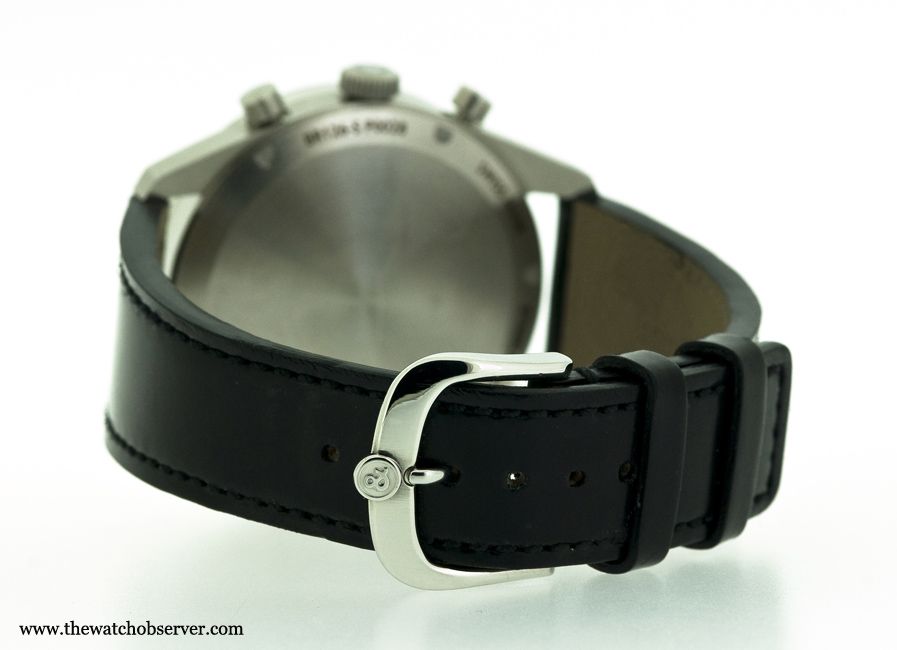 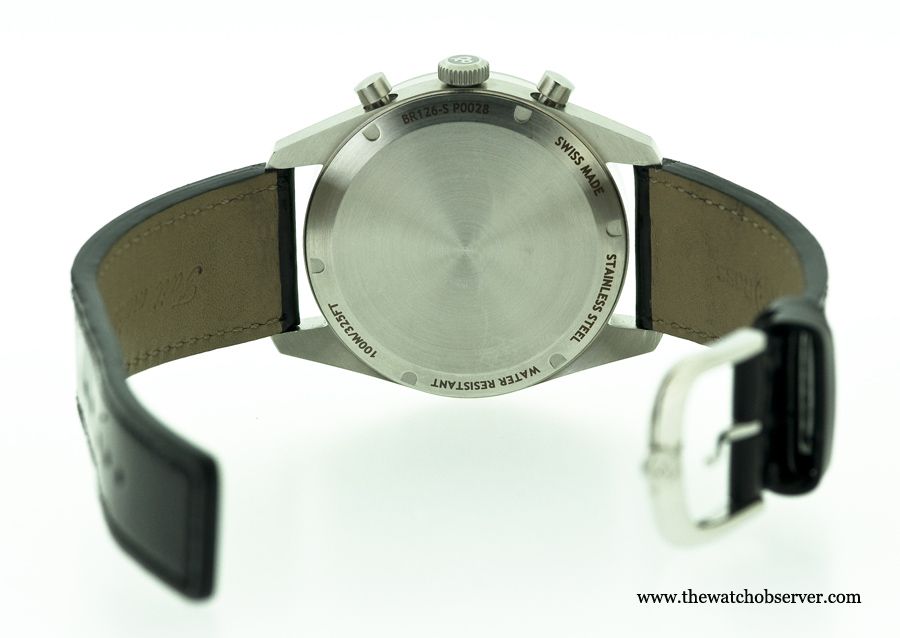 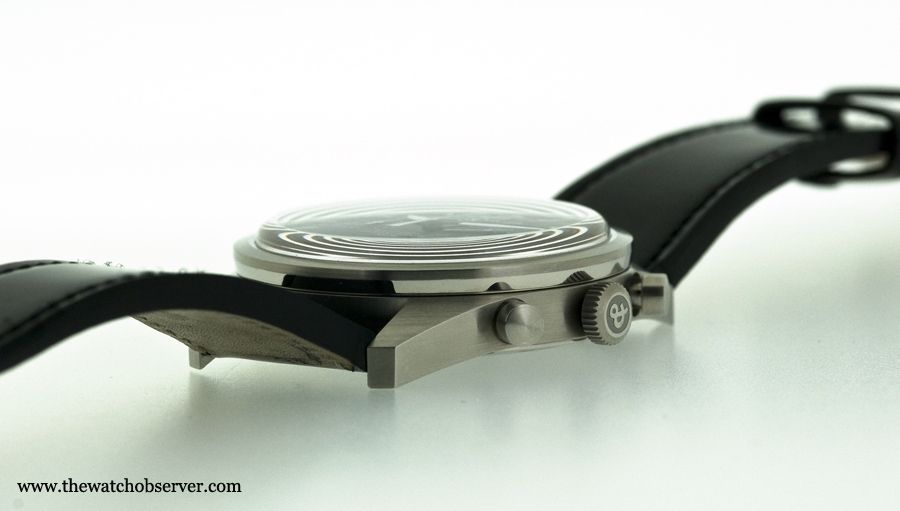 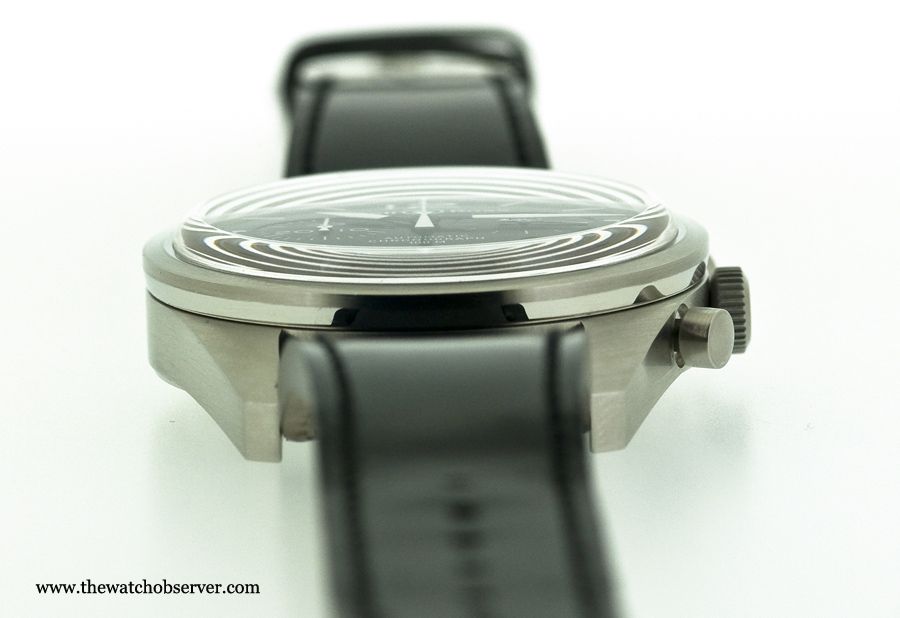 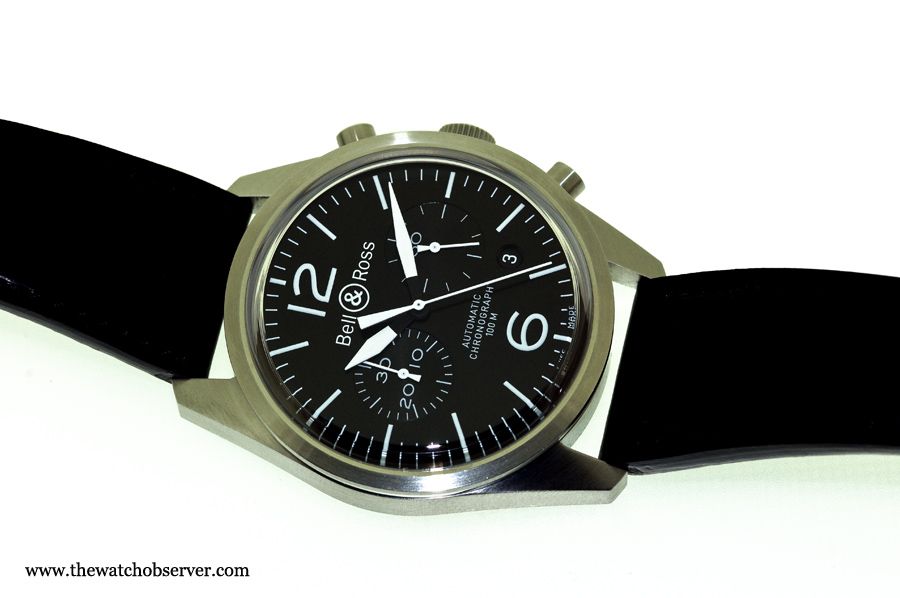 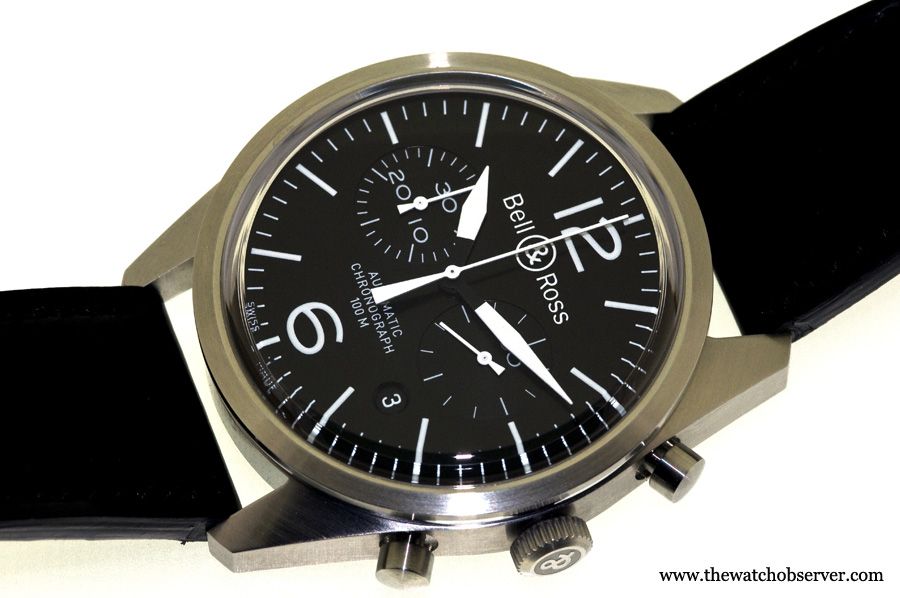 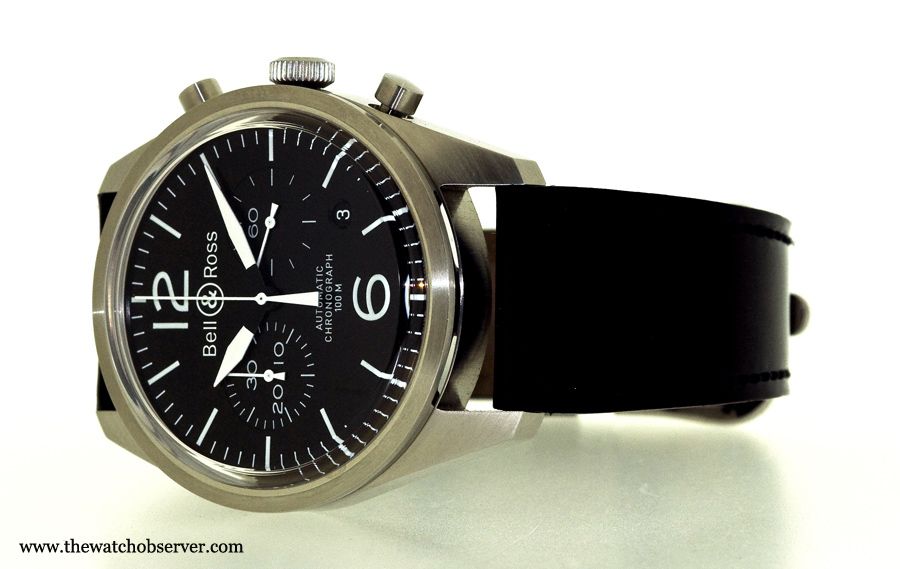 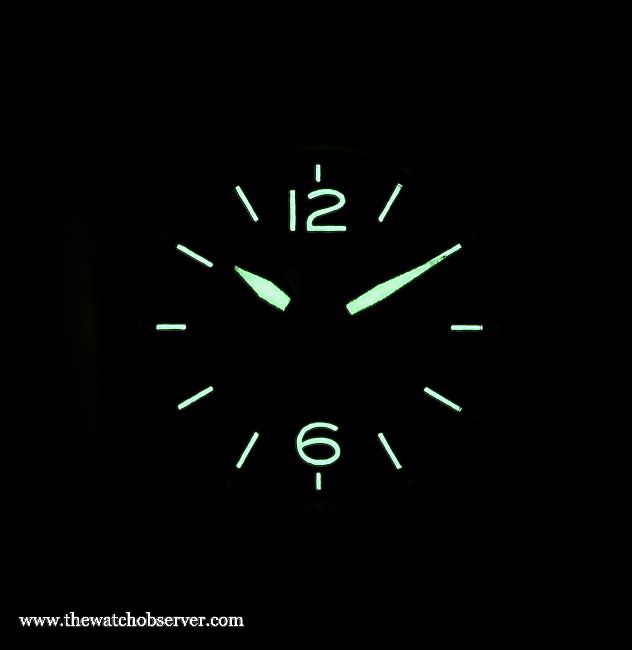 A step for Bell & Ross

Turning point in the history of the brand, the release of this range happens with the withdraw of the first Bell & Ross models from the catalog, which have been 100% conceived in-house, such as the Space 3, the Demineur, the Aeronaval, the Geneva and the Vintage 126.

Since its first models, the brand has found a recognized style and identity, mainly with its BR01 and BR03 ranges that make it successful nowadays.

A new case for a new chronograph

Therefore, the BR 126 are the result of the adaptation of this style to a new type of case.

Round, satin-finished, with a 41 mm diameter, it distinguishes itself thanks to the marked edges of the lugs, the case back or the bezel.

Only the outer part of the bezel is polished, putting the emphasis on a very beautiful domed-crystal sapphire.
Its curves give some volume to the dial and nice plays of reflections.

Around the wrist, in spite of a nice presence, the watch finds a suitable position thanks to the curved shape of the case.

A sober but strong personality

The design of the dial is henceforth a classic of Bell & Ross chronograph.

Number markers for the 12 and the 6, some delicately painted sticks for the others, the logo of the brand, slender hands like in a plane cockpit’s clock…

The style is sober but pronounced and allows an excellent legibility.

The luminescent material of the dial and the markers is reactive and prolongs this legibility in dark environments – and at light.

The dial is of a matt and slightly grainy black, enlivened by the round guilloche worked sub-dials that change appearance depending on the angle of view.

Small infringement to the symmetry, the date is located at 4:30 o’clock, at the bottom of a discreet cylindrical pit – for that matter, the longsighted person in his forties may has some troubles to read the date…

The strap of the tested model is made of calfskin leather of very smooth appearance.
It looks a little too serious compared to the watch. But you will be able to change easily its appearance with all kinds of straps, classical or original: crocodile leather, NATO strap, …etc.

The case back of this BR 126 is full.
If a glass back was indeed unnecessary, an engraved back with the logo of the brand, such as on the Space 3 or the BR02 Steel would have been a good idea… 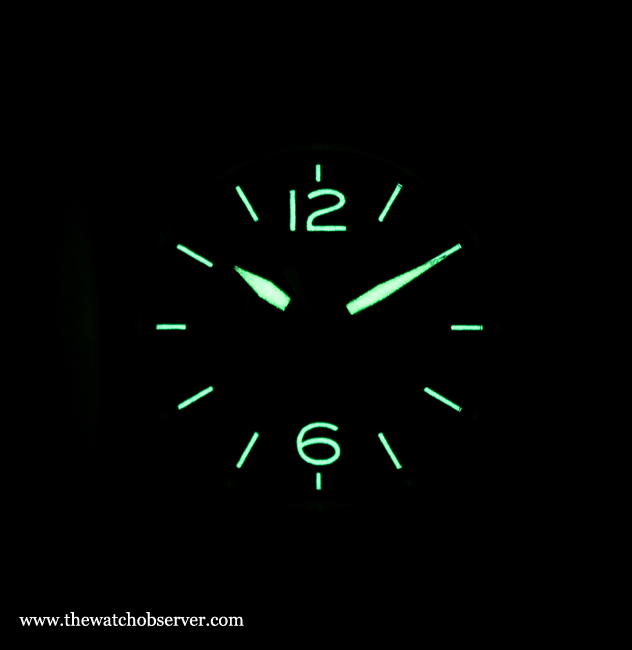 The chronograph movement is a classic ETA 2894-2.

It is a modular caliber built on an ETA 2892A2 basis, to which has been added a two-register chronograph module (a small second counter and a 30 minute counter).

Widespread movement, it offers the advantage to be reliable and accurate – such as the tested model.

On the other hand, the handling of the chronograph is not very pleasant because of a rough release.

This little new comer in the Bell & Ross catalog, from now on very consistent, will please the ones who were waiting for a “BR01 with a rounded case”.
The BR 126 Original Black with its good design combined to a good quality of manufacture is without doubt being promised to a nice commercial future.