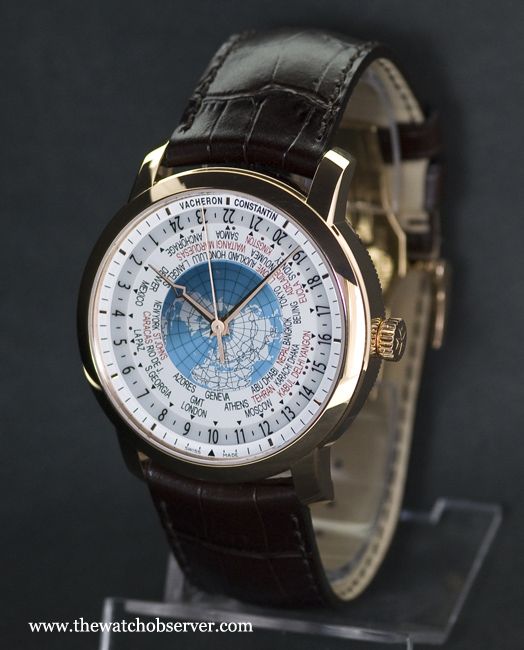 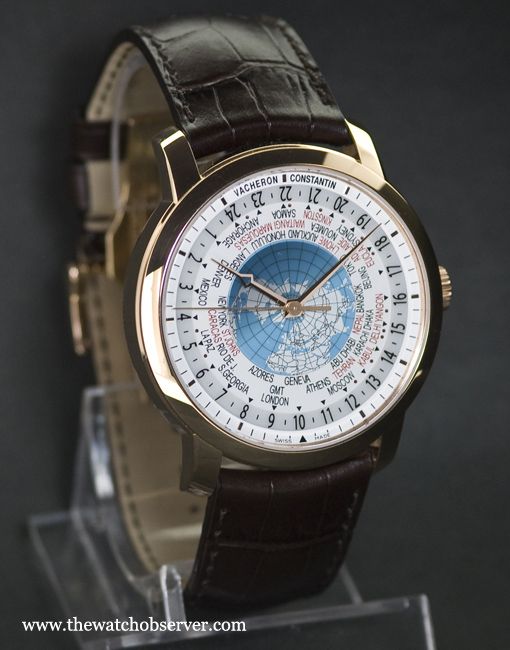 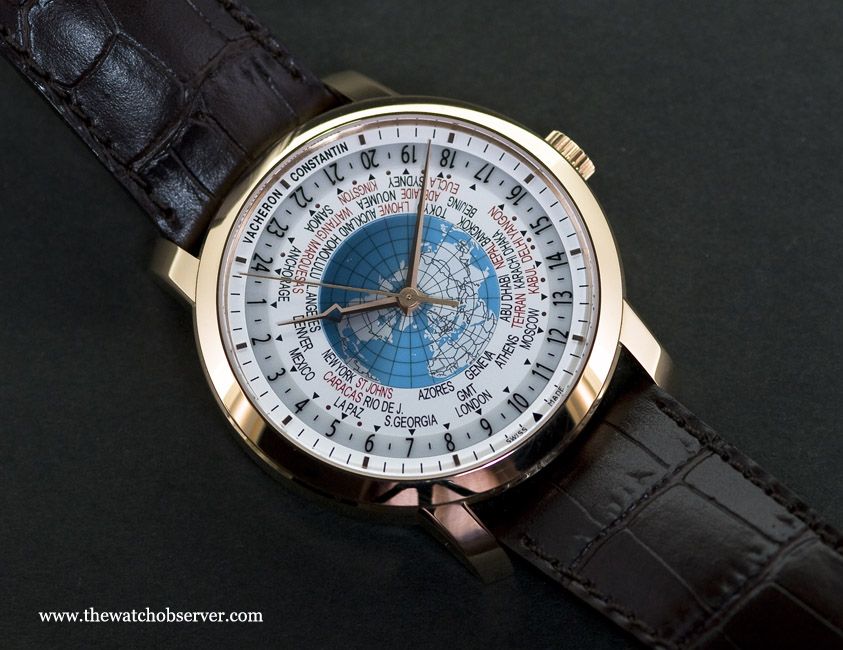 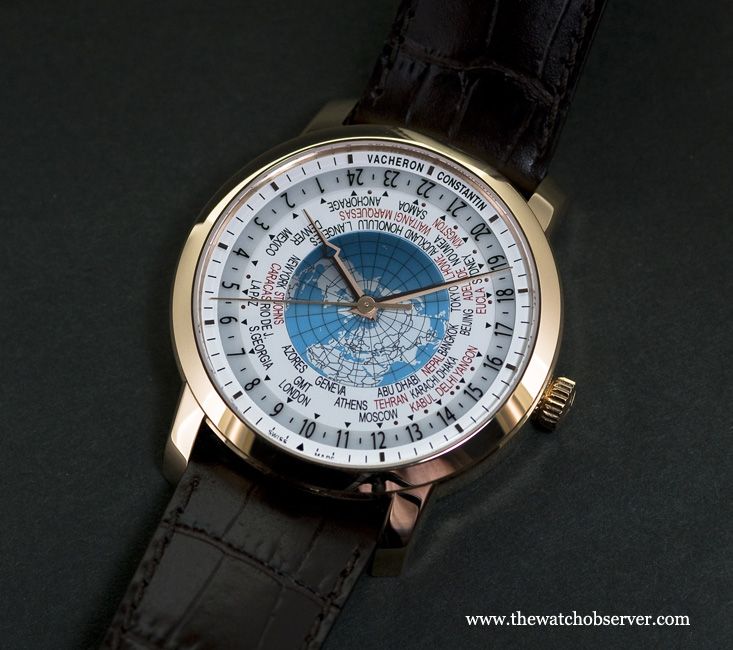 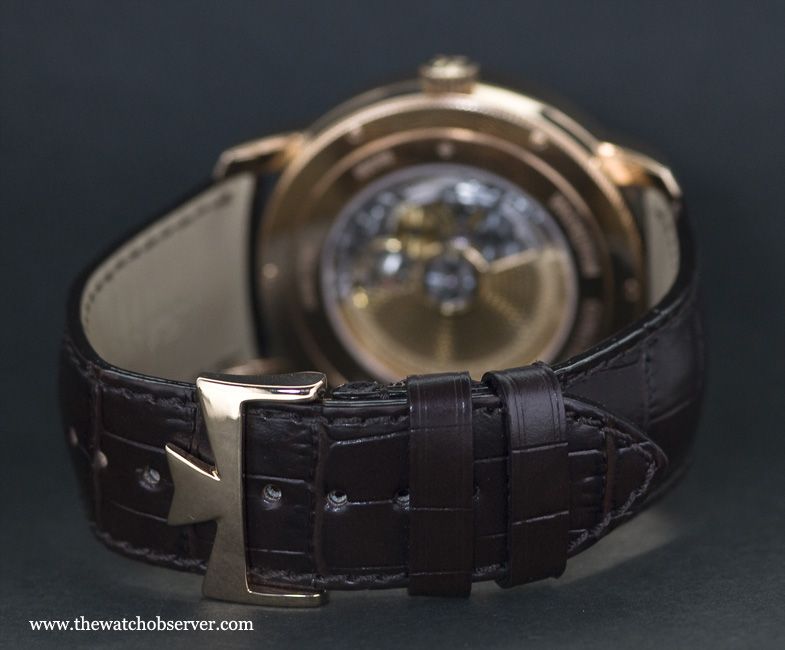 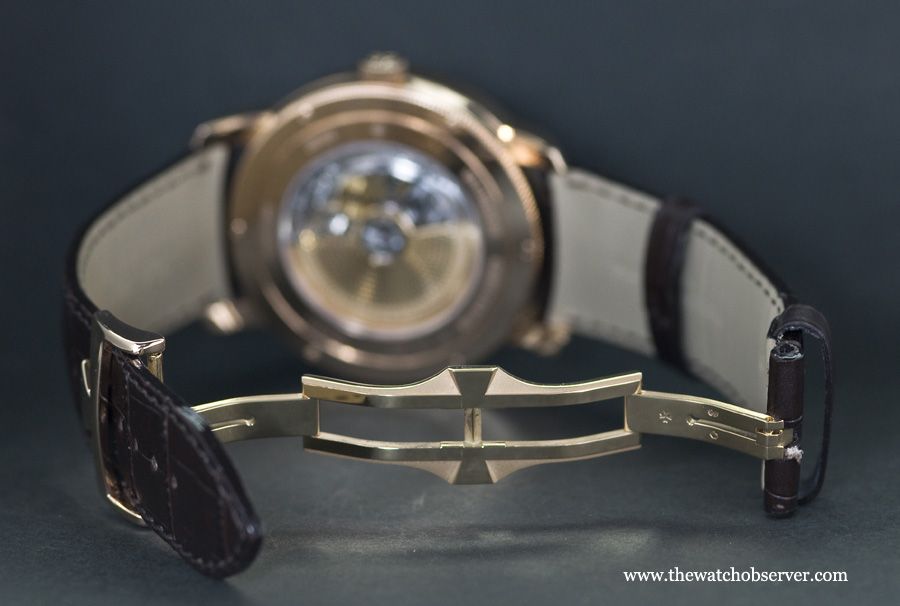 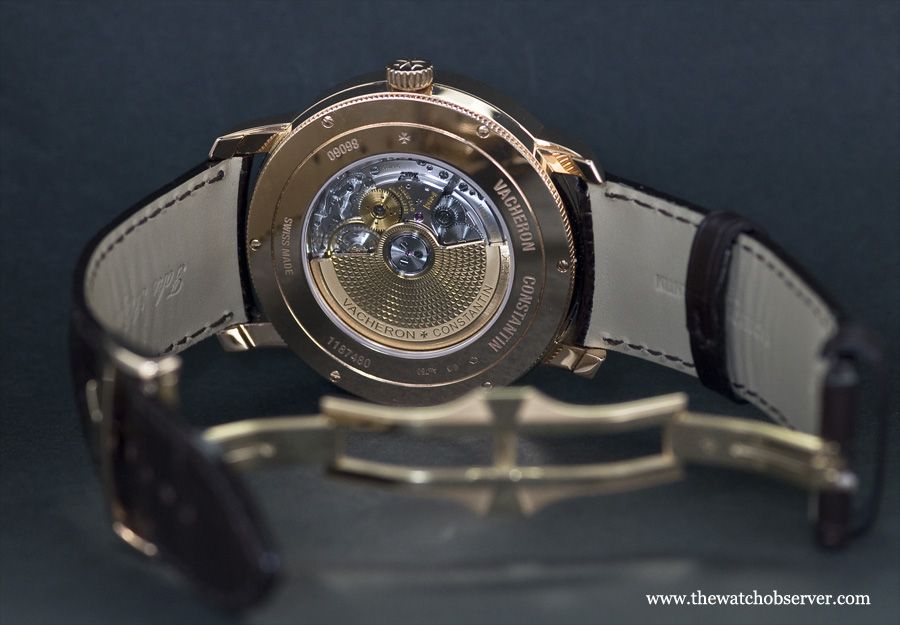 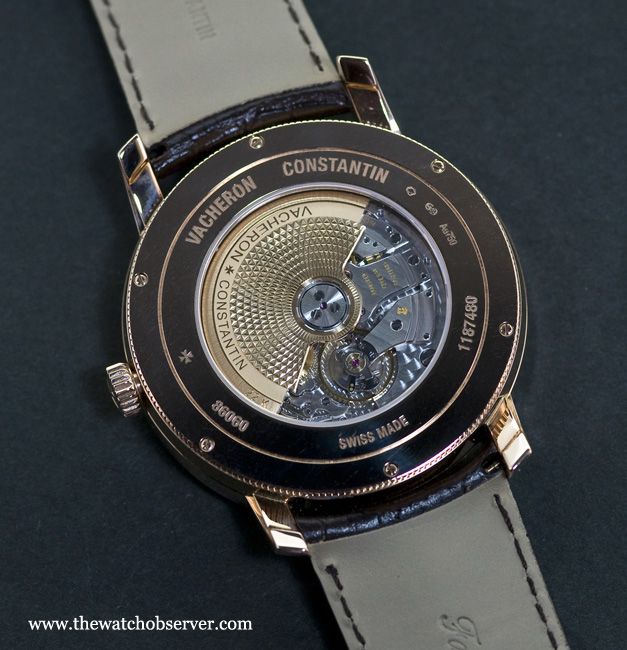 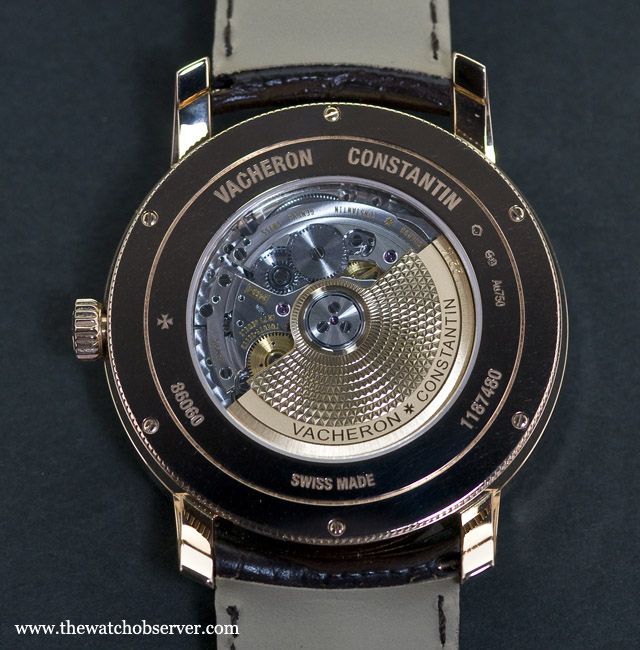 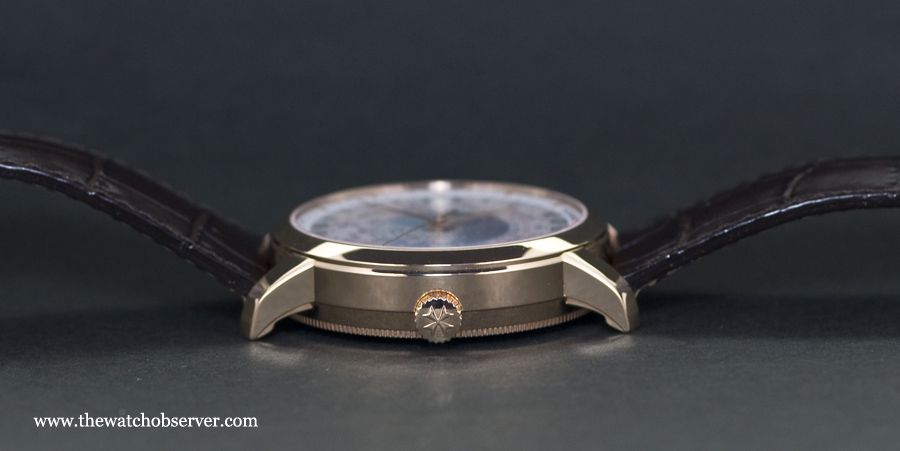 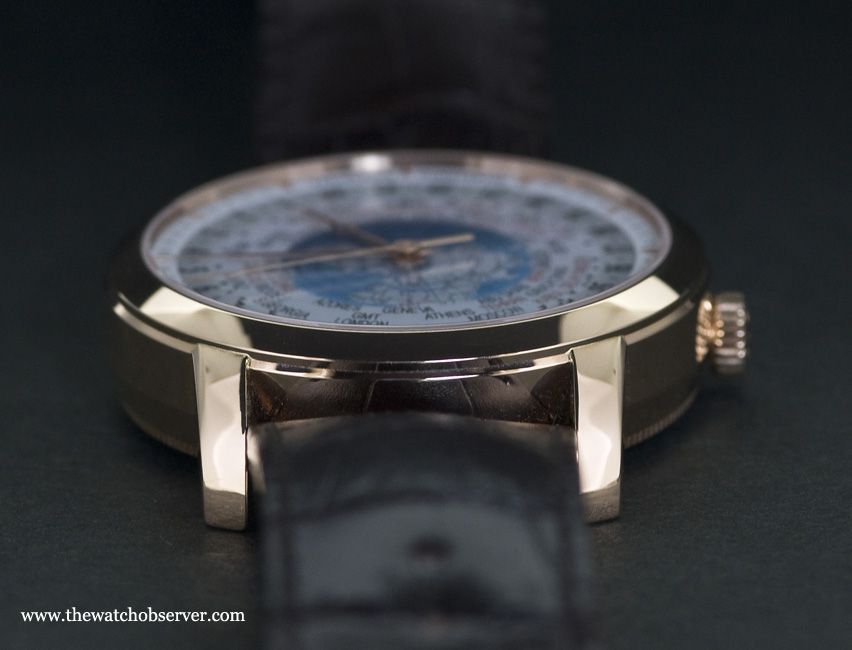 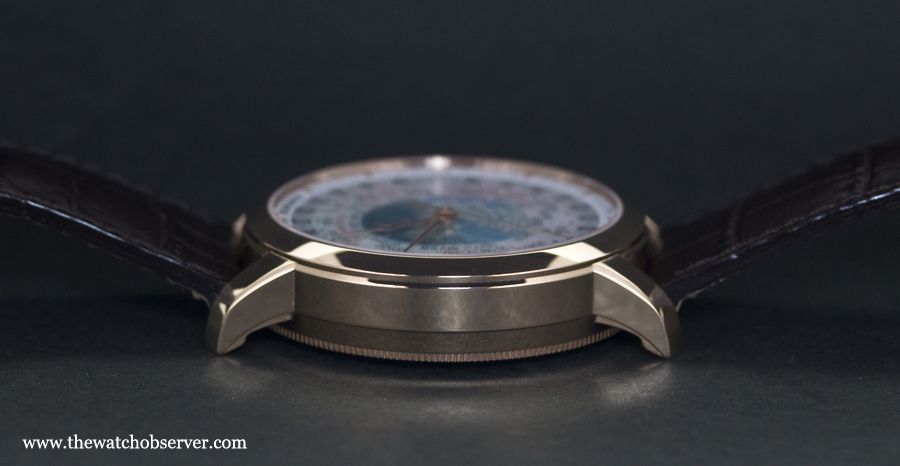 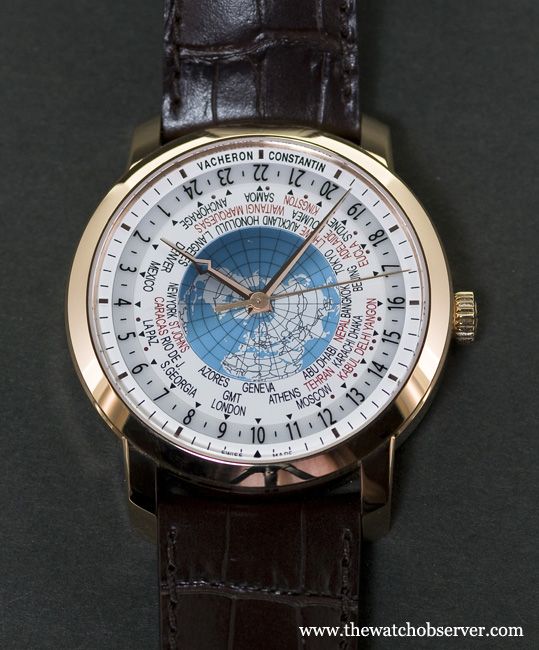 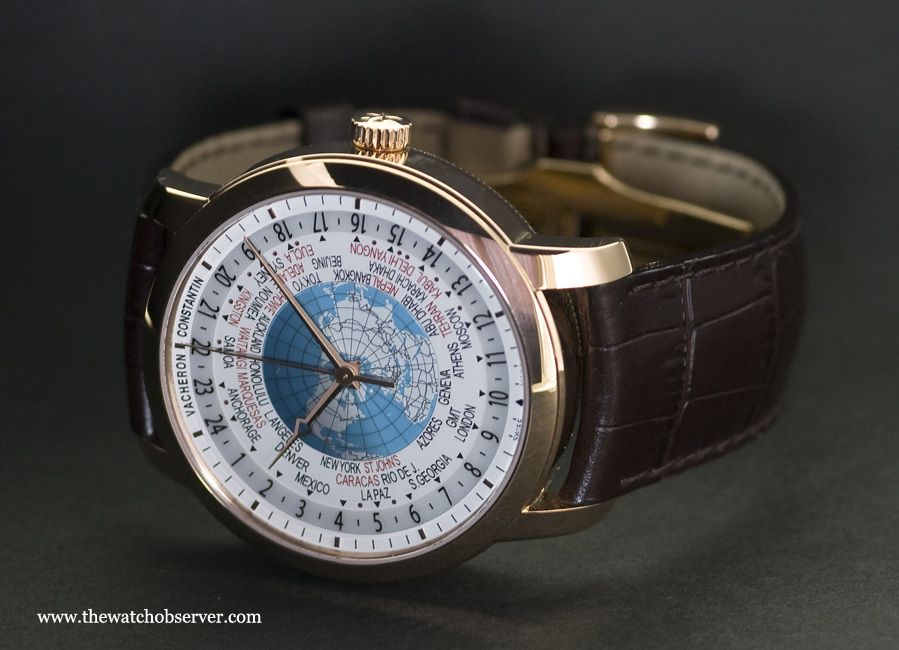 
Since the dividing of the planet into 24 time zones in 1884, many manufacturers have attempted to meet the challenge of coming up with a watch capable of simultaneously displaying the time in multiple cities around the world.

For over a hundred years since they started thinking about this particular issue, watchmakers have come up with several solutions to this problem.

The simplest, but least satisfactory solution is to add several movements in the same case.
There is however a slight problem: we then need as many movements as we want time zones – and we’re not even addressing the issue of the synchronization of these movements, or the size that these watches would have to be as a result!

The most common solution today is the so-called “GMT” answer (Greenwich Mean Time): the local hours/minutes are presented in a classical fashion, while another “GMT” hand goes around the dial in 24 hours.
This GMT hand lets you keep track of the hour of reference, also known as “home time”.  If this hand is then linked to a 24-hour rotating bevel, it then becomes possible to display three different time zones: the local time, the “home time” represented by the GMT hand on the dial, and a third time zone represented by the GMT hand on the bezel.

The most refined and complete example of this solution was the one proposed in 1935 by famous Genevan watchmaker Louis Cottier, who had an idea as brilliant as it was obvious: adding two “discs” to the local hours/minutes.

The first one would show the various cities, displayed relative to their corresponding time zone, while the second scaled disc, would make a full revolution in 24 hours.

All one had to do then was to choose a city of reference in order to instantaneously tell the corresponding time on the scaled disc.

The most accomplished Heures du Monde to date?

It’s clear then that the Patrimony Traditionnelle Heures du Monde is going for a “Cottier”-type display.

While several manufacturers have already taken it over, Vacheron Constantin has done a very
in-depth job putting together what appears to be the most accomplished Heures du Monde to date!

Heures du Monde watches typically have one-hour bearings for each of its complete time zones.
This technical restriction prevents them from displaying the exact time in countries with fifteen or thirty minute time difference with respect to GMT, such as Venezuela, India, or Iran…

This Vacheron Constantin solves this problem by being the first watch to simultaneously display thirty seven time zones, including partial ones, marked with red on the dial.

To allow for an easier reading, the center of the city disc is decorated with a Lambert projection,
a kind of flattened view of the Earth from the viewpoint of the North Pole.
This projection is as finely accomplished as it is practical: for example, to find New York and its corresponding time zone, just look for the North American Continent.
It’s a child’s play!

As an ultimate refinement, a third sapphire dial projects a shadow over the countries during nighttime (between 6pm and 6am).
To watch night slowly move across the Earth is simply grandiose.
It’s reminiscent of being on a plane flying at a high-enough altitude and velocity to catch-up with the sun, thus allowing one to enjoy sunsets and sunrises for several long minutes!
On a more prosaic level, this also prevents you from calling someone in Beijing at some unearthly hour.

In action, the Patrimony Traditionnelle Heures du Monde is equally surprising in its sobriety and simplicity: it successfully meets the challenge of displaying 37 time zones with corresponding night and day areas, all of this with fewer hands than a simple chronograph!
It’s worth noting that the majority of the adjustments are done using the crown while many other “three-hand” watches actually require a push button to just correct the date…

A work of amazing quality

The movement is a manufactured Vacheron Constantin 4 Hz caliber, Poinçon de Genève-certified and equipped with a solid gold oscillating weight.
The finish is excellent, though very classic (stippling and Côtes de Genève motifs).

The making of this watch is indeed consistent with the watchmaking benefits that it claims to offer.

The 5N pink gold-plated watch case has a magnificent, almost red, shade to it.
Its design, typical of the Patrimony high-end range, combines art deco elegance with a touch of modern, in particular with regards to the lugs’ contour.

The finish on the dial and Dauphine hands are nothing short of perfect.

The readability is excellent for this type of watch – even if it requires very good eyesight to be able to read the names of the cities.

The reasonably-sized diameter of this watch makes it very comfortable to wear.
One slight drawback: the complication’s module is rather thick and forcing the crown to be located near the bottom of the case, and close to the skin.
This can lead to a certain level of discomfort if the top of your wrist is more on the sensitive side.

Finally, this Heures du Monde comes with a brown alligator wristband fastened with a magnificent pink gold folding clasp, secured with a small screw.
Not very practical if you want to adjust the strap in the middle of the day, when your wrist has a tendency to swell.
On the other hand, this system lets you secure the strap in the clasp so you don’t lose your watch…

This Vacheron Constantin Patrimony Traditionnelle Heures du Monde is a watch that we see only too rarely: one that combines mechanical feat with great visual and practical simplicity, all in a very elegant watch case…
This must be the Haute Horlogerie that we keep hearing so much about!