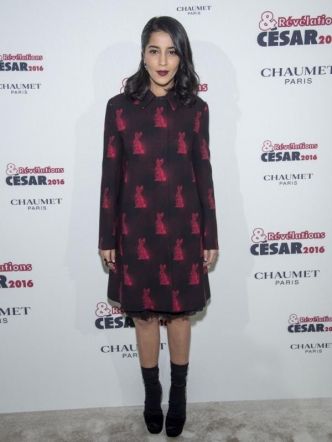 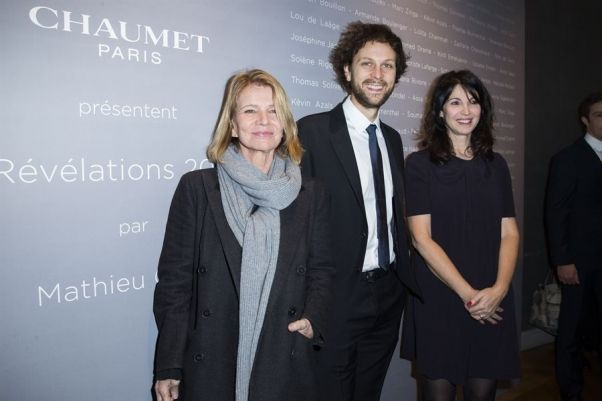 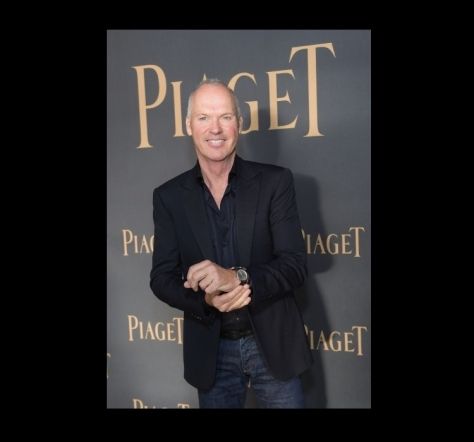 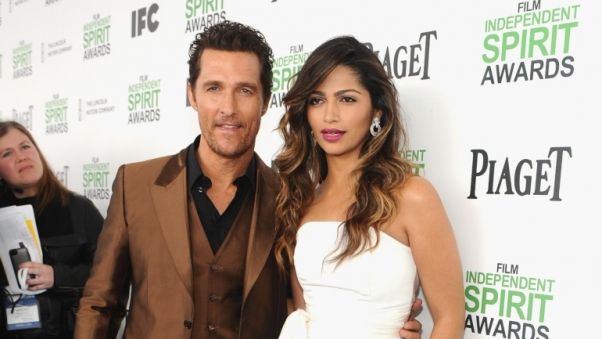 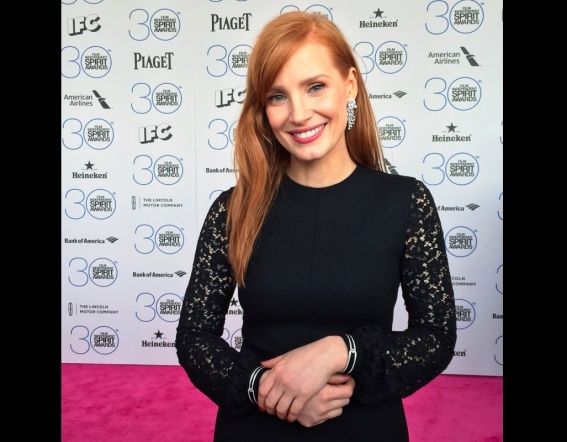 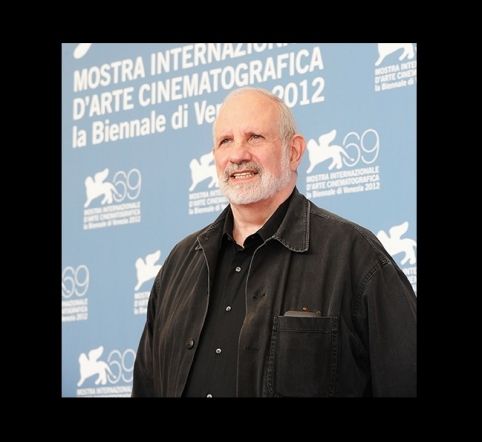 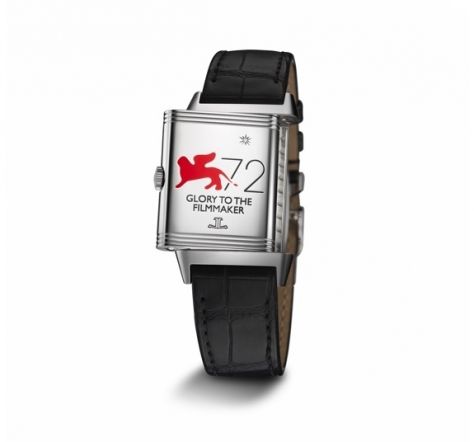 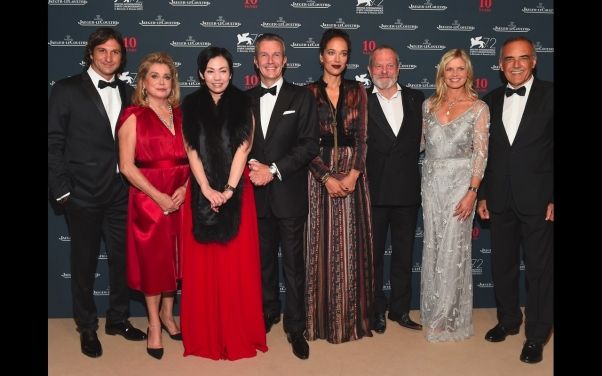 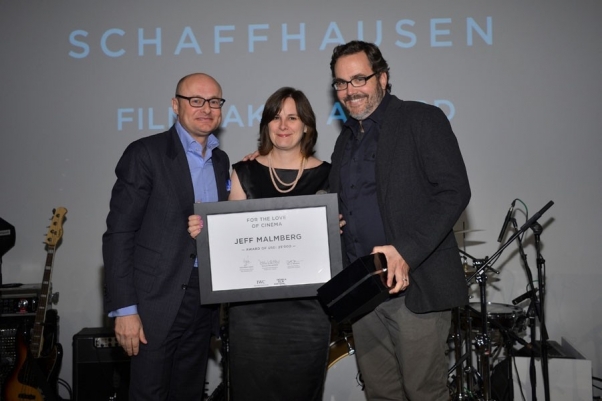 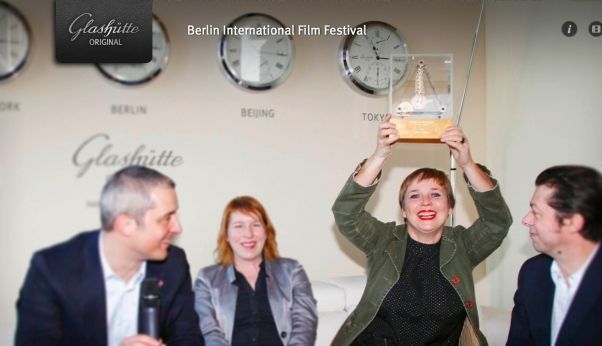 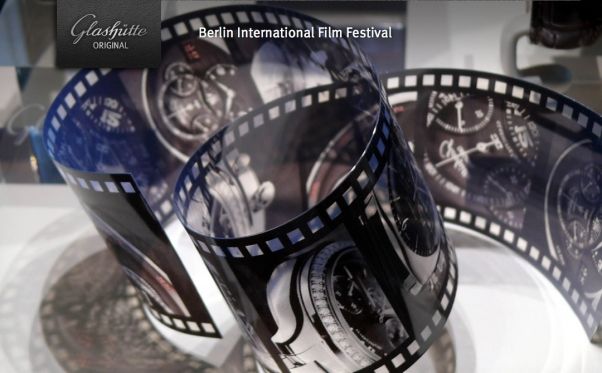 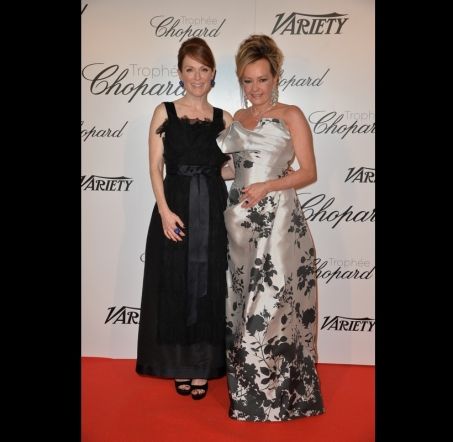 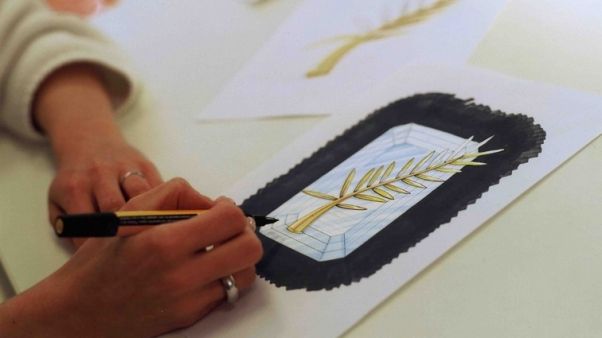 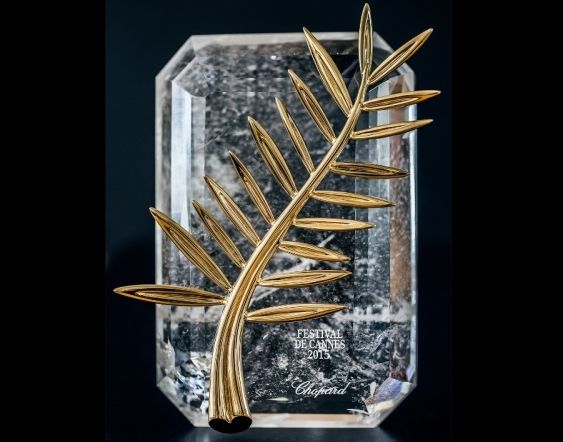 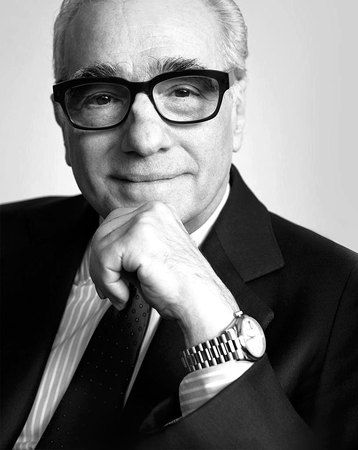 Note to our readers:
This article was written in collaboration with the FHH (Fédération de la Haute Horlogerie), which is, most notably, the organizer for the prestigious SIHH, which opens its 16th edition today.

While it’s still customary in the watchmaking industry to adorn the wrists of movie stars attending festivals in order to maximize the exposure of the particular model worn in a prestigious environment, it is no longer enough.
The main brands are from now on looking to get top billing.
And they are achieving this with various degrees of success.
This is why we invite to discover the 8 top-billing watches of the 7th Art (in alphabetical order).

Chopard and the Cannes Festival

The Maison Chopard name figures prominently on the top of the bill at the Cannes Festival since 1998.
In just under 20 years, the watchmaker/jeweler has indeed become the key partner of this great festival.

The relationshipbegins when Pierre Viot, then the Festival President, asks Caroline Scheufele, the company’s co-Chairwoman and Chopard’s Artistic Director, to redesign the Festival’s Palm. 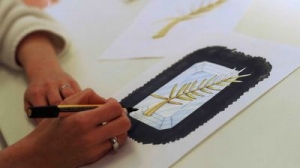 Since then, Chopard and the Festival have continuously strengthen their relationship so much so that the Swiss firm company, no longer satisfied with simply being the Festival’s official sponsor, is now everywhere:
In the hands of the award-winners receiving the precious Palm and its mini-replicas manufactured in the firm’s workshops.
At the Chopard Rooftop of the Hôtel Martinez, where the “crème” of the movie industry parades night and day.
At the Gold party, one of the most popular at the Festival.
On the red carpet, of course, on the stars’ wrists and necks.
And finally, at the presentation of the Chopard Trophy awarded to two new promising talents.
The watchmaker/jeweler from Geneva has indeed created this prize in 2001 to contribute to the event’s artistic influence.

An excellent means to maintain its support to the world of cinematographic creation, and its legitimacy in that domain.

Glasshütte Original and the Berlinale

Along with Venice and Cannes, the Berlin International Film Festival is one of the movie industry’s most important international meetings.
Affiliated for the last 5 years with the Berlin event, the Saxon firm Glasshütte Original, a subsidiary of the Swatch Group (the #1 world leader of the watchmaking industry), is thus under the spotlights for 10 days every year in February.

Alongside the main events that are the presentation of the three highest awards – the Golden Bear, Silver Bear, and the Grand Prix, a special prize is awarded by Glasshütte Original.
Indeed, during this event the manufacturer, in partnership with the Perspektive Deutsches Kino, hands out a 15,000€ grant designed to help one young German filmmaker with the achievement of his/her project.

Finally, we should point out that Glasshütte Original is also present in the music industryas a festival sponsor – particularly in Dresde with the MusicFestivalAward.

The Schaffhausen manufacturer, which will introduce its new collections of pilot’s watches during the 2016 SIHH, figures prominently on the award-winning list of the watchmaking brand names most involved with the filmmaking industry.

From New York to Zurich, via and passing through London, Dubai, Beijing, and as of last year, Singapore and Angoulême, the Richemont Group subsidiary is increasing its appearances as official Festival-Time partner.

Its commitment, away from the main glitter, allows it to promote tomorrow’s new talents – such as the IWC Filmmaker Award prize which provides financial assistance to up-and-coming filmmakers’ projects.

As IWC’s CEO Georges Kern explains: “I am delighted to promotepromising young talents in the filmmaking industry. Story telling is an essential element that is deeply rooted in everything that we do, the same way excellence in technical achievements is, both of which are key elements of great movie-making.” 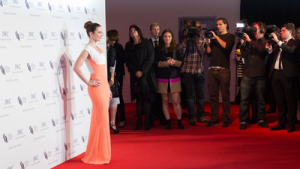 Jaeger-LeCoultre: supporting the world of films in general

If there is one brand name that deserves a grand prize for its sponsorship of film events, it’s most likely Jaeger-LeCoultre – which is celebrating the 85th anniversary of its iconic and timeless Reversoat the 2016 SIHH.

Actively engaged in the world of moviemaking for the last 10 years, the Grande Maison begins its love story with the motion pictures by forming a partnership with the oldest film festival in the world, the Mostra, or Venice International Film Festival.

Isabelle Gervais, Director of Public Relations and Partnership at Jaeger-LeCoultre, speaks of this relationship: “This partnership has given us the opportunity to achieve the affinity (kinship) that a company like ours can have with the world of movies, and the making of films. We are both in our own ways creators.”

Over the years, the presence of the Grande Maison in the world of films has been considerably increased, manifesting itself in various forms.

Furthermore, away from the glitter and spotlights, its participation commitmentgoes above and beyond that of a simple marketing operation.
Thus, for the last three years, Jaeger-LeCoultre has done an annual sponsorship for a 6-week artist residency in New York, in partnership with the Film Society of Lincoln Center.
Moreover, the Richemont Group subsidiary also presents an award to a film director in Los Angeles and Shanghai, a city in which the watchmaking firm has contributed to the restoration of old films.

Isabelle Gervais clarifies: “We are not increasing the number of initiatives for sheer pleasure. The idea is to provide support to the world of filmmaking in general”.

Finally, for the watch enthusiasts, on the occasion of the Mostra festival, Jaeger-LeCoultre produces a personalized Reverso that is presented to the prize-winners (Best Director, Best Female, and Best Male Performances). 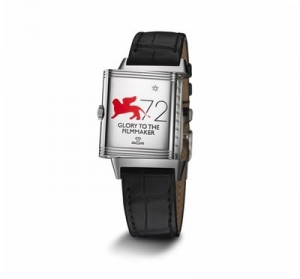 Piaget and Chaumet: the Awards

Besides the festivals, dark movie theaters, the red carpets, and gala dinners, there are the awards, the opening ceremonies and other major celebrations of the 7th Art – many of which are sponsored by certain brands.

Piaget is one of those brands.

Adorned very regularly by the biggest film stars, the watchmaker/jeweler to whom enthusiasts of fine watchmaking owe, in particular, the impressive Piaget Altiplano 900P (with its mere 3.65mm in thickness), this prestigious firm is also a partner in the Spirit Awards which, wrapped in glamor, gives out awards to the best independent films.

Rolex and its artistic mentoring program

The famous brand with the crown, to whom we owe, among the ranks of legendary watches, the Rolex Submariner and the Rolex Daytona, initiated an artistic mentoring program in 2002.

In short, this international patronage program founded by Rolex and managed from the firm’s headquarters in Geneva has the sole purpose of seeking out young and particularly talented artists around the world, and giving them an opportunity to work for a year with a master in a one-to-one mentoring relationship.

Since its creation, the program includes protégés – to use the program’s terminology – who come from every artistic backgrounds: architecture, dramatic arts, visual arts, dance, literature, music and, of course, film.

In order to assist them during this year of creative collaboration, the Rolex Program of artistic mentorship calls upon prestigious mentors – again, using the program’s own terminology – such as Martin Scorcese, Stephen Frears, Mira Nair, Zhang Yimou and, in 2015, Alejandro Gonzalez Inarritu. 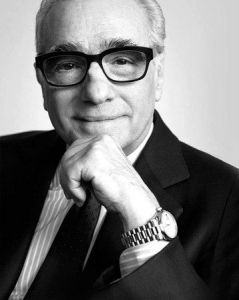 Swatch and the promotion of new talents

Swatch, which has given us not long ago the revolutionary Swatch Sistem51, has been working in close collaboration with artists for over 30 years.

The Swatch Art Peace Hotel, opened in 2011 in the heart of Shanghai, is a perfect example of the brand’s commitment to supporting artistic talent and creation.
Its concept is simple: to offer the use of 18 studios to artists – amongst whom are young talents coming from the world of films – in order to give them the opportunity to live and work in a stimulating urban environment.
On the moviemaking side of things, Swatch had briefly offered its support 15 years ago to the Festival del film Locarno.

The Swatch Group brand has once again taking top billing in 2015 by signing a partnership agreement with this historical festival.
The announced objective: to strengthen its involvement in promoting new artists in the field of the creative arts in general, and more specifically films.

Within this framework, the Swiss watchmaker gives out the Swatch First Feature Award to a young director, a trophy that duly comes with prize money.

The jury has also agreed to have a special mention in the form of an invitation to an artist residency at the Swatch Art Peace Hotel in Shanghai.

Lastly, Swatch contributes to the management of the Locarno Summer Academy which makes it possible for young people from all over the world to participate in a variety of programs on the art of film directing.