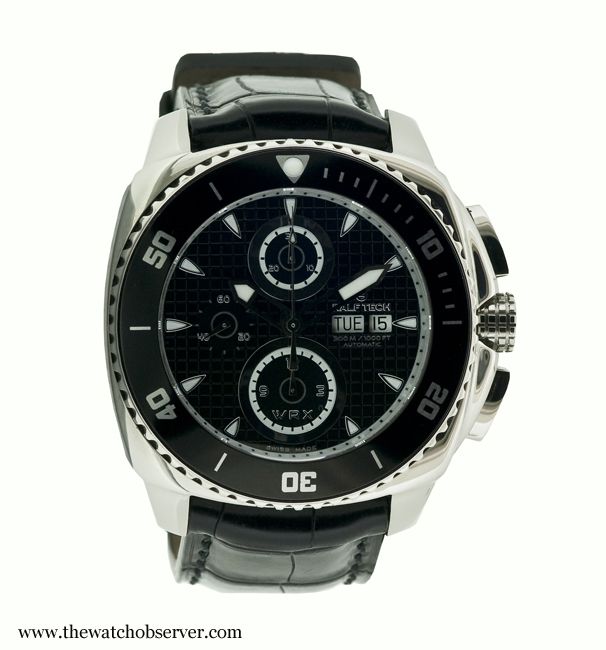 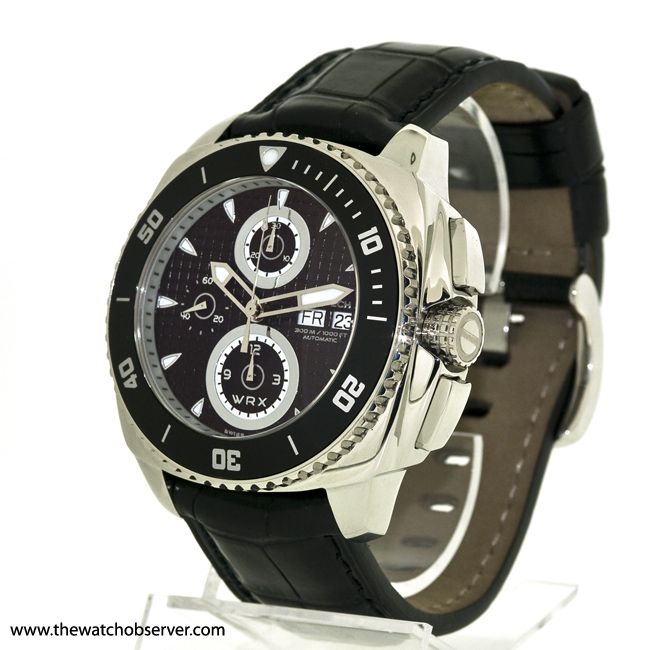 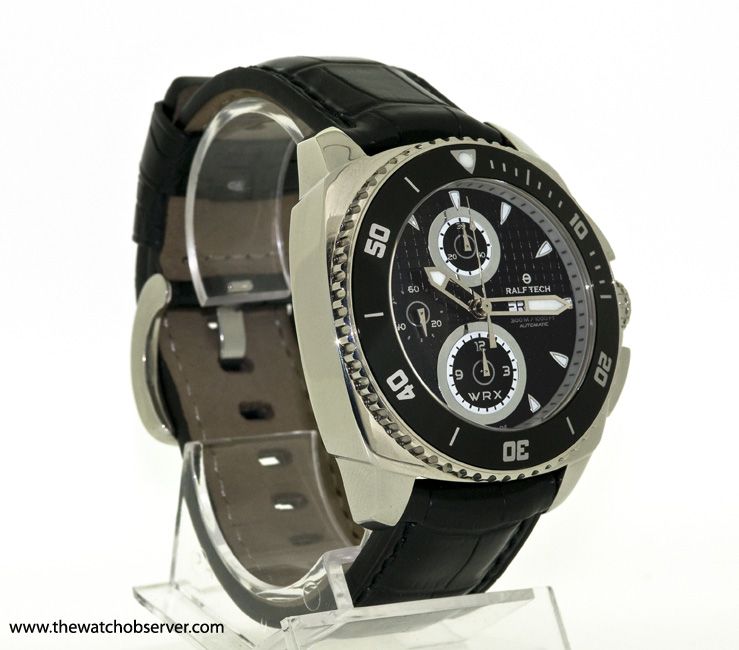 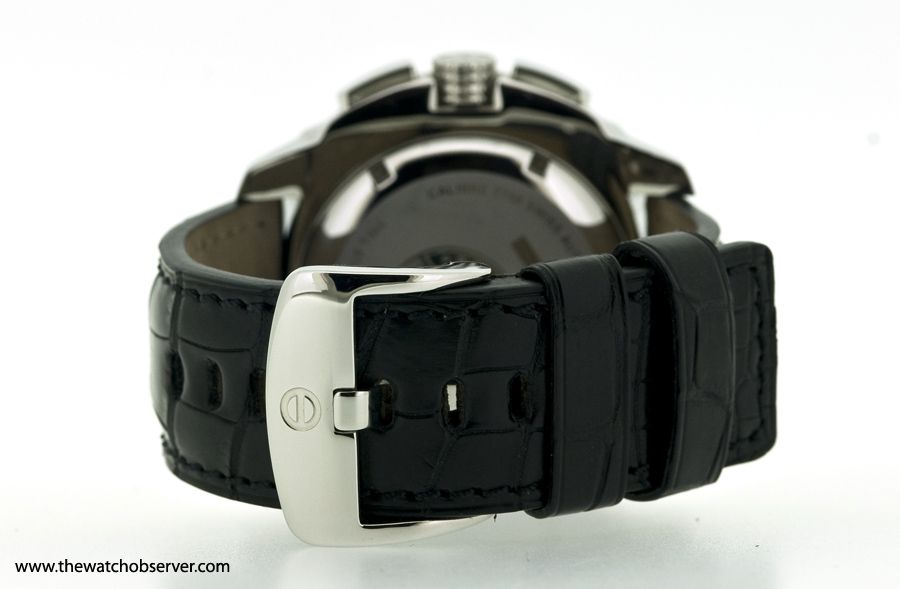 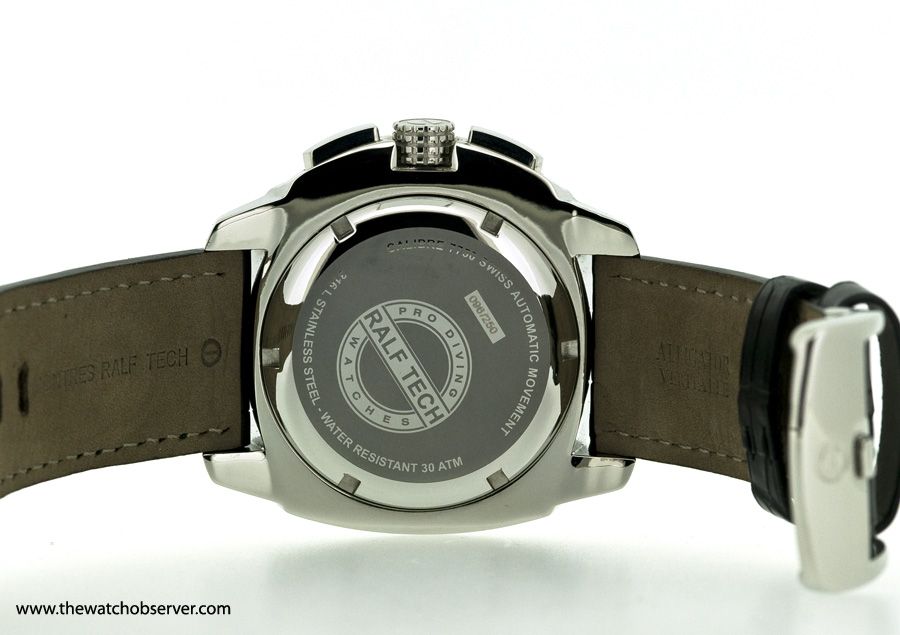 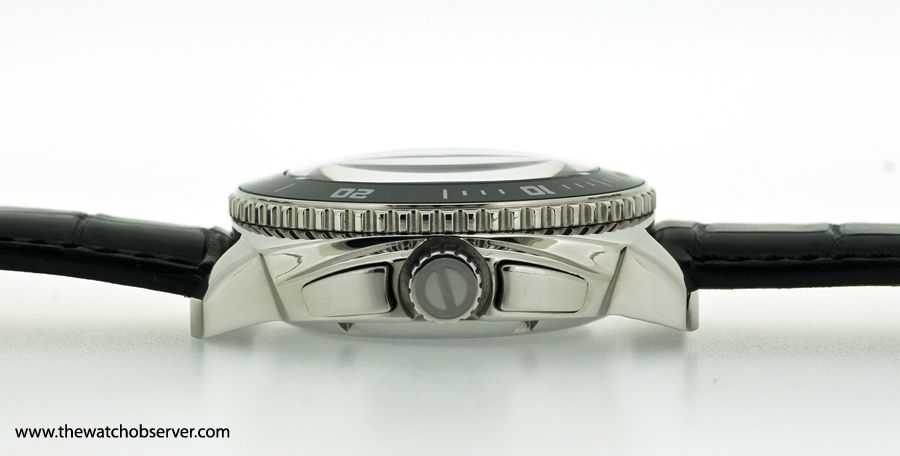 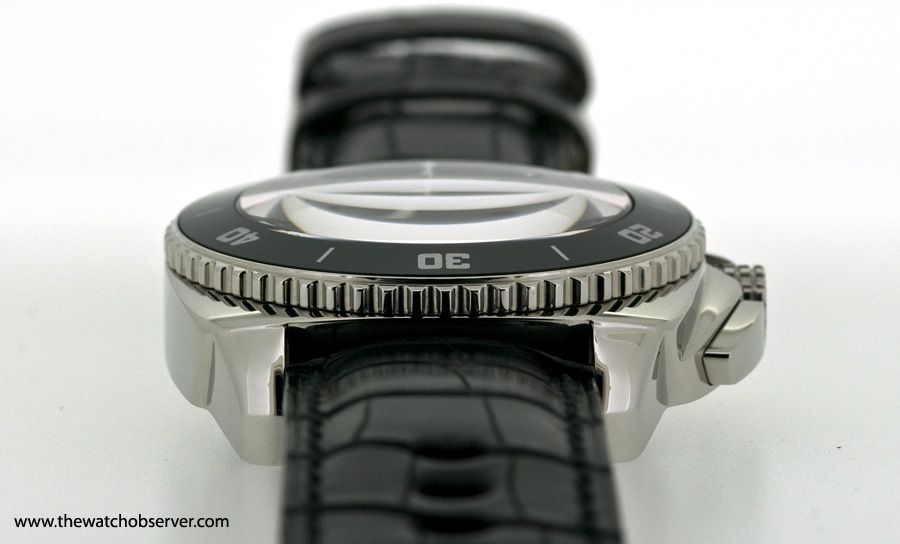 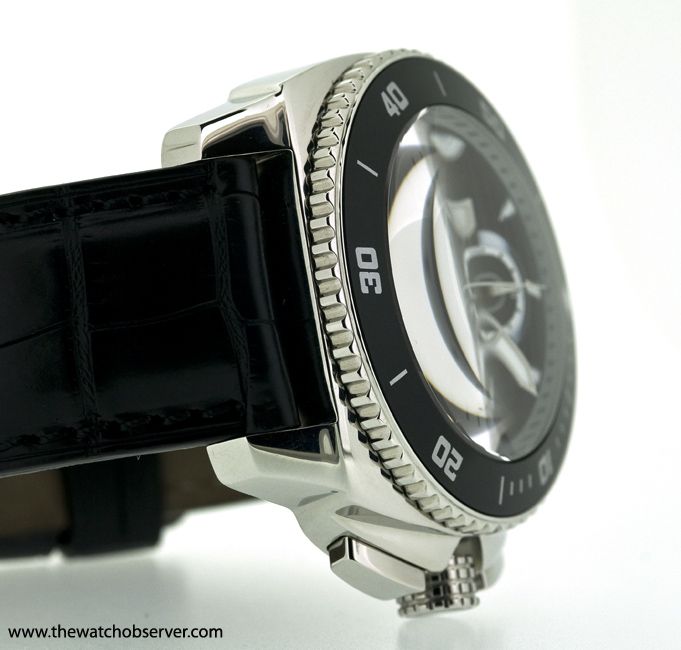 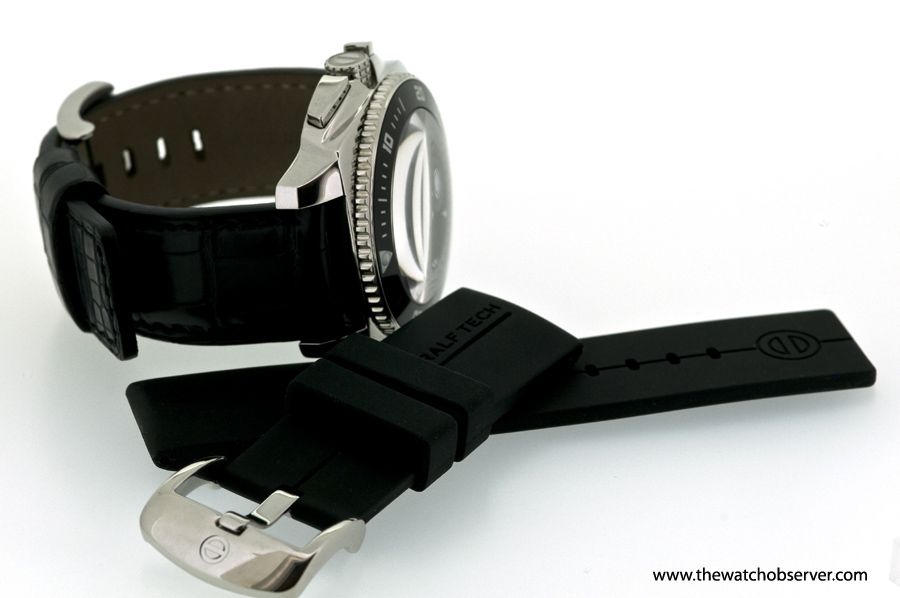 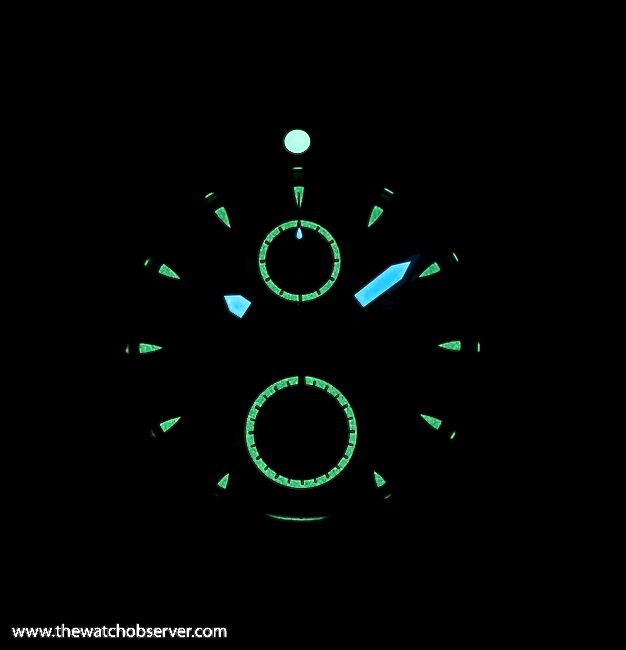 Ralf Tech is a new young brand revealed to the general public in 2008.
Its founder, Frank Huyghe, has resold his diving equipment company in order to thrust himself into the watch making adventure and create his own watch brand.
World record holder of depth of diving (-330 m) with Pascal Bernabé, Ralf Tech is a brand to be discovered.

First claim from Ralf Tech : the systematic test of the dive watches in real conditions.
They go through hyperbaric box beam at the indicated depth in order to check their waterproofness.
A substantial precaution when a lot of brands content themselves with theoretical resistance.

With a casing equipped with double 47.5 mm diameter seals and a 5.9 mm thick sapphire, this Ralph Tech seems well carved to face several outings to the sea.

The global finishing is correct but could have been improved, in particular for the dial, a bit rough.

… combined to a strong personality

It is obvious that the Ralf Tech WRX is not a “shy” watch : it immediately stands out !
It is nice to notice that, even if evident inspirations from the competition are found (hands and cushion shape casing of Panerai type, “Méga Tapisserie” motif of the dial from Audemars Piguet, for the most obvious…), the WRX has a peculiar and endearing personality. 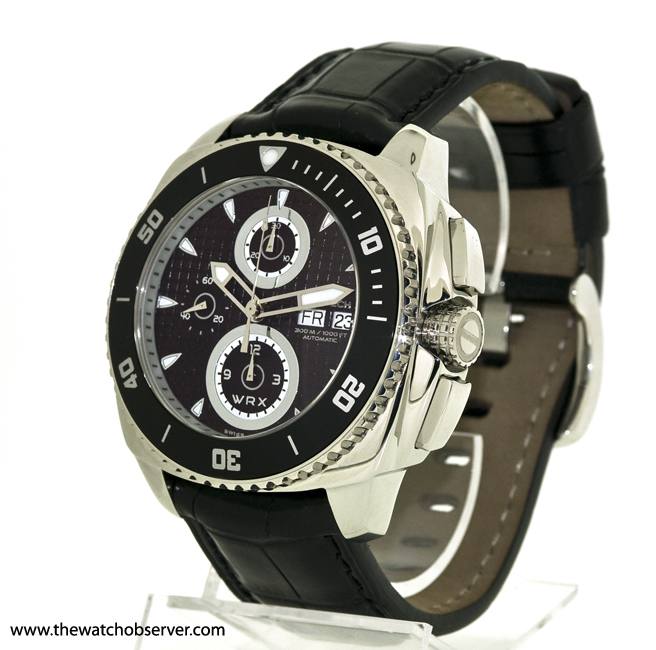 A dive watch… that reminds of the automobile world

Paradoxically, although the brand’s discourse and its founder experience are really diving directed, this WRX rather reminds of the automobile world.

First with its name !
WRX City Explorer C, it sounds more like a trendy ATV than a diving tool, right?

But the comparison does not stop there : as the super powerful American “muscle cars” but at the end not really adapted to a sport driving, the WRX City Explorer C seems indestructible but will be more comfortable in the urban exploration than in the sub-marine one : the readability is average, nightly and daily.

As for the chrono, it is certainly more present for the look than to improve the performance : simply because it cannot be used under water and its doubtful graduation does not match the movement’s frequency.

The hands stopping between the markers cannot allow an accurate measure of the time of cooking of the pastas, once back on dry land…

Let’s be clear : despite its 300 m waterproofness, the Ralf Tech WRX City Explorer C is not a watch thought for diving.
Nevertheless, its strong personality combined with a pleasant design produce an interesting alternative for someone who is looking for a different and endearing watch.
Only the price seems a bit ambitious on this chrono version…
The 3-hand models offer the same looks for a more reasonable price.