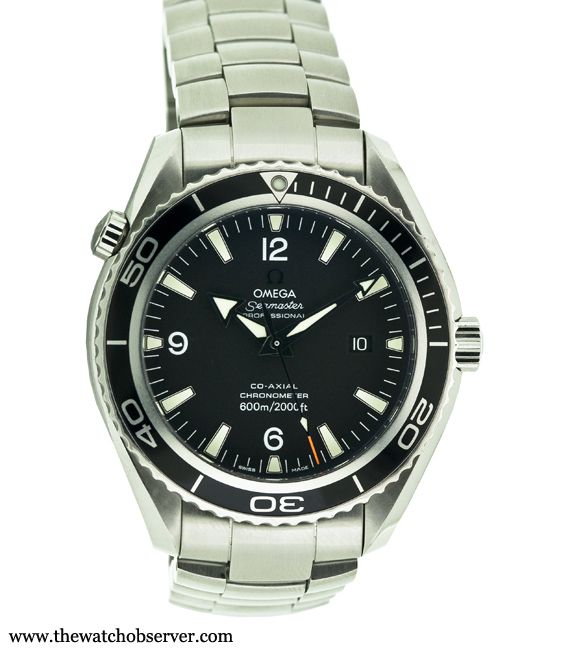 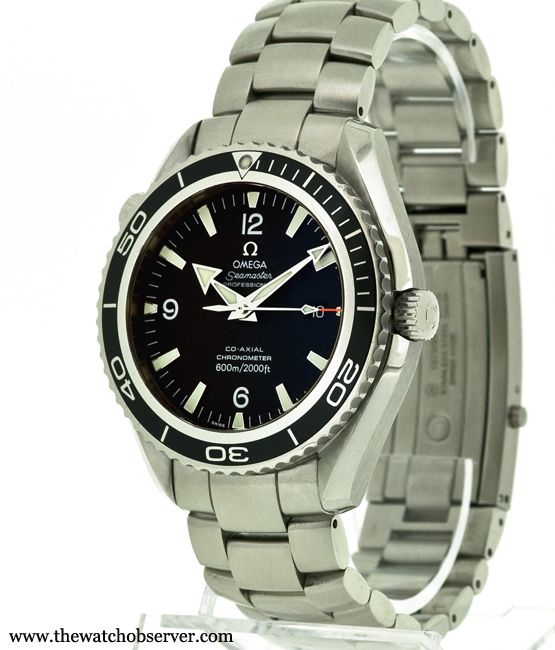 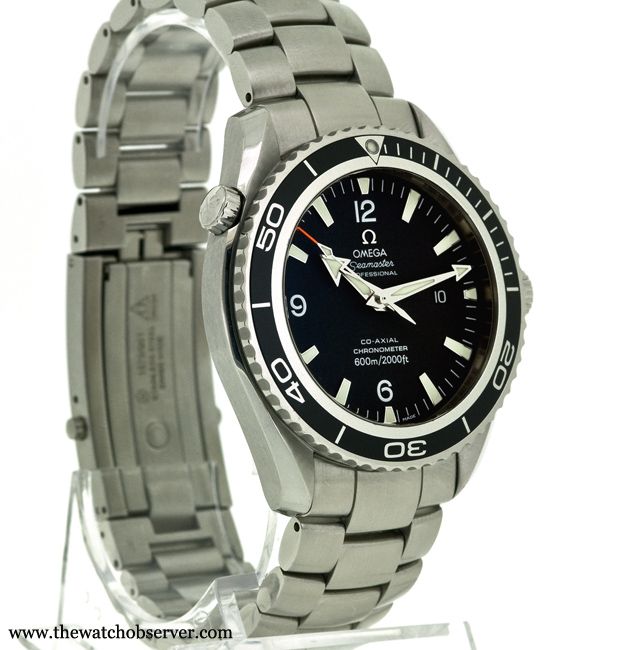 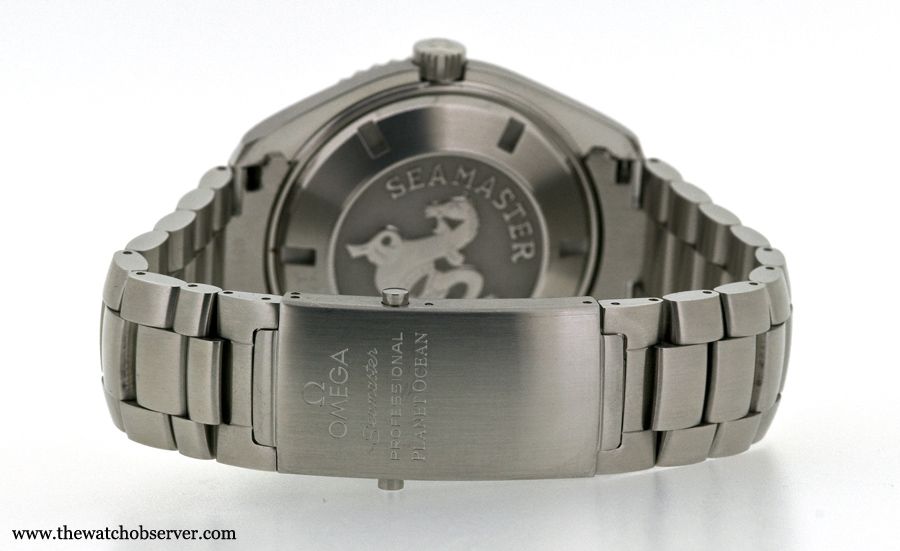 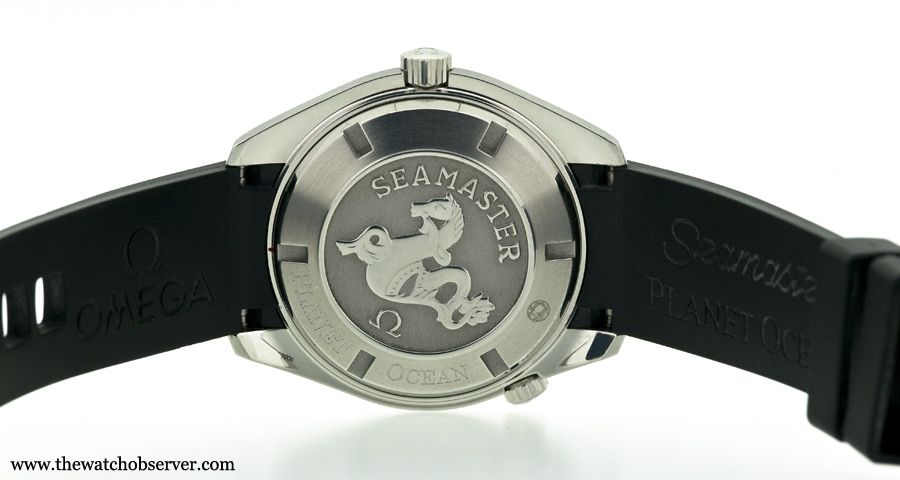 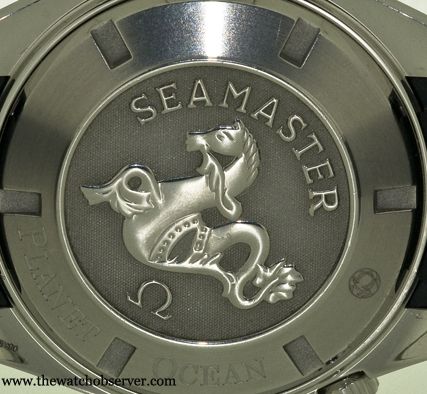 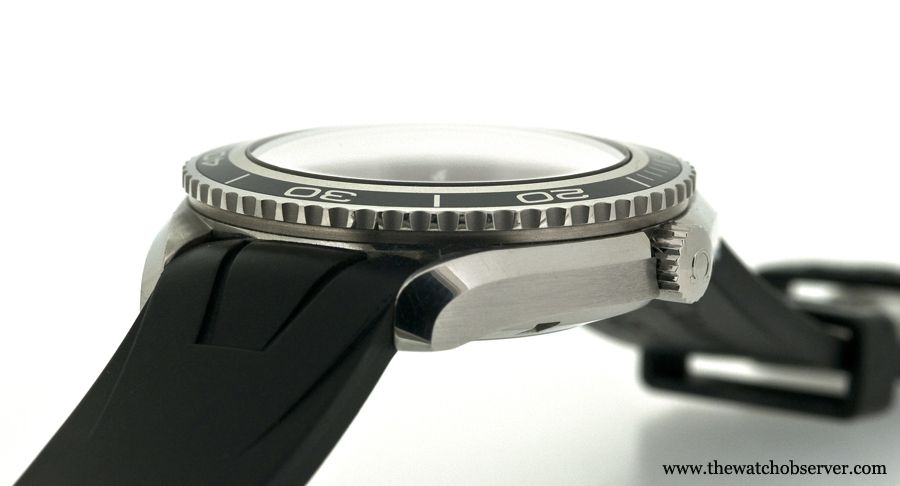 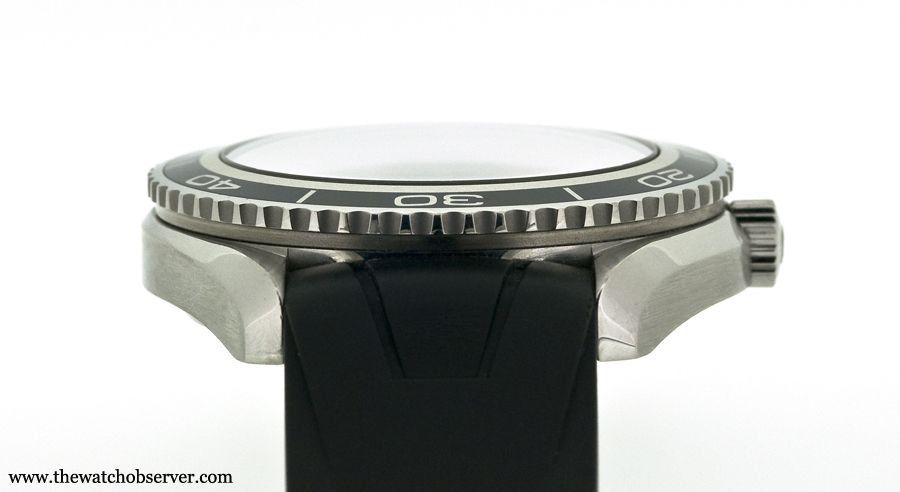 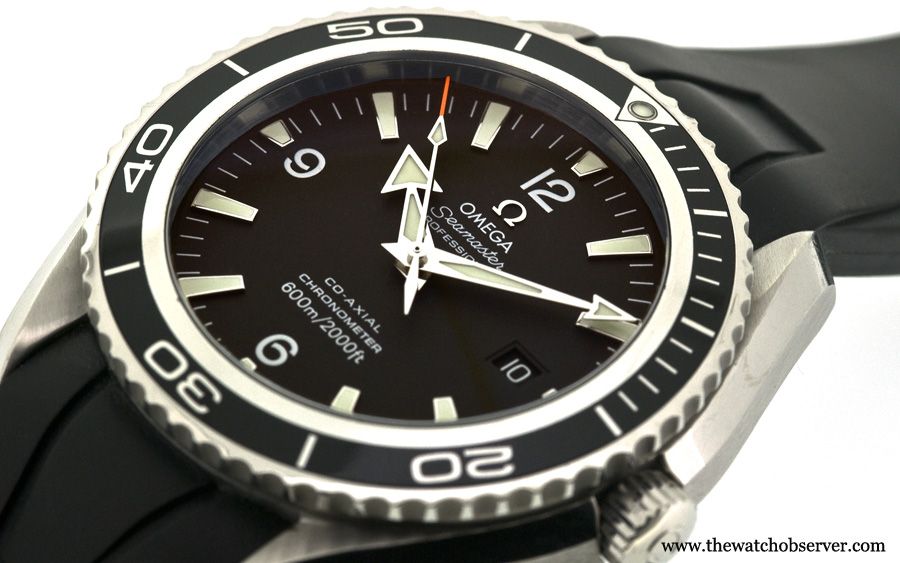 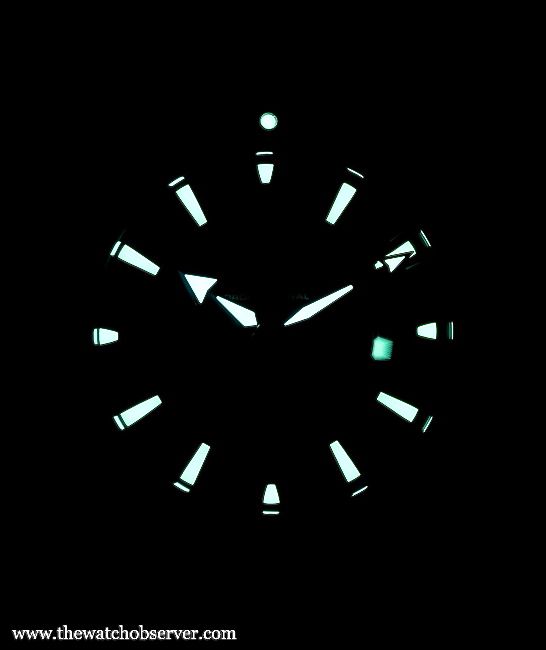 A clever blend between preservation of an identity…

This Planet Ocean revives the esthetical codes of its predecessors  borrowing miscellaneous elements from all Seamaster generations:

… and an update of the model

But it is has also been able to interpret its codes in a new way in order to modernize them and create a current watch:

By the way, Omega remains down to earth, by increasing the classic waterproof up to 300 meters (common to most of the diver’s watches) without looking for quite useless new depth record.

Thus, a clever blend, between the preservation of an identity and an update of the model, an often difficult balance to reach without excess.

Moreover, it allows to get a restrained sized watch, although a little thick and heavy, a feeling lessened thanks to the comfort of the metal strap.

The strap, a model of its kind

This strap is a model of its kind: a simple and elegant design, a safe and convenient clasp well merged with the rest of the strap.
It thus does not offer any hold at all that may take off the strap.
It also includes an extension for wetsuit that is included in the clasp, easy to access but with a safe blocking.
No big fuss, no convoluted system. Efficiency and safety.

As for the 2500 caliber and its coaxial escapement, which, after several youth mistakes, happened to be very reliable and accurate. Its ETA 2892 base, an already wellborn caliber from the beginning, enriches itself with an optimized self-winding (as on the previous versions of the Seamaster) along with Dr Daniels’ famous coaxial escapement.

To put it in a nutshell, this system allows an increasing of the isochronisms accuracy on the long term thanks to a less important levee angle of the balance.

In short, a simple but efficient Omega watch, really designed for diving.
Even if its detractors will think that it is a little too much bright.

Maybe, but the time of real tool-watch has revolved…. to the benefit of formal diving watches.